The Antipolitician: the Good, the Bad, and the Ugly 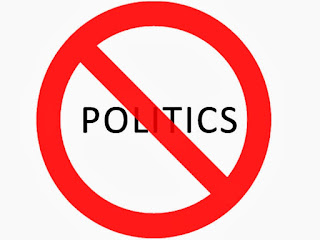 Antipoliticians arise when people become disillusioned with typical politics. They appeal to voters who are tired of being lied to by politicians. These voters see a ruling class that pays no heed to them once they have been elected and then push ahead with an agenda that bears no relation to the lives of voters.

Voters all over the world have become cynical and disenchanted with a political system that rewards politicians with cushy jobs for life. The culture of entitlement among the political class runs deep. Although not everyone does, many politicians serve a term or two in office and are then rewarded with a plum appointment.

Many of these voters feel left out. For them, there are no cushy jobs with gold-plated pensions. Often there are no jobs at all. At one time, politicians would do what they could to help voters, but now no more. Voters feel powerless. In their frustration, they often turn to those who present themselves as antipoliticians.

I didn't realize the term existed until I saw antipoliticians in action and wanted to describe them. I thought, perhaps, that I might have invented the term, but that is not the case. I discovered that there are many such men and women. Every country has some. Antipoliticians often have many followers, and they can often be entertaining, even if some of them do rub many people the wrong way. 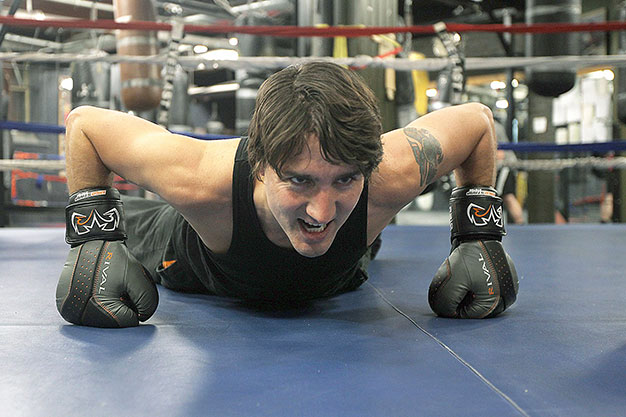 I learned quickly that they can be divided into three categories: the good, the bad, and the ugly. Let me give a few examples from each of these categories. My examples will come mainly from the US and Canada, but every country harbors them and no country should fashion itself as immune.

Sanders, a self-described a socialist who is campaigning for free college, universal healthcare and a tax on Wall Street, is clearly anti-establishment. His appeal is especially strong among millennials and others who agree with his policies. Thus, he is like a breath of fresh air not only in comparison with the Republican candidates but also when compared to Hilary Clinton who is definitely an establishment figure and, therefore, likely to become the Democratic nominee for president. 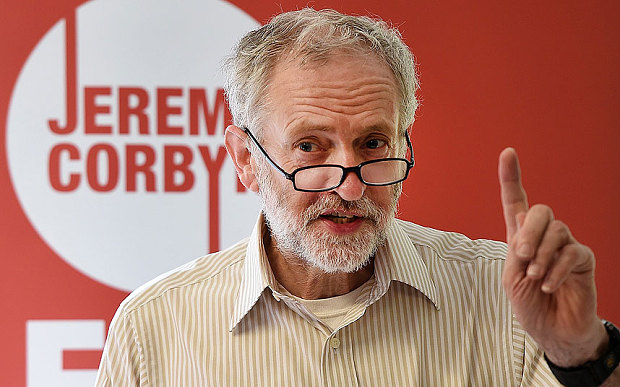 Corbyn, the new leader of the Labour Party in England, was chosen largely because of the antipolitical feeling in that country. Yet this antipolitician's politician is one of the most political people of all, but he's not an inside-Westminster politician, and that is what made him so popular among Labour supporters, especially that segment of the population who are tired of scripted politics, where a leader must look a certain way, speak in platitudes and never, ever, offend anyone. Corbyn with his extreme left-wing views and crumpled shirts does offend traditional politicians even within his own party.

Trudeau, the newly elected Prime Minister of Canada, is highly popular. He was elected because he advocated change after almost a decade of Stephen Harper's highly ideological reign that left many Canadians frustrated and unhappy. During the election campaign, Trudeau’s most frequent response to criticism of his own largely formless policies has been that others were "playing politics" or being "divisive."

Trudeau's approach to politics is not ideological but an image-conscious one that involves sports like hiking, boxing, and kayaking. The message he sends is this: relax, indulge your yearning for change, and don't be afraid of any novelty. His approach is evidently the correct one in the antipolitical and anti-establishment mood that prevails in many countries today.

The are also many bad antipoliticians. I will mention only a few: Silvio Berlusconi and Rob Ford (although of the current crop of Republican candidates many could be lumped here as well), These are for the most part bad men who have somehow captured the current anti-establishment mood and have ridden it to electoral success. 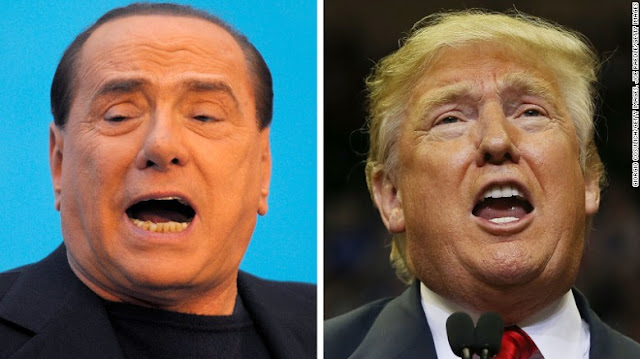 Berlusconi is still a controversial figure in modern Italian politics, His tenure as Prime Minister was marked by scandalous sex affairs, conflict of interest, and poor decision-making. He entered politics with a personal brand in place, thanks to his fame as a media and sports entrepreneur. That and his wealth gave him independence from traditional political machines.

Moreover, his ego-laden pronouncements outraged the Italian political establishment, as when he described himself as "the Jesus Christ of Italian politics." Donald Trump has been described as a new Berlusconi since they have many similarities: neither is likeable and both are adept at using the media for their own purposes even using threats to do so. But Berlusconi is a tad better than Trump if only because he never had the power and influence on the world stage that Trump may have as POTUS.
In Canada, Ford is a former mayor of Toronto who became infamous for his loudmouth, cocaine-snorting, misogynistic behavior, even while on the job. He was elected mayor because of the support he enjoyed among disaffected, suburban voters, collectively known as "Ford Nation."

Although a multi-millionaire businessman, Ford portrayed himself as the representative of ordinary, working-class people who felt left out by what they perceived as an urban elite. Ford and Trump have often been lumped together, but Ford is, in my opinion, a gentleman as compared with Trump. 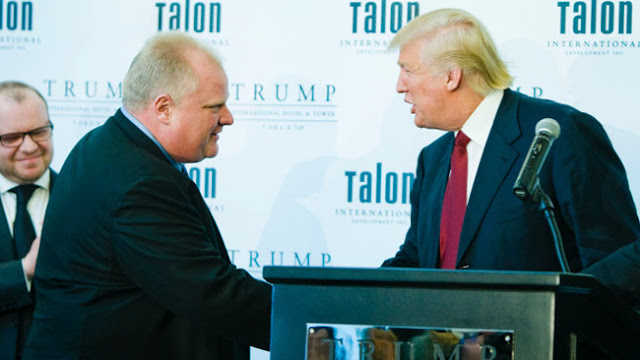 Trump is not only a bad antipolitician he is also an ugly one. In the US, people are agitating for the overthrow of the old order and a new deal for America. Trump has capitalized on that unrest using politically incorrect and socially insensitive language to say that America is becoming a "dumping ground" for mass immigration from the failed states of the Third World, that Mexico is not "sending us her best and finest" and thus he wants to build a wall along the Mexican border, and that China is stealing American jobs -- jobs that will return to the US when he is elected president.

Trump makes outrageous statements and not only do they fail to land him in trouble, he gets a boost in the polls. The more the billionaire-turned-would-be-Republican-presidential-candidate loses his political filters and speaks his version of the truth, the more a certain part of the electorate responds to him. The phenomenon is part of a growing anti-politician sentiment that Sanders has also tapped into.

Whether they are on the left or the right, Sanders andTrump are lightning rods for anger and disillusionment among the electorate. At some point, the disaffected of the left and the right come full circle and meet in the middle since they share the same antipolitical attitude. They are all looking for
someone who doesn't sound or, frankly, look like other politicians.

Trump's willingness to say impolite and impolitic things actually helps to bolster his appeal among a segment of the Republican electorate, not only because they happen to agree with his hard-line views on immigration but because they see him as being willing to say uncomfortable things and shake up the system. His carefully crafted positioning as the ultimate antipolitician is perfectly suited to the consequence-free mindset that dominates many Republican primary voters at the moment. Trump is a great vehicle to send a message to the political establishment that they are sick of them. 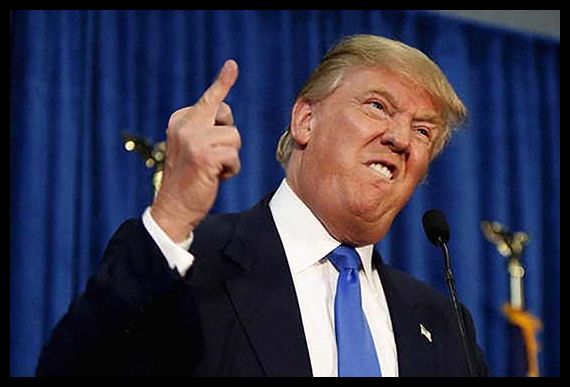 Trump represents a middle finger from a segment of Republican voters directed at the GOP establishment. What that establishment can do to field the treat Trump poses remains to be seen. At the moment, they seem powerless to stop him and prevent the disintegration of the GOP.

The political philosophy of the middle finger which has been captured by Trump in all its vulgar, taunting, divisive glory,  requires an ethical leap. It assumes that practices we know are wrong in our private lives -- contempt, mockery, cruelty, prejudice -- are somehow justified in our political lives. It requires us to embrace views and tactics that we would never teach our children, but do, in fact, teach them through an ethically degraded politics.

Although I share the disdain that many Americans I know have for Trump, I am well aware of the antipolitical anti-establishment mood that currently prevails in many countries. Canadians have been given a reprieve with Trudeau, but Americans are in danger of leaping lemming-like off a political cliff. Many of my friends support Sanders and his anti-establishment ways. So would I, if I were allowed to vote in the US, but I cannot, unfortunately. Still I feel for many antipolitical politicians who are not afraid to speak the truth as they see it.

Nevertheless, this antipolitical attitude does pose a danger.The health of democracy requires some level of understanding by the public of the daily challenges and difficulties faced by all politicians. The constant denigration of everything politicians do has helped to promote a nihilistic public mood which could eventually destroy democracy as we know it. Antipoliticians can easily become tyrants as history amply demonstrates.

Will Trump go that way? I pray that he never becomes POTUS.