Too much hatred, not enough love, and very little peace

I wish all my readers a Blessed Christmas and a Happy New Year. May you and your family enjoy this season and experience a wonderful 2015. May God richly bless you as you work for peace! 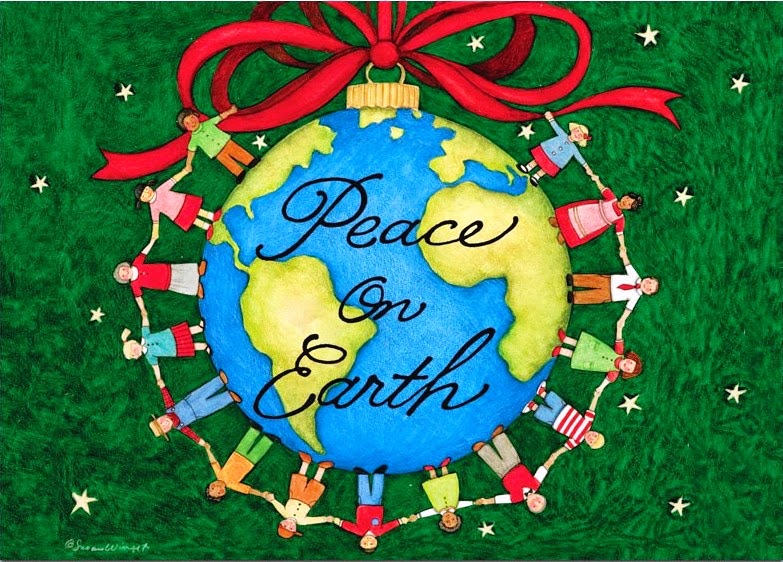 The main problem in the world today is that there is too much hatred, not enough love, and very little peace. A few recent examples, culled from newspapers; some from far away and some much closer to home:

The Taliban in Pakistan who killed 132 school children because they are opposed to education.

The Boko Haram in Nigeria who kidnapped schoolgirls and reportedly used some as suicide bombers.

The Islamic State in Syria and Iraq who have sold girls as sex slaves and committed other atrocities.

An Australian mother who killed her seven children and a niece before killing herself.

A deranged man who killed an unarmed soldier and then terrorized Parliament Hill in Ottawa.

A man who killed two policemen in NYC in retribution for the killing of two black men by police.

Police who have killed innocent men, yet grand juries refused to indict them. 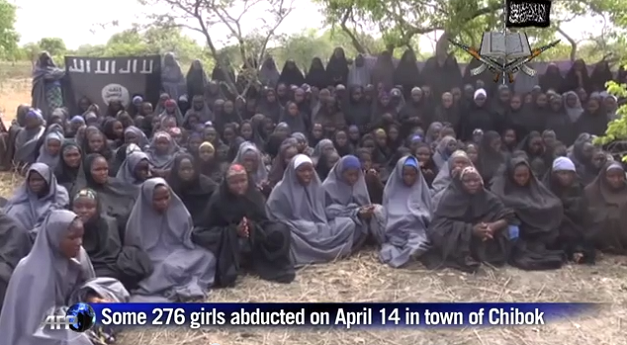 These are only a few examples that could be multiplied many times. But there are others that are more covert yet even more dangerous:

The polarization of America where Republicans and Democrats can no longer speak civilly to each other.

The racism in many countries, especially in the US, which is becoming more and more apparent.

The sexism that many people reveal, even though they themselves seem to be oblivious to it.

Rich people who show no concern for the poor, and are unaware of the growing inequality.

Politicians whose only concern is themselves, rather than the people they are elected to serve.

A military machine that is intended to defend, but instead kills and needlessly soaks up money. 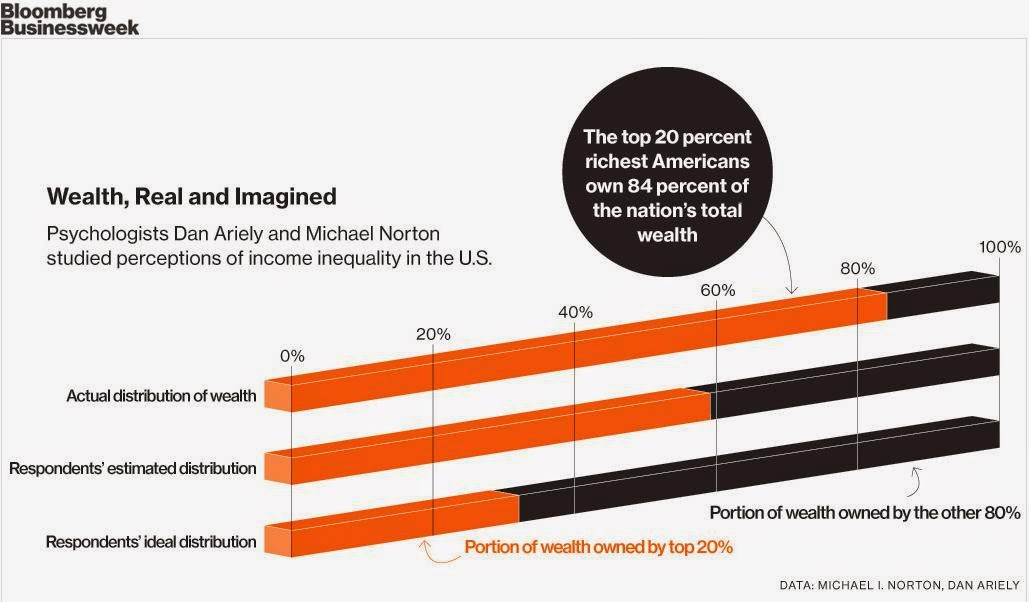 Even this is only a small selection. I could provide many more examples, but I won't since I hope I have made my point: there is too much hatred, not enough love, and very little peace. All of them were motivated by hatred of some kind. If there were more love, none of these would had to happen.

During the Christmas season our thoughts are focused on love, not hatred. We give gifts to those we love. But for Christians this season is especially focused on the love of God manifested in the gift of his Son, which is the greatest gift of all.

The love of God encapsulates the whole world. It is a love that is multi-dimensional, incorporating all of creation. God makes everything new; people just cannot see it yet. It is the already but not yet that is a repeated theme of the Apostle Paul. Something that is already present, but is not yet fully revealed.

Our world longs for peace, but it eludes us every year again. We would like to start the new year with a clean slate: a world where crimes such as the ones I just listed will not happen, Yet on January 1 we learn again that this is not the case. There is still too much hatred, not enough love, and very little peace. These crimes do not stop when the old year ends, but continue into the new one. Of course, it would be utterly naive to think otherwise. Yet we can dream of such a time. 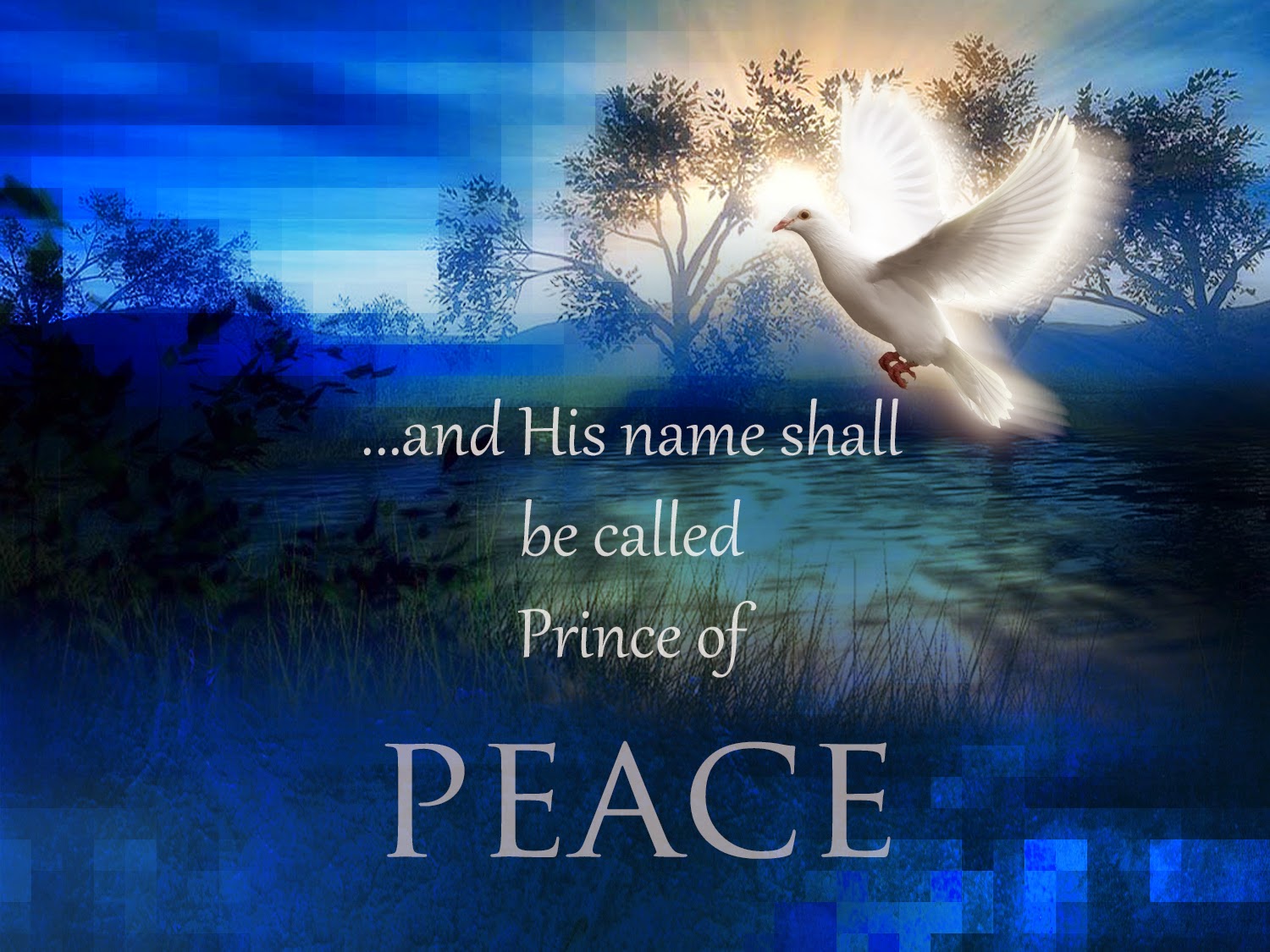 That is the promise of Christmas: not that wars will immediately cease, but that peace is coming. God guaranteed it when he sent Jesus Christ into the world. He who is the "Prince of Peace" has ushered in a new age that now we can only see dimly, but one day, when Christ returns, will become a reality that will be visible to the whole world.

There are those who retort that it has been almost 2,000 years and Christ has not yet returned. Moreover, they say, there is still hatred and warfare. I concede their point, but would nevertheless respond that Christ will return; when, however, only God knows.

Every Christian lives out of that hope. Without hope, life become impossible. Human beings need hope in order to live. Christmas brings hope to believers and unbelievers alike. Now we already can have a foretaste of the peace that will one day become universal.

Newspapers are filled with stories about an event that took place exactly 100 years ago. On Christmas Eve, 1914, during the first year of WWI, some British and German soldiers declared a truce for several hours. They came out of their trenches in order to exchange gifts and sing Christmas carols. For a few hours there was peace. 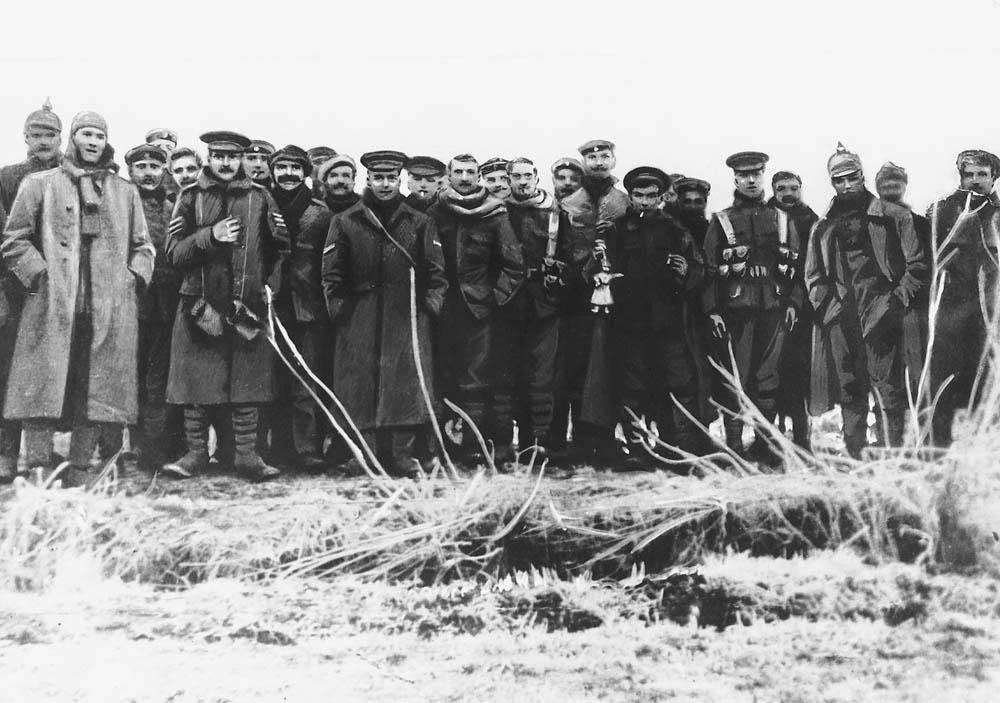 Unfortunately, by the next morning they were shooting at each other again. By the time that war was over four years later more than 8 million soldiers had died. But for a few, all-too-brief hours there was peace on a small section of a battlefield. What better time to do so than during Christmas?

Christ's birth was not an invasion by which he took immediate control of all the levers of power in the world, but it was more an infiltration, where Christ and his troops are slowly pushing back the hateful forces that dominate the news, also in our age. The victory belongs to God; we just don't see it yet

This is the language of faith. It is not a pipe dream, although many people today dismiss it as a hope or dream that is impossible to achieve and is not practical. On the contrary, it can be achieved and it is practical. One day it will become a reality that everyone will see and celebrate.

In the meantime, I urge all Christians to join Christ in the struggle against the hateful forces of this world. Each and every believer must join in that struggle. God wants all believers to help him bring peace into the world, by bringing love instead of hatred.

I will conclude with the Prayer of St. Francis, which is widely but erroneously attributed to the thirteenth-century Saint Francis of Assisi, who is the namesake of the current pope. This prayer in its present form cannot be traced back further than 1912, but it is nevertheless a beautiful prayer. I quote it in a lyrical form that is familiar to many, although it also appears in another form in the illustration below.

This prayer encourages all of us to become channels of God's peace. The, one day -- perhaps sooner than we realize -- Christ will return and peace will reign. Until then, we can hope and strive to bring God's love so that peace may become a reality. 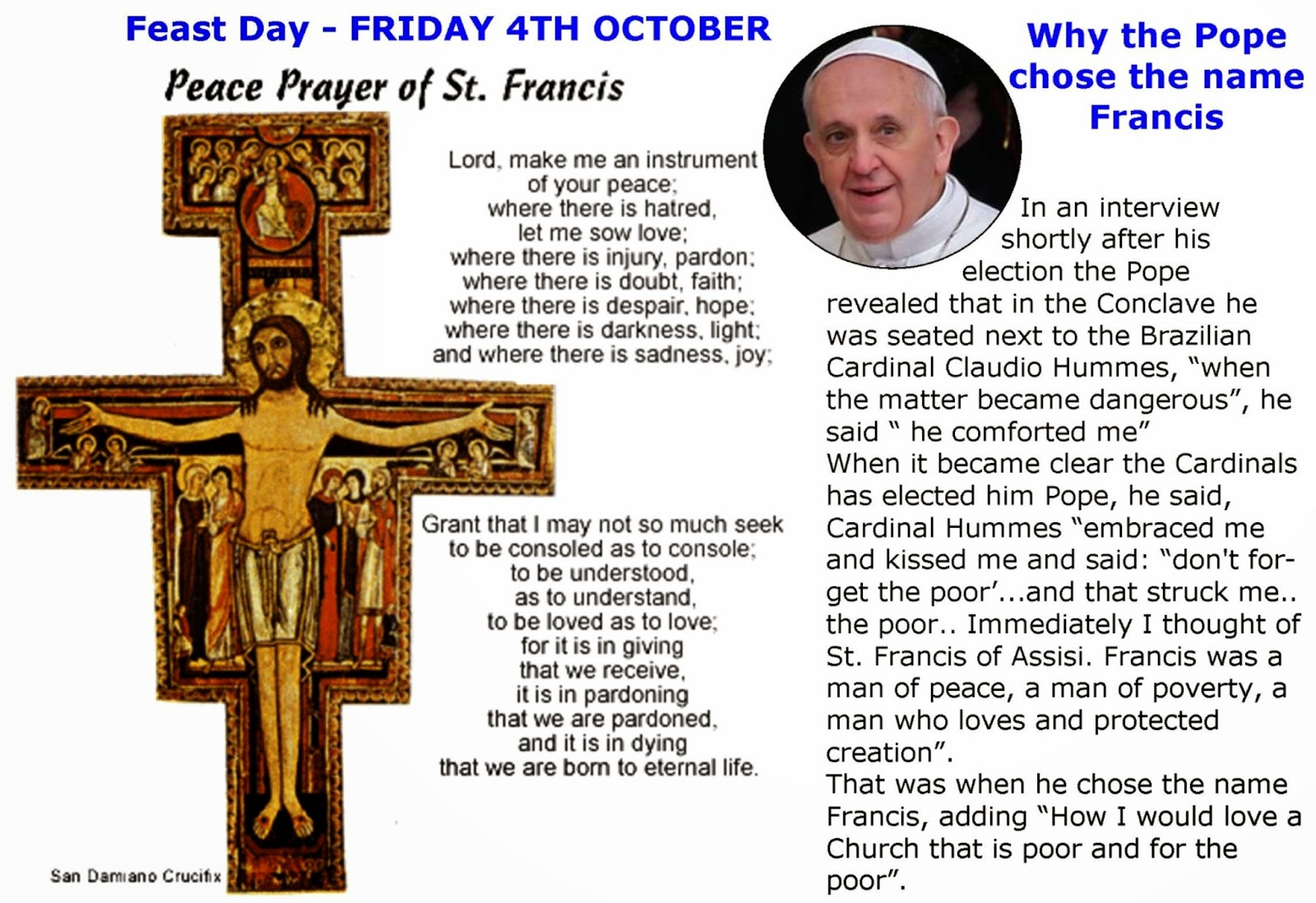 The Peace Prayer of St. Francis of Assisi

O Master grant that I may never seek,
So much to be consoled as to console,
To be understood as to understand,
To be loved as to love with all my soul.

Make me a channel of your peace,
It is in pardoning that we are pardoned,
In giving of ourselves that we receive.
And in dying that we’re born to eternal life.

O Master grant that I may never seek,
So much to be consoled as to console,
To be understood as to understand,
And to love as to love with all my soul.

Make me a channel of your peace,
It is in pardoning that we are pardoned,
In giving of ourselves that we receive.
And in dying that we’re born to eternal life.

Make me a channel of your peace.