The Tragedy of Orlando 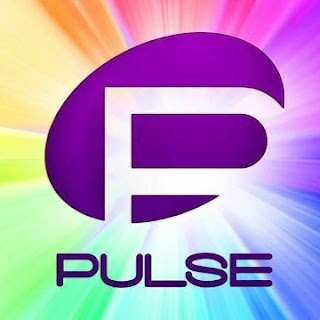 By now we are all familiar with the tragedy at the Pulse Nightclub in Orlando, Florida, where fifty people died and an equal number of people were injured, many of them seriously. This nightclub was a sanctuary for gay people, a place where they felt safe. That security was shattered in the wee hours of the night. As I am writing this, it appears that some of the injured may not survive and the total of the dead may increase. The perpetrator was among the dead. This was the deadliest mass shooting ever in the US.

The tragedy extends far beyond the victims, who were predominantly gay males . It also includes their families. In fact, the circle of those who are affected by this tragic event extends to everyone in the LGBTQ community, They are among the groups that are affected more than others.

This tragedy has exposed many fault lines in US society. These fault lines are so deep that they can hardly be bridged any more. Some examples are: racism, Islamophobia, homophobia and gun control. None of them show any signs of improving; quite to the contrary, in fact.

The polarization that characterizes US society has intensified even further as a result of the Orlando killings. Donald Trump has contributed to  that polarization in the comments he made immediately afterwards. Fortunately, both President Obama and Secretary of State Clinton have dome what they could to mitigate the damage that Trump has caused. Both have called for greater control of the purchase of guns by those who have been radicalized, but this call is falling on deaf ears.

Trump called for preventing all Muslims from coming to the US. By doing this he was feeding the Islamophobia that has rocketed him to be the presumptive candidate of the Republican party for the presidency. Trump sows fear and he reaps violence. No wonder the NRA supports him. The fear that such killings generate leads inevitably to an increase in gun sales. The Orlando shootings are no exception.

Omar Mateen was apparently a deranged individual who had planned his killing spree for a long time. The rifle he used in the shooting was not an AR-15, as was earlier claimed, but a Sig Sauer MCX rifle that he had legally purchased. He was a US citizen of Afghan descent. Afghanistan isa country well known for its homophobia.

No one knows for certain why Mateen attacked the Pulse club, but homophobia is indeed a strong candidate. His father stated that the shootings were not about his son’s religion, but that his son became very angry after seeing two men kissing in Miami months ago. He clearly blames the killings on homophobia. Thee are numerous reports that Mateen had been seen many times at the Pulse. He may have been casing the place, but many who saw him allege that he himself was gay.

There are other factors as well. Mateen called 911 just before the shooting and said he had pledged allegiance to ISIS leader Abu Bakr al-Baghdadi, ISIS issued a statement calling Mateen an "Islamic state fighter," But this does not mean that he was part of ISIS. He seems to have had little knowledge of the many jihadist groups.

There are mixed reports about the level of his religiosity. Some suggest he preferred working out to studying religion. He certainly was not the first terrorist to cite Islam as justification for his actions while apparently being somewhat confused about the religion.

Trump capitalized on the alleged ISIS connection by calling for an intensifying the struggle against "radical Islam." He berated Obama and Clinton for their unwillingness to use that term. Trump later upped the ante by calling Obama a "Negro" and a "half-breed." Now Trump has added racism to the already volatile Islamophobia. 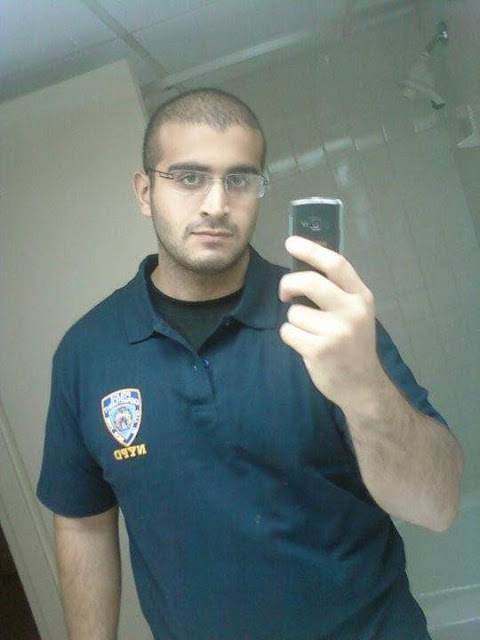 The Pulse Nightclub shootings can be blamed on a sad combination of homophobia on the part of Mateen and his self-proclaimed connection to ISIS, which is what Trump and others have capitalized on. The IRA again has benefited from Americans from both major parties who are deeply divided on how to respond to these latest killings. Guns can bridge over fear and provide a semblance of courage, but they are not the solution.

Christians too are divided. Some have identified with the LGBTQ community that seemed to be Mateen's target, They have participated in vigils commemorating the Orlando massacre in many cities all over the world. But others prefer to ignore the LGBTQ connection, except by using it to justify their dismissal of that community as evil and sinful, one that does not deserve a place in Christian churches.

The latter response is often characterized as typical of Trump supporters and of those who are opposed to gun control. Yet here are also many Christians who do not fit into either category, They are uncertain how to respond to these issues.

One one the hand, they want to respond in love and reject the voices that trumpet fear and put their trust in guns, and also acknowledge LGBTQ people; on the other hand, they are afraid to openly side with that community because those who oppose LGBTQ control the levers of power im many churches and have declared it evil and sinful.

That is where my own denomination finds itself at the moment. I doubt that other denominations differ greatly since similar issues are now being debated in their assemblies as well. In view of this division, how should Christians respond? 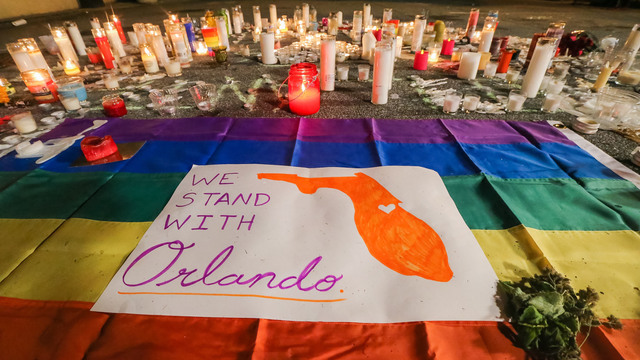 I suggest that Christians must begin by mourning those who lost their lives in Orlando, and include all those as well who are pained by the rejection they experience at the hands of fellow believers. When LGBTQ people are being murdered why can Christians not stand with them in their time of need and, indeed, identify with the entire LGBTQ community?

You may have heard this statement: "First they came ..."  This is part of a provocative poem written by Pastor Martin Niemöller about the cowardice of German intellectuals following the Nazis' rise to power and the subsequent purging of their chosen targets, group after group. One of the many versions reads as follows:

LGBTQ needs people, whether Christian or not, to stand with them against those who want to rid the world of them, just as the Nazis did with Jews, gypsies and others who were deemed subhuman. Trump represents that type of reprehensible thinking.

However, when you support the LGBTQ community, don't qualify it in any way, by suggesting that you accept them but you cannot accept same-sex marriage. Love -- true or agapic love -- must be unconditional. Such love leaves no room for qualifications. You cannot say to your spouse or your children: "I love you, but . . ." 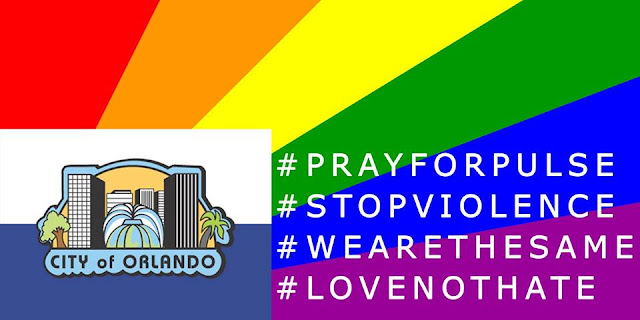 As Christians, we must weep with those who weep and mourn with those who mourn. The problem we are facing isn’t a gun problem or a security problem. It’s a hate problem, a problem born of sin. The problem is that there are human beings out there that hate other human beings so much, that they kill them. That was Mateen's problem. He himself was killed in the aftermath.

That was also the problem of Dellen Millard and Mark Smich, who together planned to steal a truck and kill the owner. They happened to select Tim Bosma, a 32-year old husband, and father. A court has just found them guilty and sentenced them to a minimum of 25 years in prison.

Jesus wept and so must as well. We must weep for all those who are suffering in our world today. To love everyone in the whole world is impossible, of course. But we must love our neighbor, also our LGBTQ neighbor.

Even those who disagree with how LGBTQ people live are called to love them unconditionally. Such love should force them to change their opinion about such people, otherwise their love would false and they would not really love their neighbor.