Christians and the Trump 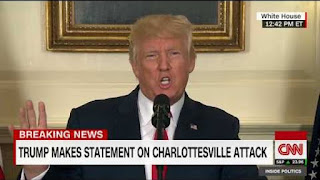 Christians come in all sizes, shapes, and colors. They belong to many denominations or sometimes none at all. They can be found in every country of the world. They belong to different political parties or no party. Some are rich, but the majority are poor. And very few are famous.

The Trump comes in only one size, shape, and color. He lives in the United States at the most prestigious address in the country. He belongs to a political party (although some contend that he is his own party). He is rich. And he was famous even before he became president.

What are Christians to make of Trump? This question is absurd in a way since there are maybe as many opinions about the American president as there are Christians in large parts of the world. Moreover, although it may hurt Trump's ego, there are still many Christians all over the globe who have never heard his name. There are also many Christians who never want to hear his name again, except for his resignation or departure from office in some other way.

My previous post was entitled, "Dump Trump!" That represents my own personal view. Other Christians may agree with me, but some Christians will not. That is why I could not call this post. "The Christian and Trump." There are many Christians, not just one.

Thus there is no thing as the Christian. Their diversity precludes such a title. Even Jesus cannot be called the Christian. He is the Christ. but he is not a Christian. As I repeatedly tell a Jewish friend who worships in church with me but  had promised his mother to remain a Jew, "Christ was born a Jew, lived as a Jew, and died as a Jew." 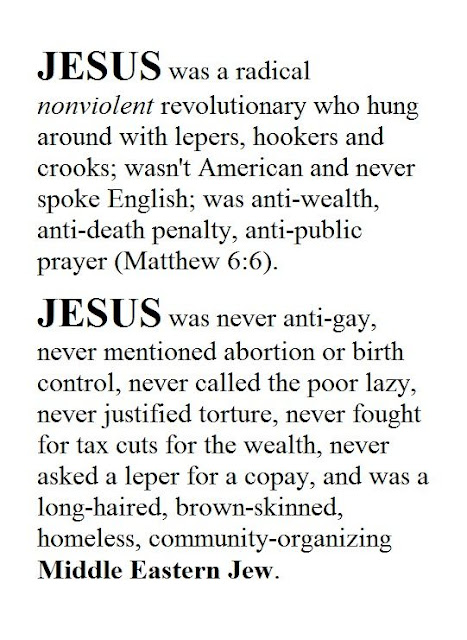 This is not the Jesus we learned about in Sunday School

Christ never became a Christian, since that name refers to someone who follows Christ. For Christ that is a logical impossibility. Thus he cannot be the Christian or even a Christian.

We should not ask Christ what he thinks of Trump, although we may be able to surmise his opinion. Christ is God. God alone can make the final judgment about any human being. This includes Trump.

His followers, however, those who bear his name,  do make judgments about Trump, just as I did in my previous post where I wrote that Trump must go. The sooner the better. But he must leave through Constitutional means. And his leaving must not lead to civil war.

That is my opinion as a Christian. Nearly all American Christians have opinions about Trump. They have made up their own minds about him. Many Americans (as well as people all over the globe) condemn him. But others continue to support him in spite of what he says and does.

Polls reveal that 81% of white evangelical Christians voted for Trump in the last election and many will continue to vote for him.  Similarly, 60% of white Catholics voted for him. It has been observed by many that white Christians awarded the White House to Trump. 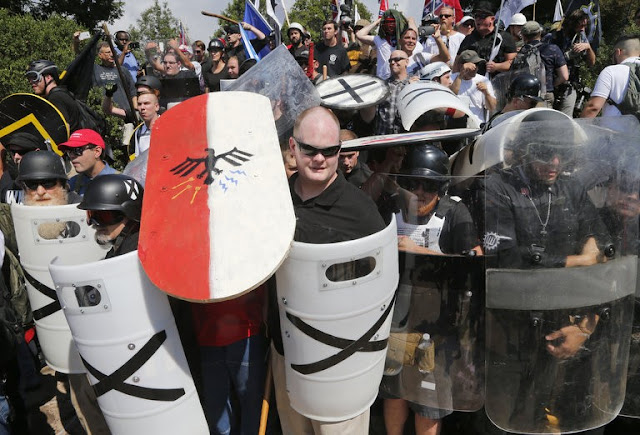 The term "evangelical" is hard to define. Today it has acquired even more negative connotations because of the association with Trump. Many who identified themselves as evangelical in the past prefer not to do so now. I admit that I find it increasingly difficult to identify myself as such today.

Christian leaders responded in different ways to Trump after Charlottesville. Leaders from mainline churches condemned Trump's but very few evangelical leaders did. The few who did condemn hatred and violence were for the most part silent about white supremacy and racism.

Evangelical leaders did not mention Trump by name. Their silence and refusal to name Trump are part of my motivation for distancing myself from these evangelicals. They give evangelicalism a bad name. That is also what motivated me to publish my previous post.

It is not too late to ask all Christian leaders, whether Catholic, mainline, or evangelical, to speak out and universally criticize Trump for his racism and his reluctance to condemn white supremacy. The people sitting in the pews largely echo their leaders. No wonder the deafening silence. 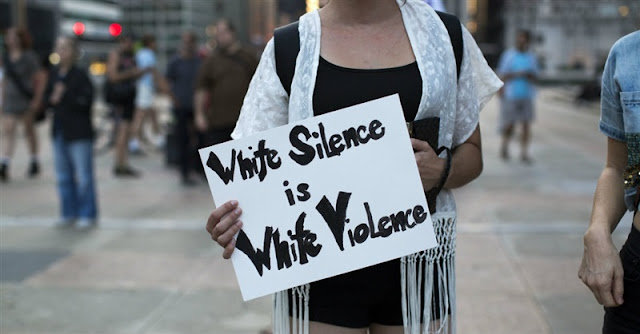 Racism runs so deep in the American soul that it is almost impossible to eradicate. But that does not mean that Christians must not attempt to do so. As followers of Christ, they are commanded to love everyone, just as God does. There is no room for hate. They must love even the Trump.

How can people listen to sermons every Sunday in which they are reminded that God loves them unconditionally, and then spew hatred against those of another color or religion? In Charlottesville, Jews and Muslims were also made the targets of hatred?

Why the disconnect between what the message Christians hear on Sunday and their behavior outside of church? How can they support a president who is a racist and a sexist (and the list seems endless)? For me, the argument against him remaining as president is very simple: Trump is a racist (and lots of other evil things) and therefore he must be dumped. QED. 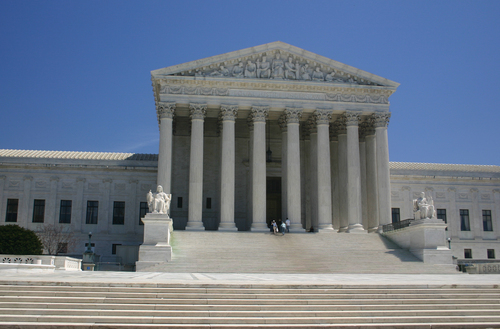 Do I hate Trump? No! But I do hate much of what he stands for and represents. I must respect the office he holds and I must and do pray for him, but I despise his policies and the way he treats people, including members of his own family.

Do I hate his supporters? No! Many of them are fellow believers and followers of Christ who have chosen to support a man whose behavior is unchristian. They may be Christians, just as I am, but that does mean that I have to agree with them.


I respect their right to support Trump even if I cannot agree with their choice. Similarly, I request that they would respect my right to advocate dumping Trump. Even when we sit in the same pew (especially then, I might add), we must respect each other's position on Trump.

Christians come in all sizes, shapes, and colors. They also come in different political and theological guises. They differ greatly in every which way. In spite of the many differences, mutual respect must always be present. Above all, love must always prevail when they interact. (The same principle applies in relations with people of other faiths.) There is no room for hatred in the life of a Christian.

What I want to do post-Charlottesville is to continue to plead for the dumping of Trump. You may not agree with me. If so, please respect my right to advocate his dumping. There are numerous people, both Christians and those who are not, who agree with me even if you, for example, do not.

At the same time, I will continue to respect your right to support Trump. However, if I begin to feel that you are expressing racism and you seem to be motivated by hate, I reserve the right to criticize you for that. In turn, you may also criticize me for my political stance, but you must do it out of love.

Then, and only then can we together openly discuss Christians and the Trump.