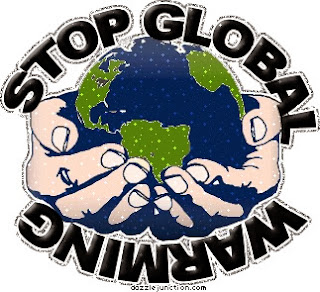 The recent typhoon in the Philippines and the tornadoes in the American mid-west have been the most terrible in a long time. The devastation that they caused was unprecedented. Not surprisingly, many people immediately connected these events with global warming. Not everyone agrees, however. Some claim that these are merely natural disasters and were not brought on by humans.

Who is right? Whom should we blame? Of those who accept the contributions that human beings make to global warming, some blame religion for it and hold it responsible for the degradation of the environment. This comes especially from people who have no use for religion. Many of these are people of science, for whom environmentalism has ironically become a religion, even though they reject all forms of religion.

These charges are blatantly false, as I will try to show in a new series on global warming. I want to examine different religions and see how each of them deal with environmental issues. Many religious people do feel responsible for protecting the environment, thus why are these charges being made against these religions?

In this introductory post, I suggest several reasons why such charges are made, although there are many more no doubt that could be cited.

The first charge comes from scientists who have a fear of religion, one that goes back many centuries to the persecution of Galileo and Copernicus, and continues today when evolution and environmentalism are attacked by people who often have little understanding of science but a great distrust of scientific research. 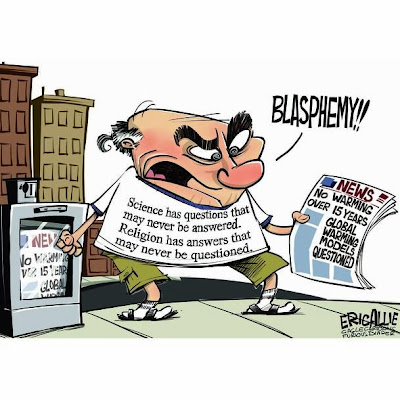 Not all scientists and not all religious people vilify each other, but enough are so antagonistic as to make cooperation difficult at times. Yet science and religion can and often do work together in fighting global warming. This is why I want to look at the views of various religions on the environment in the next few posts and see where cooperation is possible or is already happening.

A distrust of science is typical of many conservatives. Typically, political and religious conservatism often overlap. Many conservative governments have gutted environmental regulations and reject any scientific evidence that contradicts the government stand on the development of oil fields and other sources of energy resources as well as the pipe lines and other means of bringing these resources to market.

The companies that produce energy and are thus more directly responsible for global warming are protected in this way. Religion makes a convenient scapegoat, especially because of the tendency of more than a few religious people to ignore environmental issues. Political and religious conservatism bolster each other. 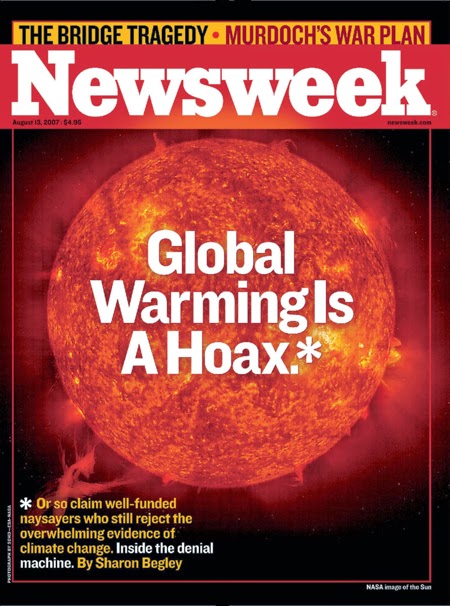 In addition, industries spend enormous amounts, especially at election time, for slick media campaigns that downplay the effects of global warming and argue instead that these industries protect the environment while creating jobs. Conservative religious groups often pronounce their blessing on these efforts.

I call this bad religion. It is a religion that is so focused on heaven that it ignores earthly concerns. It is not adverse to twist scriptures to support its position.

One account, familiar to Jews and Christians, is Genesis 1, where God gives humanity "dominion" over the earth. Such mastery is easily misconstrued to justify misuse of the environment. We are in charge, some people claim, thus we can do whatever we want. As we shall see later, that is a distortion of this passage and, as a result, of the human task.

We are not rulers but stewards. There is a big difference between these terms, as I will demonstrate in a later post. Rulers do not have to concern themselves with the environment, but stewards or managers do.

No wonder some Jews and Christians are blamed for global warming. Other religious people can also use their scriptures to justify misuse of the environment. God has given the world and everything in it to human beings, and thus they can do anything they see fit. The earth is large, and they will not damage it very much. 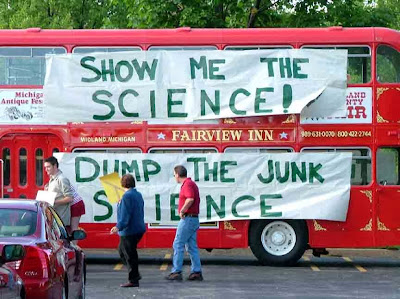 Moreover, these people argue, climate change is natural and is not caused by humans. There are natural warming and cooling cycles. If human beings have done any damage, it is minimal as compared to these natural cycles. We cannot trust the science of global warming, and thus we need not concern ourselves very much with it.

This argument is especially popular in poorer, less developed countries. If global warming is caused naturally, then they cannot be blamed for adding to it. On the other hand, if humans are culpable, then these countries should be granted a period of grace before they are judged by the same criteria as are rich countries. We cannot afford it, they contend. Natural causes are thus much more convenient and less likely to give offence.

Finally, eschatology also plays a role, especially for some Christians who hold to apocalyptic views of the world. They believe that God is going to destroy the world when Jesus Christ returns. Global warming is one sign of this. There is thus nothing that human beings can do to avert this destruction, nor should they.

Anyone who holds to such apocalyptic views will not view global warming in a negative way, but rather as a positive sign of Christ's imminent return. Often this view is combined with some of the previously mentioned views on global warming.

When all these views are added up, it is not surprising that religion receives the blame and is accused of degrading the environment. Religion seems detached from the world. It either ignores the reality of climate change or rejects any responsibility for it. In either case, religion is blamed, whether fairly or not. 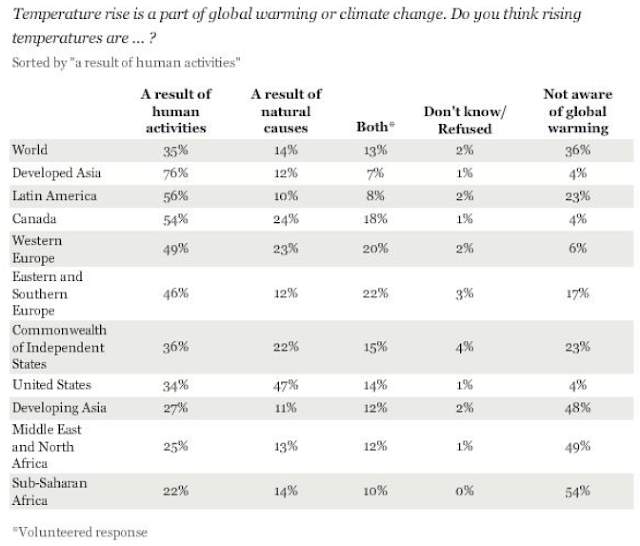 The world disagrees on the causes of global warming

As I shall attempt to show in future postings, this change is not only unfair but it is blatantly false. Religion is a positive force for change on environmental issues. While global warming is an important issue among all faiths, not all groups among these various religions see it as a danger. as we have already noted. But this does not mean that religion as such must be blamed.

Religion deserves some blame, but I prefer to call that bad religion. Good religion is practiced by much of the world's population. More than 80% of the people in the world believe in a god or some higher force. All of these people, whether Hindus, Muslims. Christians, Sikhs, or whatever faith they belong to, are threatened by climate change. Many all over the world attribute global warming to human factors.

These people of faith do not simply want to stand by as silent observers, but have spoken out against this threat. In the "Interfaith Declaration on Climate Change," more than 100 religious and non-religious groups called on world leaders to come to a binding agreement on fighting climate change.

People of various faiths from over the world are discussing global warming. They do this partly in the context of highlighting relevant passages in their scriptures that show a close connection between human beings and the world. The environment is included. It cannot ignored or dismissed. How could it? 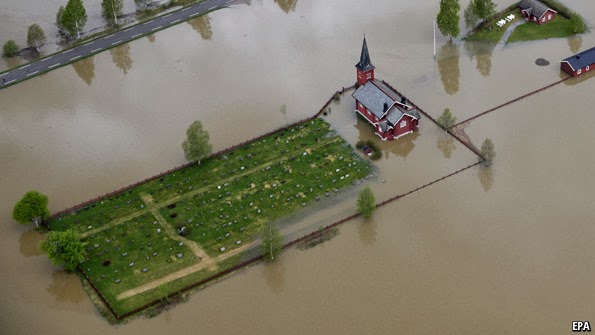 In the next few posts I will examine what various religions have to say about the environment. This topic is more important today than ever. Nobel Peace Prize winner Bishop Desmond Tutu affirmed this at a climate conference in Copenhagen in 2009. "We only have this one world, this world, And if we destroy it, we have nothing else."