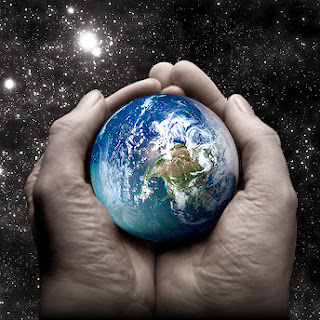 The importance and the urgency of my survey in this new series of the views of the world's major religions on the environment is illustrated by the recent report that places Canada dead last on the list of what developed countries are doing in order to protect the environment.

I am ashamed of my country and its leaders. I blame the Harper government for its clear lack of concern for the environment in general and global warming in particular. Harper calls himself a Christian, but his Christian faith is not evident in his government's policies.

While I doubt that these posts on religion and global warming will ever reach, much less influence, the Canadian government, I nevertheless will try to do what I can to oppose these wrong-headed policies.

According to recent polls, most Americans accept the reality of global warming (see chart). Polls in Canada who similar results. But they have to get the message out to their politicians, who seem to be more interested in advancing the interests of corporations rather than the environment. They must inform their leaders that this is not the stewardship that the Bible demands.

Jews and Christians share parts of their respective scriptures. Genesis, the first book of the Bible, and accepted by both , tells the story of the creation. Chapter 1 teaches us that God created the world. But it does not describe how he accomplished this. That is where science comes to our aid by uncovering the laws that govern creation.

Genesis 1:28 teaches us what our task as human beings is in relation to the world that God has made. This governs the whole world, and thus includes the environment:

God blessed them and said to them, "Be fruitful and increase in number; fill the earth and subdue it. Rule over the fish of the sea and the birds of the air and over every living creature that moves on the ground."

The next verse informs us that God provides food: seed-bearing plants and trees. Only later does the Bible add animals to the food supply. This provision should be understood in the context of the role that God has assigned to humanity.

The word "rule" in verse 28 has too often been misinterpreted. Some translations use the word "dominion" to describe that role. But there is a better interpretation that is expressed in the next chapter of Genesis.

Chapter 2 provides another creation account, where God has placed human beings in the Garden of Eden and commands them to care for the garden. Their task is that of gardeners, who do not own the the garden but merely take care of it, although that is an enormous responsibility, nevertheless. 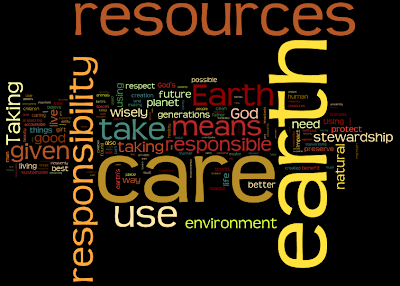 Human beings are stewards or managers. They do not own the earth, but have been asked manage it for the owner, who is God. When people lose sight of our managerial task and usurp the role of owner, they get into trouble and misuse God's marvelous creation.

The environment is there to be taken care of properly; thus it must not be misused. The "dominion" part was rejected. This happens to be the interpretation I grew up with. Many Jews and Christians agree.

Jews and Christians are commanded to love God. This also means to love the creation.  The whole earth belongs to God (Exodus 19:5; Psalm 24:1). Believers are called to live in harmony with their neighbor and the rest of creation. This mandate has been ignored by many people today, even those who call themselves the children of God.

Humanity, when it has lost its connections with God, thinks that it owns the world and is therefore free to do whatever it wants. Today that even means to plunder and rape the earth. 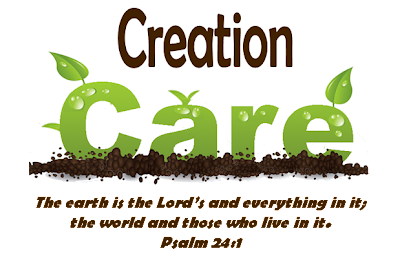 Jews and Christians have protested this misuse in several notable statements. As mentioned in the last post, they have affirmed their position (together with people from other faiths in the Interfaith Declaration on Climate Change:  http://www.interfaithdeclaration.org/.

Jews have done so similarly in the Jewish Community Priorities for Climate and Energy Policy: http://coejl.org/resources/jewish-community-priorities-for-climate-and-energy-policy-2008/.

Roman Catholics have also issued a number of statements: Global Climate Change: A Plea for Dialogue, Prudence, and the Common Good (A Statement of the the United States Conference of Catholic Bishops): http://www.usccb.org/issues-and-action/human-life-and-dignity/environment/global-climate-change-a-plea-for-dialogue-prudence-and-the-common-good.cfm; and: Catholics and Climate Change (from the Yale Climate Project): http://www.yaleclimatemediaforum.org/2012/02/the-catholic-church-and-climate-change/.

The Orthodox have done the same: Orthodox Patriarch Bartholomew Encyclical on environment, including climate change: http://www.oikoumene.org/en/resources/documents/wcc-programmes/justice-diakonia-and-responsibility-for-creation/climate-change-water/encyclical-of-ecumenical-patriarch-bartholomew.html.

The National Council of Churches in the U.S.A. provides a list of of these and other statements in Faith Statements & Resolutions on Climate Change: http://nccecojustice.org/climate/climatestatement.php.

Evangelical Christians, not the be outdone, have issued: Climate Change: An Evangelical Call to Action: http://christiansandclimate.org/statement/. 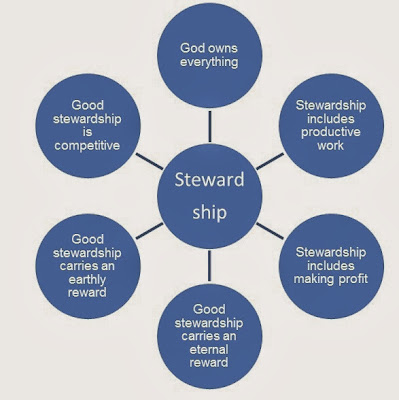 Secularists disregard these statements at their peril. There are secularists who are concerned with climate change, but some do not. Largely because of their denigration of religion, they have no use for the idea of stewardship, even though they are concerned about the environment.

Thankfully, there are many people of faith who are calling governments to action in the name of stewardship. Governments everywhere need to warned about the consequences of global warming.

Jews and Christians are in the forefront of such calls to action in many parts of the world. Motivated by God's command to be good stewards of the earth, they urge leaders in the respective countries to be more concerned about the environment and to fight global warming.

Stewardship is fundamental to the faith of Jews and Christians, as it should be for everyone who lives on this world. It is the only world we have, and thus we must take good care if it.

I am trying to do my little bit to get this message out. If you agree, please do what you can to help spread the good word. Together, whether Jews or Christians, people of faith or of no faith, God commands us to be good stewards of the creation and to  prevent further damage to the environment.