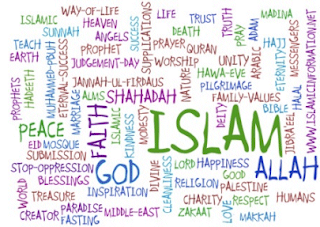 Muslims are very much  concerned with the environment, just as Christians and Jews are. This may come as a complete surprise to many people, especially those who characterize all Muslims as terrorists. It should not, however, since Islam is one of the three major Abrahamic religions. This means that there are many similarities between these religions, especially when it concerns climate change.

All three religions profess a belief in the creator. Islam shares the creation story of Judaism and Christianity, which spaced out over six days or periods. The Islamic creation account, like the biblical one, involves Adam and Eve as the first parents who were living in paradise.

And, as in the biblical story, God, or Allah, as Muslims prefer to call him, warns Adam and Eve not to eat fruit from a certain tree, but they do anyway, earning their expulsion from paradise. But Islam, in contrast to the other two religions, explicitly blames Satan for tempting Adam and Eve.

The Qur'an states that Allah created the world and the cosmos. He made the sun, moon and the stars. He also made all the creatures that walk, swim, crawl, and fly on the earth. Allah made the angels too. Satan is the one who misleads Adam and his offspring.

Allah has appointed mankind as his representative. As in Judaism and Christianity, mankind is a steward and a trustee entrusted with the responsibility to establish and maintain justice and peace on earth. Mankind must serve the Creator by taking good care of what Allah has entrusted him with: this includes himself, other forms of life and the environment.

Qur'an 6: 165 describes that role as follows: "He it is who has placed you as vicegerents of the earth."  This Surah continues by stating that Allah tests mankind. Allah will punish them, but he is also forgiving.

Q. 33:72 teaches: "We offered trust unto the heavens and the earth and the hills, but they shrank from hearing it and were afraid of it. And man assumed it. But he has proved a tyrant and a fool."

Mankind’s failure to properly observe this function of trusteeship has had dire consequences in mankind and the whole creation, including the environment. His doing well, on the other hand, would lead to the approval of the Almighty, eternal bliss and happiness.

Khalifa, as Muslims call this guardianship, is the sacred duty that Allah has imposed upon the human race. All of mankind are the guardians of creation. This responsibility, according to Muslims, stems from being able to reason, which is unlike any other living creatures. Allah holds human beings ultimately accountable for their actions.

Clearly mankind has neglected this responsibility as khalifa. Mankind is destroying the whole natural world. Scientists are confirming that human actions have induced global warming and climate change, which is disrupting the pattern of God's creation. God has uniquely endowed the planet earth with a climate suited to the propagation and sustenance of life.

Three ideas stand out especially in the Islamic account: 1. The concept of tawhid, or the oneness of Allah, which means that he is the creator of everything that exists; 2. Mankind's khalifate or stewardship of the creation; 3. Mankind's accountability to Allah. For a further amplification of these basic ideas, see especially the Islamic Faith Statement on Islam and Ecology (:http://www.arcworld.org/faiths.asp?pageID=75).

This statement concludes with the following remarks, which are worth quoting in their entirety:

As we indicated at the beginning, there are several Qur’anic principles that, taken separately, do not have an obvious connection with conservation. But taken in their totality, they state in clear terms that Allah, the One True God is the Universal God and the Creator of the Universe and indeed, the Owner of the Universe. To Him belong all the animate and inanimate objects, all of whom should or do submit themselves to Him.

Allah, in His Wisdom, appointed humans, the creatures that He has conferred with the faculty of reason and with free will, to be His vice regents on earth. And while Allah has invited people to partake of the fruits of the earth for their rightful nourishment and enjoyment, He has also directed them not to waste that which Allah has provided for him—for He loveth not wasters.

Furthermore, Allah has also ordered humans to administer his responsibilities with Justice. Above all, people should conserve the balance of Allah’s creation on Earth. By virtue of their intelligence, humanity (when it believes in the One Universal Allah, the Creator of the Universe) is the only creation of Allah to be entrusted with the overall responsibility of maintaining planet Earth in the overall balanced ecology that man found.

If biologists believe that humans are the greatest agents of ecological change on the surface of the earth, is it not humans who, drawn from the brink, will—for their own good—abandon Mammon and listen to the prescriptions of God on the conservation of their environment and the environment of all the creatures on earth? The Islamic answer to this question is decisively in the affirmative. 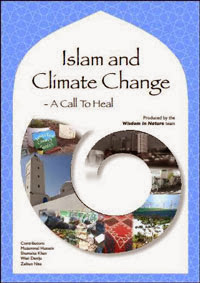 Other Islamic statements also worth reading include: The Muslim Declaration on Nature -- Assisi 1986 (http://www.arcworld.org/faiths.asp?pageID=132). Wisdom in Nature has published several works on the Islamic view (http://www.wisdominnature.org.uk/Resources/reading.htm).  Another noteworthy publication is: Islam & Climate Change ~ A Call To Heal. It is only 20 pages.

This little booklet stresses that mankind is called to live in harmony with the creation. Islam is a religion of harmony, according to the authors. Muslims use the term fitrah to describe the original state of harmony into which every person is born. It is worth noting that this original state is positive and includes a natural disposition to submit to Allah. Thus  fitrah stands in sharp contrast to the Christian concept of original sin.

The implications of this contrasting view between Islam and Christianity needs to be developed further, including how this affects their respective understanding of the environment. I am unable to do so in this post, but I would suggest that this needs to be investigated further.