The changing face of Africa 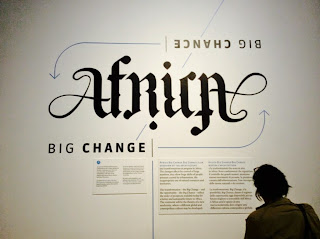 Recently I went to Africa for a few weeks to meet with university officials and church leaders in a West African country. That was the reason why my blog has not appeared for a while. This week I am finally able to return to it and to prepare a new post. I hope to be able to do this regularly again. I hope that you will enjoy these posts. Please indicate this by liking this blog. I need feedback.  I find it helpful and encouraging.

When one trudges through sandy African streets, it seems as if the continent never changes. Everything seems to remain the same year after year. But that is not true as I discovered on a whirlwind trip to Africa. I have been going to Africa for more than a decade and have taught in several countries. Africa is changing quickly, even if the changes are not always immediately apparent.

In the last decade, Africa has experienced enormous growth. Only two years ago, it was the fastest-growing continent in the world at 5.6% a year, Growth has been present throughout the continent, with over one-third of Sub-Saharan African countries posting 6% or higher growth rates, while another 40% is growing at between 4% to 6% per year. 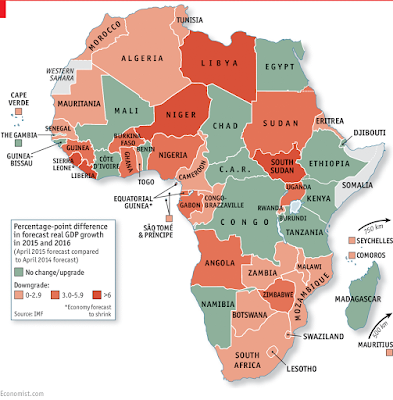 The growth is unequally distributed in Africa

Unfortunately, this economic growth is unequally distributed not only among the 54 countries that comprise this huge continent but also within each country. There are still too many people who are living in dire poverty. The only reason they can survive is because of communities where they share with each other.

Even so, there is a growing, although still very small, middle-class. Most African cities have areas where these increasingly well-to-do people reside. Their homes are surrounded by walls, and they often have guards. They ride around in relatively new cars, and may even have with drivers.

Then there are the super-rich whose mansions are miniature fortresses. They own a multiplicity of the latest luxury vehicles. They may also have several wives. It is not considered wise or healthy, however, to ask how they acquired their wealth. Millionaires constitute only 1% of Africa''s 1.1 billion people; the super-rich are only a small fraction of that, but they run most of the continent's countries.

Even after the commodities prices plummeted in 2014, Africa fared remarkably well. Nigeria's economy had been expected to grow by 14%, but the IMF reduced its forecast to 10%. That is still amazing growth. 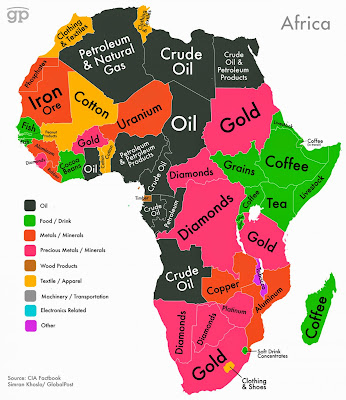 Africa is no longer as dependent as before on commodities. Manufacturing output has increased while services are growing even faster. Tourism is booming in many countries, with the exception of those West-African countries, such as Sierra Leone, Liberia and Guinea, that were directly involved with the Ebola crisis, But some neighboring countries have also seen tourism deccrease because of the Ebola scare, as I witnessed first hand on my recent visit.

Many African countries have witnessed a decline in their currencies in relation to the American dollar, but other countries in the world have experienced this as well. While such a decline makes imports more expensive, exports have become cheaper in dollar terms which benefits manufacturing.

Fiscal policies have also improved in much of Africa. Now, increasingly, African nations are saving money during good times so that they can spend it during more difficult times.  This is a big change from their behavior in their past.

Governments have also made it easier for investors.The mountains of red-tape inmost  Africa countries has been frightening. Corruption is fostered when red-tape flourishes; thus a reduction in red-tape will help to reduce corruption. There are many other factors, of course, that also influence corruption. These social factors will take longer to eradicate or at least to reduce. 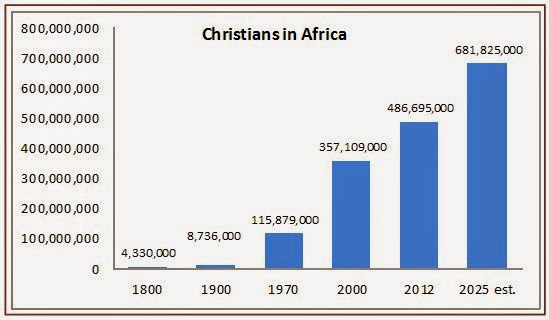 Another feature of the changing face of Africa has been the growth of Christianity. This has been phenomenal. For example, Sub-Saharan Africa’s Christian population rose from 9% to 63% in the century between 1910-2010.

Together with the steady decline of Christianity in Europe and North America, the center of gravity of this faith has moved much further to the south. If decades ago the center could be found on the latitude of Madrid, today it is found near that of Timbuktu.

Christianity is now so large and powerful in Africa that it no longer accepts the charge that it is a Western religion that has been transplanted to Africa. African Christian scholars have assembled evidence to show that Christianity even reached Sub-Saharan Africa during the first centuries of the Christian era.

These scholars also dispute the Muslim claim of being original to Africa by pointing out that Islam arrived in Africa later than Christianity, and that Christianity has been more thoroughly indigenized that Islam. The latter still uses the Qur'an in its original Arabic (in fact, this is the only authoritative version), while the Bible has been translated in whole or in part into many of Africa's numerous languages. 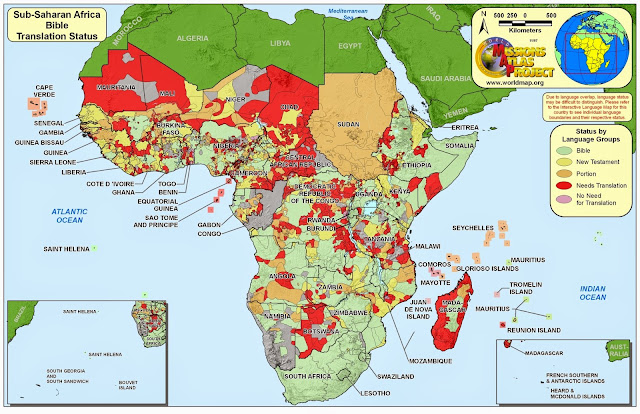 Although there is supposedly religious conflict in Nigeria, where Boko Haram has created a lot of unrest through its massive killings, the capture of many women and children, and the displacement of more than a million people from north-eastern Nigeria, this conflict has ethnic roots. It is concentrated among the Kanuri people, even though the language that it uses is Hausa.

Today it has become a pan-Islamist movement that among other things wants to wants to create a caliphate, similar to that of ISIS, with which it is affiliated, in that part of Nigeria that it now controls. It would also like to spread to the neighboring countries of Niger and Cameroun, but they have already sent troops to fight Boko Haram. South African mercenaries have been enlisted as well by the Nigerian government in this fight.

In spite of the role of Islam, Boko Haram has not attracted the jihadists that are flocking to ISIS. Boko Haram thus does not pose the threat that ISIS does, except in a small part of Nigeria. This group is not the portent of a major religious conflict throughout Africa.

On the contrary, many African leaders are doing their best to reduce religious conflict. Even some Muslim-majority countries have made the promotion of peace betrween Christians and Muslims a national policy. This is a development that the people in the West should encourage. Both religions at their roots are interested in peace.

This is one of the reasons why my wife and I went to Africa. For many years, we have tried to start a program in Christian religious studies at a university in a Muslim-majority country. Such a program would contribute to better understanding and to peace relations. There are still some barriers that remain, but we continue to pray that the program will actually start in September.