Does Islam Need a Reformation? 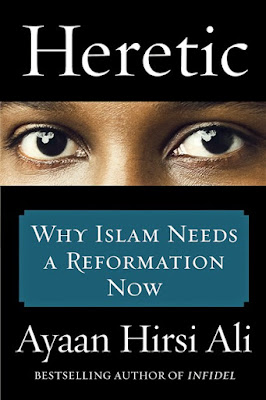 Does Islam need a Reformation? Yes, writes Ayaan Hirsi Ali, whose newest book, Heretic: Why Islam Needs a Reformation Now, has recently appeared on bookshelves everywhere. In it she calls for a wholesale Islamic reformation. and she proposes five ways that Muslims need to change their faith.

Hirsi Ali suggests that Muslims should disown the parts of the Qur'an that demand them to wage holy war. They should not go around forcing people to follow Islamic law or practices. They must reject Shariah and accept man-made laws rather than those that were created by God. They should rethink the status of Muhammad as infallible. And, finally, they must question whether the Qur'an is truly the word of God. Obviously, these are non-starters for most Muslims.

Hirsi Ali speaks as a former Muslim. She was born in Somalia. In order to avoid a forced marriage, she fled to the Netherlands, where she became a citizen and eventually a member of the Dutch Parliament. Later, when stripped of her Dutch citizenship (although it was later reinstated), she left for the United States where she currently resides. She is visiting scholar at the American Enterprise Institute, which has consistently tried to foster antagonistic relations between the US and the Muslim world.

She has been an outspoken advocate for the rights of women, especially Muslim women. That, together with her abandonment of Islam, has made her a target for violence by Islamic extremists. She lives with round-the-clock security. A journalist in Toronto who wanted to interview her was first interrogated by a security person (paid for by her publisher).


Hirsi Ali’s vicious attacks on Islam and her support for the war on terror, fought mainly in Muslim countries, have left her with few friends among Muslims, including women. Hirsi Ali once famously called Islam a "nihilistic cult of death" and has advocated a war on Islam. 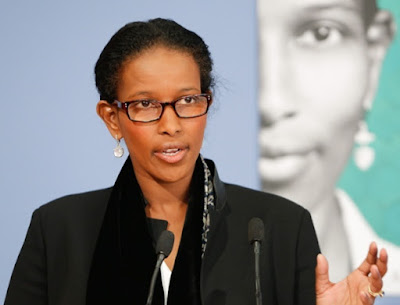 Neoconservatives have rushed to her defense. It is ironic that, although liberals support her for her stance on women's rights, she is very critical of them for their unwillingness to get behind her through their refusal to take a stand against Islam and for secularism.

She argues that most Muslims do not understand their religion in violent terms. She divides Muslims into three broad categories: Mecca Muslims, the peaceful but largely passive and socially conservative majority; Medina Muslims, the militant believers who accept the call to wage religious war (a very small group); and Modifying Muslims, those who challenge Islamic orthodoxy. These are the ones who can and should reform Islam. However, this division is simplistic and does not account for the diversity that is evident everywhere in the Muslim world.

She devotes very little time in her book to explaining how the reformation she is looking for could be realized, or even what a reformed Islam would look like. She is intent instead of blaming the Islamic scriptures for the rise of Islamism. She adds that Muslims should not claim that their religion has been hijacked by extremists.

She also insists that mainstream Muslims have been unwilling to counter the violence of the extremists and that young Muslims in the West have no other choices than to embrace jihadism or leave their faith entirely. Both assertions are blatantly false.

Many commentators have remarked already that this book is dangerous in equating Islam with Islamism. If that is so, then she has no idea what the reformation of Islam means. Her solution involves the demise of Islam since the five changes she pleads for would tear the heart out of the religion practiced by the world's 1.6 billion Muslims. 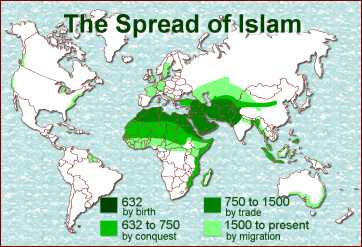 Instead of using Hirsi Ali's polemical vision, those who also want to reform Islam can point to the changes that are already taking place within Islam. Since the days of the Prophet Muhammad, Islam has adapted itself in many cultures all over the world. There are many different forms of Islam, and thus people should not accuse all Muslims of -- to give just one example -- denying the human rights of women, even if some are doing that.

These rights are one of the negative issues that she focusses on, but there are many things that are are associated with Islam that are positive. The mistreatment of women is surely not unique to Islam. Similarly, religious violence can be found in every religion. Islam, contrary to her assertions that Islam is inherently violent, is a religion of peace, as its name affirms, even if some Muslims propagate violence.

The use of the word "reformation" is misleading since it suggests that Islam must be reformed the same way the Christian faith was with the Protestant Reformation. Martin Luther had no intention of creating a schism in the Christian church. He merely wanted to urge some much-needed reforms -- the famous Ninety-Five Theses. He pleaded for a return to the golden period in the history of the church before all these accretions had accumulated.

Luther had no intention of destroying Christianity. He did not advocate that Christians should renounce their faith in Jesus Christ as the Son of God. He retained the core of the Christian faith, even if later some theologians would question Christ's divinity. But don't accuse Luther of this. 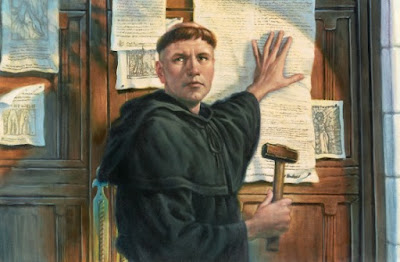 Hirsi Ali's reformation does not resemble that reformation at all. On the contrary, her intention is to destroy Islam. Her so-called reforms would obliterate the Islamic faith. She has drunk so deeply from the well of modernity and secularism that nothing would be left of the faith she once shared as a child after her reformation.

The emancipated woman who has been interviewed about her new book on many TV networks in North America is listened to mainly because of her notoriety. There are many other Muslim women who deserve that forum; they have much better ideas of the kind of reformation Islam needs.

Hence, one can easily discern why so many Westerners, especially conservatives, have idolized Hirsi Ali. She is waging the same "War on Islam" that they are. In her book, she favorably endorses Samuel Huttington's Clash of Civilizations. That is sad because Huttington's book, unfortunately, has become a metaphor for our all-too-violent world.

What is urgently required today are sane voices that urge dialog not jihad. That is the only way that the West can deal with the Islamic State and Boko Haram. As I have advocated more than once in this blog, "Make love, not war!"

All religions must necessarily continue to reform. That has happened countless times in Christianity, and it is taking place in Islam right now, and indeed in every living religion. My own tradition within the Christian faith expresses it this way: "Ecclesia Refomata reformanda est" (the Reformed church must always be reforming).

Does Islam need a reformation. Of course it does, but that reformation should be led by faithful Muslims, and not by the likes of Hirsi Ali. Outsiders are not welcome during reformations. Thus I am staying well away from any prescriptions for an Islamic reformation. My own faith needs a reformation as well. That is enough for me.