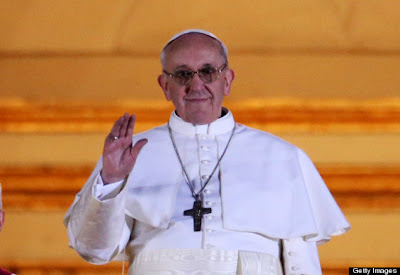 "Habemus Papam" or "We have a Pope" is always announced from the balcony at St. Peter's Basilica after the election of a new pope. And the appearance of the new pope on that balcony is the signal that he has accepted this election. Only then does he officially become pope.

The new pope, who chose the name Francis, was announced this way and, by appearing on the balcony, he accepted his new position. He seems to be an excellent choice. His choice of papal name is very revealing. Francis of Assisi was one of the most impressive and beloved figures during the Middle Ages. He was a truly humble man, as is his namesake, who too has a passion for the poor.

But what would happen if someone who was elected refused to appear on the balcony? That is the premise of a 2011 comedy-drama which I saw a few months ago.

In this film, the conclave after many votes finally elects a pope, but he immediately develops a panic attack and is unable to appear on the balcony. However, the conclave is not considered over until the new pope has accepted his election. Thus the cardinals announce that the new pope is in prayer and will appear in a few hours, but this does not happen.

The cardinals then ask a psychiatrist to examine the pope, but that did not help. The psychiatrist has an ex-wife who is also a psychiatrist. When the pope is driven secretly to see her, he escapes and is shown in several comic scenes. Such comedy is disarming, because some elements in the Catholic church did not appreciate this film very much.

Eventually, the new pope is discovered and brought to the balcony where he announces that he is declining his position, explaining, "I am not the leader you need." Apparently only once in the history of the papacy has someone declined to accept that position. Yet one can readily understand why a person might do that. 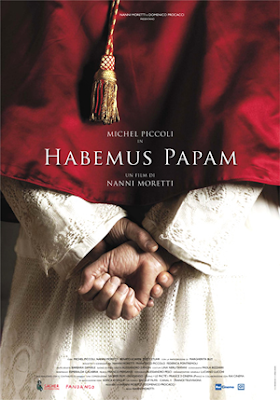 The papacy is one of the most difficult jobs in the world. The man -- women need not apply! -- needs to be a truly spiritual person with extensive pastoral experience and at the same time an experienced CEO who can manage the Curia and the rest of the Vatican bureaucracy.

He must also be multilingual and fluent in Italian, which is the working language of the Vatican. Preferably, he should be a scholar, but not so scholarly that people are unable to understand him.

He can be neither too conservative, so that he can attract the young people and keep the older ones from leaving, nor too liberal for the College of Cardinals who have elected him and expect him not to rock the boat but to keep the church on its present course. Thus he should be careful not raise such contentious issues as celibacy and women priests.

Yet he should be able to address issues such as sexual abuse, but not offend those who may not have been diligent in dealing with the perpetrators. He must be both loving and firm. He ought to be a father figure for all the faithful.

He must be ecumenical and open to people of other denominations and faiths, yet he should be able to articulate the Catholic faith in unequivocal terms. He must also be a statesman, since the Vatican is a state -- the smallest in the world.

Above all he must be charismatic, much in the style of John Paul II. In fact, an amalgam of John XXIII, John Paul II, and Benedict XVI would be a good choice. But such a person is hard to find. 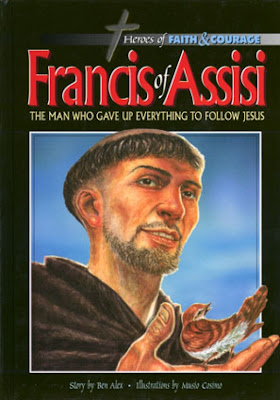 The world will soon discover what sort of a person Pope Francis is. He has been described as a very holy and spiritual person, a quality that is crucial in any pastor, especially the chief pastor of 1.2 billion Catholics. If he is anything like Francis of Assisi, he too may one day become a saint. But he is not a saint yet.

The personal history of Jorge Bergoglio, Archbishop of Buenos Aires, makes fascinating reading. Yet from this history it it difficult to determine what the new pope will do in the future.

All his life he has been concerned for the poor and is a fervent advocate for social justice. He has lived a life of austerity, for many years using public transportation and preferring a simple bed in a small room, where he cooked his own meals, to the ornate church mansion where John Paul II stayed when he visited Argentina.

Yet he has been reprimanded for the inability of the Catholic church to do more when thousands of Argentinians were kidnapped and killed. He has apologized for this failure, but many people are still very angry with the church, and refuse to attend anymore. 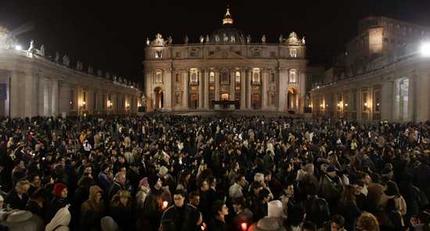 Crowd in St. Peter's Square waiting for the new pope to appear

Francis has his job cut out for him both at home and abroad. He will have to confront many difficult issues in the years that are left to this 76-year-old pontiff. He will need divine help to make the necessary changes and accomplish some much needed reforms.

Christians everywhere should pray for him that he may exercise his pontificate with great wisdom. As already mentioned, the papacy is one of the most difficult jobs in the world. No one would have blamed him if he too had refused to accept his election and had said, "I am not the leader you need."

But he did accept. Now his burden is very great. Pray for him and the Catholic church!