I have been to Cuba three time now, and yet every time I see different aspects of life in Cuba. This time, my impressions were of a country that is quickly changing, even though it has a long way to go before it becomes what many Cubans are hoping for.

Admittedly, an all-inclusive resort is hardly the best place to witness the new Cuba that is slowly dawning. Yet every time I come back, I see more signs of change. Cuba still has a way to go, but it is heading in the right direction.

The first time I went was when I broke my arm only half an hour after arriving at a resort. I ended up that night in a Cuban hospital in Santa Clara, I wrote up this experience in a posting on October 2011. For a day and a half I was a patient I confess that I received excellent care.

When I returned to the resort, I was able to enjoy long walks on the beach, even though I could not go swimming because my arm was in a sling. The food was not the greatest. As I have told many people since, "This is Cuba!"

I concluded that piece with a remark about Cuban hospitals and doctors:"I grew to appreciate the Cuban medical system. The doctors and nurses are among the best in the world, even if their equipment was old and obsolete. They are well trained and in high demand elsewhere in the world."

Finally, in that post I asked myself: "Would I go back to Cuba again?"  And I answered: "Definitely! But next time I hope to avoid Cuban hospitals." On subsequent trips I have avoided Cuban hospitals, but I got to enjoy Cuba very much. Cuba is justly famous for its beaches and its hospitality. That helps to explain why I have come back several times. 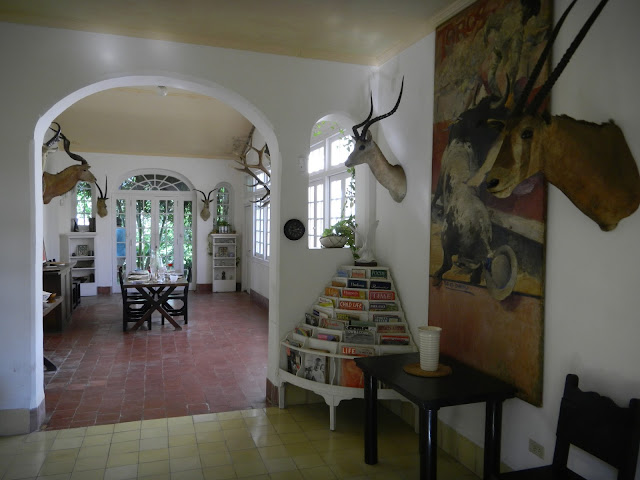 
My second visit was to a resort close to Havana since my wife and I, together with some good friends, wanted to see the capital city of Cuba. This resort was the worst we have ever been to. The facilities were inadequate and the food was terrible. We vowed never to come to this resort again.

Havana was interesting, even though it rained cats and dogs the day we went. Unfortunately, too many streets were torn up for repairs, which only made matters worse. A few days later, the four of us visited Hemingway's home, which is near Havana. This is now a museum dedicated to this great American author who loved Cuba.

The latest trip was the best yet. The resort was excellent and the food was the best we have ever  had in Cuba. Even if it lacked the variety that one expects in many Caribbean countries, the quality was good. The service too was great.

We spent a day in Havana again, and again it rained. But this time the street were finished and we had a chance to see the main parts of old Havana on foot. Later we toured some of the newer parts as well in a 1955 Chevrolet. 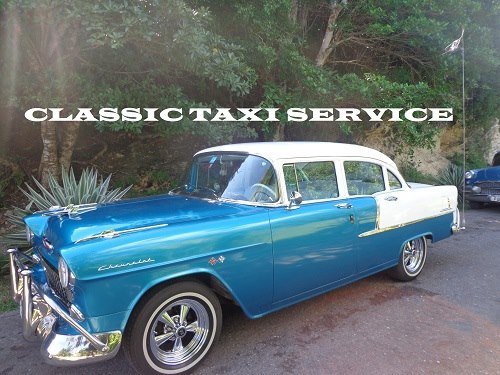 The 1955 Chevy that took us to Havana

There are lots of vintage cars still on Cuban roads, but many of those I saw are intended for tourists. The bodies have been repaired, and new diesel motors and brakes now replace the originals. Diesel, because diesel fuel is only half the price of gasoline. But these cars don't come cheap; after a complete restoration, they can cost as much as a new vehicle.

As tourists who stay in resorts, I am hardly qualified to speak about what is happening in Cuba; I can only offer impressions based on a very short stay and a very small sample of Cubans that I talked to.

Nevertheless, I am impressed by the progress that Cuba is making. There is still a lot of poverty, but there are also many signs of improvement. Salaries are pitiful, especially for those who have no access to hard currency. A pair of shoes can cost a whole months salary for those who are paid in Cuban pesos or "national coin" as it is also called.

Yet a new middle class is readily apparent. I met a few Cubans who were using the facilities at our resort.  I also a fair number of new cars.  And a fair number of guests in the hotels we visited spoke Spanish, although I did not inquire if they were Cubans.

Most revealing to me were the churches. In spite of decades of Communism and repression of religious freedom, some churches are open. Atheism was not able to destroy the church in Cuba any more than it could in other countries. 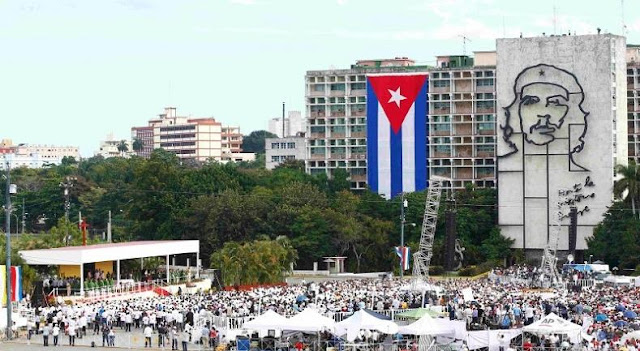 The Christian faith has not died out there. Many people still attend mass regularly, even if many outward signs of piety are discouraged and many churches were closed or converted to other uses. The same thing happened in other formerly Communist countries; now they are being returned and restored to their former use.

Thousands welcomed Pope Francis during his recent visit to Cuba, where he delivered a message of reconciliation for the former Cold War foes, while carefully avoiding controversy on the US trade embargo. Cubans wanted him to condemn it.

Yet he did plead for greater freedom for the church. He is widely credited for facilitating the new agreement between Cuba and the US that led to the reopening of their embassies, the easing of the embargo and opportunities for Cubans to travel out of the country.

The US embassy building in Havana is a visible symbol of a new era in the relations between the two countries. The easing of the embargo has been widely welcomed by Cubans who hope that it may finally end so that their economic situation may improve. 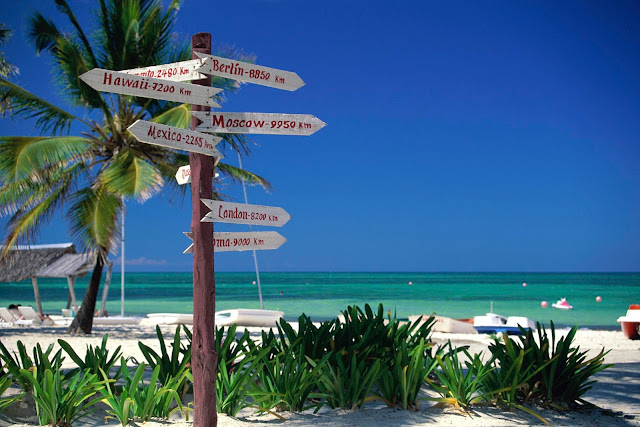 But Cubans have mixed feelings about this. They welcome the arrival of Americans in the near future with both joy and dread: joy for a flood of US dollars to help stimulate the economy, but they dread the drugs and guns that the Americans will also bring.

The Cuban Revolution ended some of evil that is attached to the American presence before 1959 and thus Cubans have little willingness to see that repeated. They are still angry about the 1962 Bay of Pigs invasion which was intended to overthrow the Castro regime.

In the National Hotel I witnessed photos of all the foreign dignitaries, including Americans, who have stayed in the hotel. To me, however, these photos resemble a rogues' gallery. Just outside the hotel I saw how Cubans interpret the Bay of Pigs.

Cubans are not alone in fearing a new American invasion. Many of the people at our resort, the majority of whom are Canadians, told me that they were visiting now before the Americans would ruin everything. I confess that I shared this concern.

Cuba is rightfully praised for its human right's policy and for its health and educational system. Cuba sends many medical personnel overseas to help train people there. That help has been gratefully received in many countries. 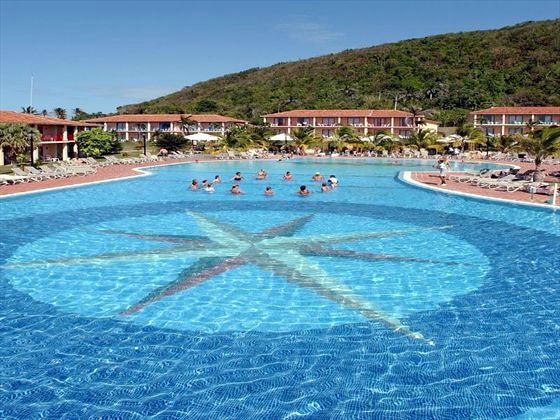 The resort where we stayed this time in Cuba

As to what will happen in Cuba after the death of Fidel Castro, people can only speculate. Some Cubans whom I spoke to expect even greater reforms than those that have occurred until now under the presidency of Raul Castro who took over from his brother in 2008. Yet the very fact that they were willing to reveal this to a foreigner is an indication of the changes that have already taken place.

I hope and pray for many more and greater changes so that hardworking Cubans may finally enjoy a better life than they do now. But Cubans have much to be thankful for. The Cuban Revolution was not the unmitigated disaster that the Cuban exiles in the US have portrayed it as.

In Cuba I found a people who hope for a brighter future for themselves and their children. May God grant them that! They richly deserve it!