Where are our prophets?

Prophecy is the voice that God has lent to the silent agony, a voice to the plundered poor,
to the profane riches of the world. It is a form of living, a crossing point of God and man.
God is raging in the prophet's words.
—Abraham Joshua Heschel, The Prophets
Prophets are in short supply today. According to Abraham Heschel, other nations have soothsayers and diviners who try to discover the will of God, but the Hebrew prophets are the recipients of God's wrath and sorrow over his nation for having forsaken him. God has feelings, and he reveals them through the prophets.
In Judaism, a prophet (navi) is understood to be "the mouth of God." The Talmud recognizes forty-eight male and seven female prophets. Abraham, Moses, Miriam, Samuel, Isaiah, Ezekiel, and Malachi are only a few examples. But prophecy ended early in the Second Temple era. 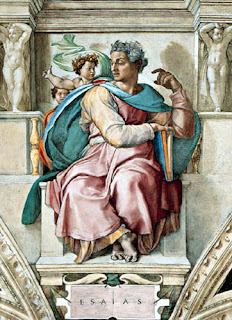 Isaiah
The Christian tradition acknowledges some of these prophets, but it adds in the New Testament era two more prophets, John the Baptist and Jesus Christ. Most Christians agree that prophecy, in the biblical sense, ended shortly after the coming of Jesus.
Although the Qur'an mentions only twenty-five prophets, Muslims believe that there were 24,000 prophets and that God had sent a prophet to every people. Muhammad, however, as the "seal of the prophets" is the final one. Jesus, or Isa as they call him, is merely one of the twenty-five mentioned in the Qur'an; he is not the Son of God, since God has no sons.
While I agree that scripture is complete, and that prophetic revelation in that sense has ended, this does not mean prophecy as such has stopped. Heschel himself discusses this in a series of articles. While I do not accept Heschel's interpretation of prophecy entirely, he does accent properly that God speaks through his prophets and continues to do so in the Middle Ages and even later.
God continues to speak to us through the biblical prophets. Their voices are not muted at all. They speak to us eloquently and powerfully, but we need contemporary prophets too.
It is my contention that God continues to speak through prophets today as well. Today's prophets include people such as Gerald Vandezande, whose passing I recently commemorated.
My lament, however, is that there are very few true prophets today.
There are many self-proclaimed prophets, such as Harold Camping, whose prophecy about the end of the world I also wrote about not long ago. But these are not true prophets, since their prophecies did not come to pass. 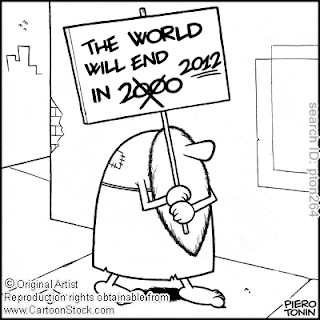 A true prophet is someone who speaks out against the injustices of the time. Traditionally we assume that all true prophets are believers in God, but I suspect that on occasion God can even use people like Karl Marx, who did not believe in him. After all, nothing is impossible with God. 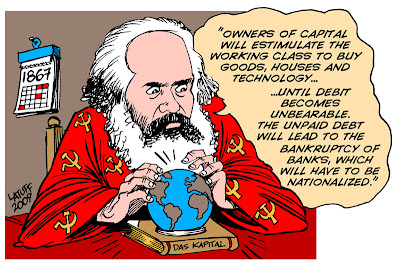 Marx's prophecy was fulfilled in 2008, when governments did nationalize banks. One does not have to be a Marxist to recognize the contribution that Marx made in fighting social injustice. And we should not blame him for the misuse that his followers have made of his ideas.
I prefer, however, to deal with prophets who do believe in God, whom God choses to speak out on his behalf. Like Isaiah, God has commissioned them. Not all of them accept the prophetic mantle willingly. Some like Jonah flee in the other direction, only to be dragged back miraculously to their God-given task. 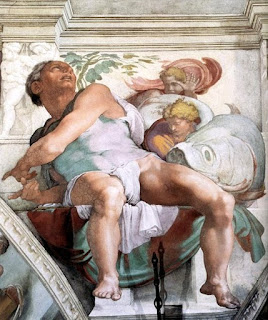 Jonah
Unwilling prophets are not self-promoting. There are too many so-called prophets who address contemporary issues, but who are in it for their own personal gain. They are not servants of God.
What the world needs today are prophets who are willing to speak out boldly against the gross injustices of our time--men and women who are not afraid to tackle today's big issues: poverty, financial fraud, greed, world hunger, etc. Too many self-declared prophets specialize in trivial matters. 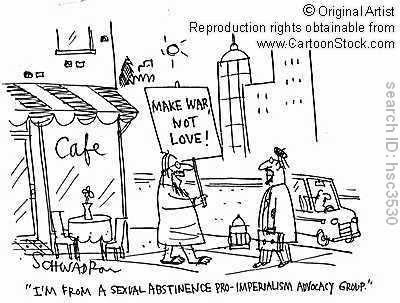 Do you see now why I raise this question in my title: Where are our prophets?
Where indeed are the people who proclaim God's judgment on the tycoons of Wall Street or Bay Street in North America or the City in England, but at the same time speak God's comforting word to those who are suffering as a result of their rapaciousness?
Where are those who will condemn the tyrants of the world who try desperately to hold on to power so they can enjoy their ill-gotten gain, while their own people are fleeing to refugee camps in neighboring countries?
Where are those who are prepared to do more than just provide food for the famine victims in the Horn of Africa but will censure people for the money that is being wasted, especially in western countries, on food, pets, and armaments, just to highlight a few items?
Where are our prophets?
If prophecy is indeed the voice that God has lent to the silent agony, a voice to the plundered poor, to the profane riches of the world, as Heschel writes so eloquently, then do you hear God raging in the prophet's words?
Are you listening?