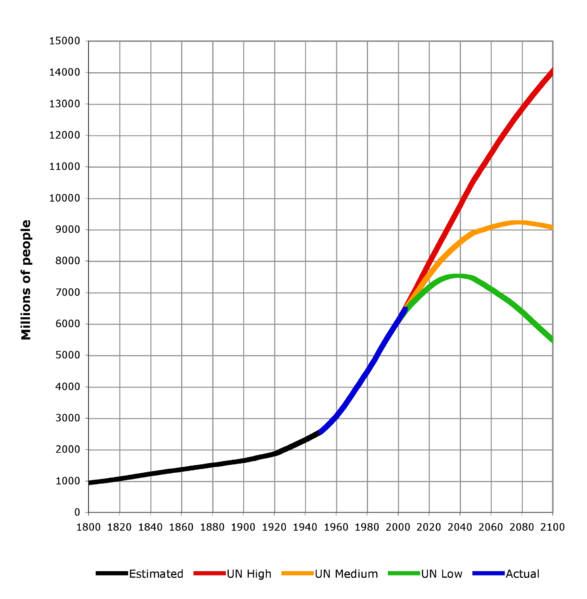 The current annual rate of increase is only 1.2%. The global population growth rate peaked at 2.1 % in 1970 and has steadily declined since then, due largely to smaller family size.

Where you fit into the seven billion? See http://www.bbc.co.uk/news/world-15391515.
Watch the world population clock. See http://www.worldometers.info/world-population/.

Have you ever wondered how many people have ever lived on the earth? The following table is an educated guess:


How Many People Have Ever Lived On Earth? 108 Billion
Source: Population Reference Bureau estimates


Other guesses range between 75-110 billion. For the sake of convenience, let us assume 100 billion. In that  case, no more than 7% of the people who have ever lived are alive today. Seven billion and counting, but this is a very large number, as is the percentage.
The following video may also be helpful in understanding how these figures are calculated:  http://www.youtube.com/watch?v=7WTctr5kviA&feature=player_embedded#!.

Of the seven billion currently living on this earth, how many people and what percentage belong to the world's major religions? The following table illustrates this:

The main reason for the higher percentage increase of Islam as compared to the other major religions is its higher fertility rate, but that is declining decade after decade, as one can see from the following tables:
Source: CIA World Fact Book, 2010 ed 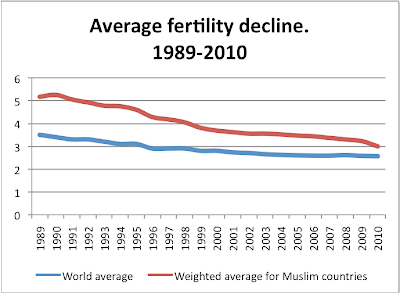 Source: CIA World Fact Book, 2010 ed
These figures for the world's major religions suggest that they will continue to remain constant in relation to each other and to the population of the world as a whole, with perhaps a slight overall growth for the major religions. The next billion or two will probably divide in a way that is similar to what we find today.
In other words, religion is not dying, as some secularists believe. If anything, secularism may be declining. God is not yet dead. Far from it.
This does not mean that evangelism work by whatever religion is not useful. On the contrary, it contributes to the relatively higher conversion rate of some of them, but the percentages of the world's population for the various religions will remain more or less constant. 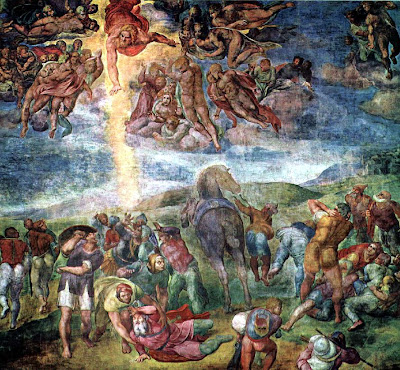 Conversion of St Paul
I have one concluding question which is theological and may stir up a few objections. Of the 100 billion or so people who have ever lived or are still living, how many were or are or will be saved? Is it only a small percentage of that vast number, as an analysis of these figures might suggest?
Personally, I am inclined to conclude that this may not be the best way to state the question. But if it is acceptable, then I suggest that God did not create 100 billion people in order to assign most of them to hell, which I interpret as a total separation from God.
On the contrary, God loves his creation so much that all his creatures, including all or most of the 100 billion, experience his love and can enjoy his presence.
This may seem a controversial assertion, but it follows I believe from this brief study of the world's ever increasing population and the world's religions.
Lest I be accused of universalism, let me deny that claim. There is a lot of biblical warrant for my assertion, but I do not want to dredge up texts on both sides of this debate. I want to avoid biblicism, and yet I do want to remain true to the Christian scriptures.
There may be some people who are not saved, but many, even most, are. Otherwise, what sort of a God do we worship? Our God is a loving God! He does not want any to perish!
The question of who is saved and how many are saved is not ours to answer. God alone knows. He alone decides. Or do we claim to be wiser than God?
I am convinced that this number is much greater than many of us are willing to acknowledge.
God's love is much greater than anything we can imagine. It reaches out to each and everyone of us. That some may reject that love is a whole other issue that I do not want to address right now.
I want to leave you with an image of God's love reaching out to each of us as well as to each person who has ever lived. If you deny this by limiting his love, your God is too small.
Seven billion and counting. And more than a 100 billion people in all. What an amazing God! What amazing love! 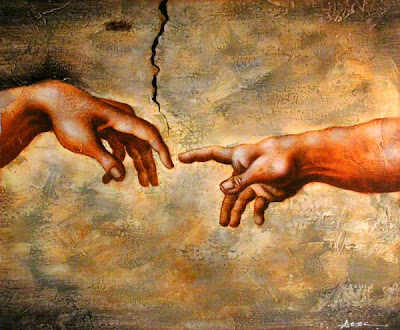