Hope for the Palestinians? 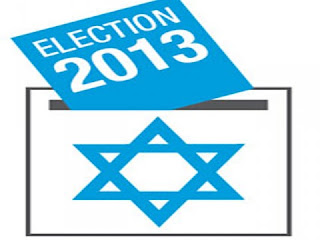 Is there any hope that the Palestinians will one day enjoy their own state? Thus far there have been few signs of such a hope. It was kindled briefly at the United Nations when Palestine was officially recognized as an observer state, but this hope was soon dashed by the Israeli government of Binyamin Netanyahu.

Palestinians were not very hopeful when the current election in Israel. Many felt that little or nothing would change. The new Israeli government would be similar to previous governments, they insisted, and the peace process would stymied as always.

During the election campaign, the Palestinians were hardly mentioned, but the election results on January 22 may yet shove the Palestinian cause into the forefront. Much depends on the coalition negotiations that have already started and which will determine the shape and direction of the new Israeli government.

After the election, the question on many people’s minds now are how it will affect the stalled peace process with the Palestinians. All of a sudden, the Palestinian issue has been pushed to the forefront. 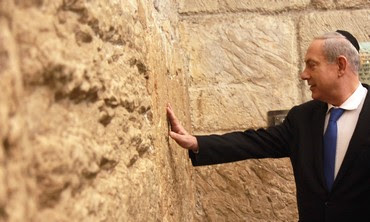 Netanyahu visits the Western Wall after voting on January 22

To the vast majority of Israelis, the election was a foregone conclusion: the current Israeli prime minister would be re-elected to lead the 19th Knesset. Netanyahu may yet return as the head of the new government, but his plans and that of his party were thwarted in the election.

Yesh Atid (There is a Future), the party of Yair Lapid, a former television talk-show host, which was running for the first time, got 19 seats in the 120-seat parliament, against 31 for Likud-Yisrael Beitenu, led by the incumbent prime minister, who may yet retain his post. But he will find it much harder in the next month or so to form a new ruling coalition.

Likud-Beitenu’s tally of 31 seats is 11 fewer than the previous combined parliamentary strength of the two parties in Netanyahu's  ruling coalition. His party, Likud, and Avigdor Lieberman’s Beitenu, had teamed up on a joint list just before the election. 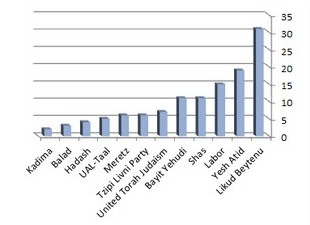 The election results, according to the Jerusalem Post
(note how the scale has been adapted from Hebrew)

Netanyahu announced on Facebook on election night that he believed Israelis want him to “continue in my position as prime minister” and “form as broad a coalition as possible." He may be right about the second, but the first is far from certain.

The prime minister may no longer be able to depend on the hawkish and religious parties that propped up his previous governments in the past, although they together with Likud-Beitenu got half the votes and thus won half the seats in Israel's system of proportional representation.

Parties like Shas, which represents the ultra-Orthodox, whose young men have long enjoyed exemption from military service and have collected welfare while engaging in religious studies, may not be part of the new government. This represents a major shakeup of the Israeli political scene.

Since Netanyahu's former coalition did not win an outright majority, in which case they might have hunkered down and turned a deaf ear to the pleas of the world to engage in peace negotiations with the Palestinians. Now he may have to turn to Yesh Atid, which has pledged to begin drafting the ultra-Orthodox, reduce the cost of living, and return to peace talks with the Palestinians. 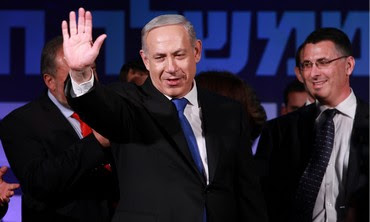 Netanyahu's claim of victory may be premature. If he does become prime minister for a third time, his victory could yet prove to be a Pyrrhic one. Israelis, far from moving right, have turned toward the center. The left and the right now share 60 seats each in the Knesset.

The Labor party, which shares some of the same concerns as Yesh Atid, has bounced back, while Bayit Yehudi, the party of Naftali Bennett, the hawk who rejects the idea of a Palestinian state altogether and did not do as well as expected, will probably not be brought into the government at all.

There is no guarantee that events will unfold as I have outlined. Netanyahu may yet turn to his former allies to form a new government, but now a new window has opened for the Palestinians.

It seems that for the majority of Israelis a solution to the Palestinian conflict is not a priority.But given that Yisrael Beiteinu, the other half of Netanyahu’s newly merged political party, supports the two-state solution, there is indeed potential for change.

Further support comes from the party of Tzipi Livni, a former foreign minister whose main policy is to cut a deal with the Palestinians; her party got six seats. 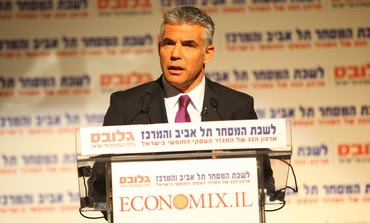 Yair Lapid is reluctant to join an anti-Netanyahu movement

Israelis did not vote massively for a resolution of the Palestinian conflict. They were focused especially on domestic issues, but some no longer want their government to ignore this issue. It has been on the back burner too long and needs to be addressed. Otherwise a catastrophe looms.

A democratic Israel will eventually lose its Jewishness, because of the higher birthrate of the Palestinians. But to preserve the Jewish character of the state, it cannot continue to be democratic: then it must reduce the Palestinians to second-class citizens.

In the past Netanyahu’s policy was to continue building settlements on the West Bank and to play down the substantial role of the Palestinian Authority in delivering security for Israelis, thus dismissing the Authority’s success in building institutions of statehood. 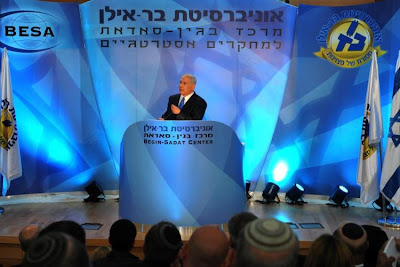 This policy will have to change. Netanyahu has spoken out positively about the peace process before. This election is perhaps the reminder he needs that the peace process must be rekindled before it is too late and a viable Palestinian state becomes an impossibility forever.

Israelis must be offered more than the dilemma that the one-state solution presents. There is another choice, and many Israelis realize that, but that choice is quickly slipping out of their hands.

My prayer is that the peace process may soon be rekindled. At present there is little in the way of concrete proposals on the table that can be discussed, but that may soon change when a new Israeli government is installed that bears little resemblance to previous ones.

The Palestinians can now hope that a Palestinian state will become a reality. Their hopes have been dashed many times in the past. The new Israeli government when it is finally formed may be their best hope yet. And it may be the last hope for a two-state solution.

Knowing a little bit how Israeli governments have dealt with the peace process in the past, I suspect that the US and other Western countries may have to put some pressure on the new government to move it forward.

How quickly things change. Who would have thought that only a few days ago? Pray that the Palestinians may not be disappointed this time. This may be the last chance they get.