Sunni vs Shia: is this the correct prism for viewing the Middle East? 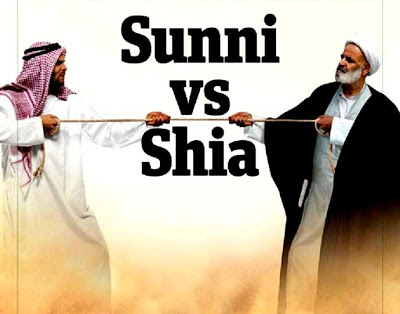 A recent poll on Al Jazeera Arabic's website asked who was responsible for turning the Syrian revolution into a sectarian conflict: the Sunnis or the Shia? Around 95% of those who voted blamed the deterioration on the Shia. Whether that was fair or not is not the issue, but whether Sunni and Shi'a should be contrasted in this way. Is the Sunni-Shi'a prism the correct one for viewing the Syrian conflict?

Not just Al Jazeera but also many segments of the Arab and the international media have been occupied with the supposedly growing clash between Sunni and Shia Islam both in Syria and throughout the Middle East.

Even The Economist has contributed an article describing this conflict in sectarian terms, although it concedes that the clashes between Sunnis and Shias have been the exception rather than the rule, since many Muslims disdain this confrontation.

However, this simplistic reduction of the Syrian war, and indeed many other struggles in the Middle East, to a sectarian conflict between Sunni and Shi'a is both unfortunate and wrong. It reflects a wide-spread tendency to reduce many wars to religious conflicts. Instead, many of them are largely political in nature.

The civil war in Syria, though it has escalated tremendously since it first started more than two years ago, remains essentially a clash between an authoritarian, ruthless leadership, and the established, corrupt elite that supports it, on  the one hand, and the disenfranchised masses on the other. 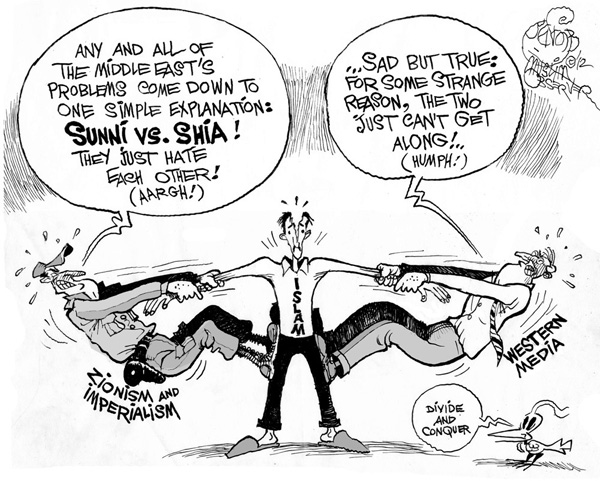 This is a political struggle between people who are predominantly Muslims, either Sunni (74%) or Shia (13%). Both sides in this struggle have their supporters in other Middle Eastern countries, but Sunnis and Shias are represented on each. President Bashar al-Assad's family is Alawite, who make up the largest part (11%) of the Shias in Syria.

Syria's official ideology is pan-Arabist, secular Ba'athism, which although authoritarian is, in principle, is blind to ethnicity and religion. The original Ba'ath party was established by a Christian (Michel Aflaq), a Sunni (Salah al-Din al-Bitar) and an Alawite (Zaki al-Arsuzi).

If this sectarian interpretation of the Syrian war continues, it is likely tear the country apart once the Assad regime is defeated, derailing future efforts to rebuild the country. Once the guns fall silent, the hapless Alawite minority could pay a heavy price for this supposed clash if the Sunnis decide to blame this sect for Assad's abuses, conveniently forgetting the fact that most of the regime is Sunni.

Without going further into the complexities of the Syrian war, which has been dissected repeatedly lately by journalists, I only want to comment on the journalistic propensity to interpret events as if, especially in that part of the world, they were all or predominantly sectarian. But that is not a fair way to characterize these events, most of which are exceedingly complex.

Religious sectarianism is only one factor among many. Yet, since religion is very visible in the Middle East, it is easily identifiable, whereas other factors are generally too numerous and too difficult to be discussed in newspapers and on TV. Thus religion is what is identified. 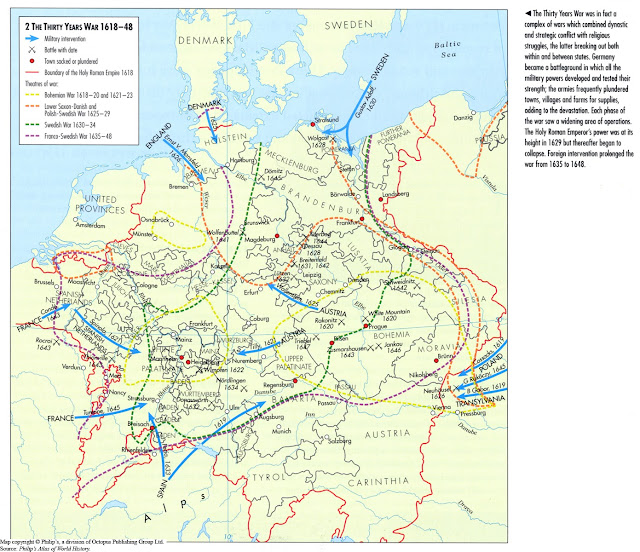 Many centuries ago, the Thirty Years' War (1618-1648), which was actually a series of wars that ultimately involved most of the countries of Europe, may have started as a religious conflict between Roman Catholics and Protestants, but local political disputes played a leading role. As the war continued, however, it became increasingly a continuation of the struggle between the Bourbons and the Habsburgs for political preeminence in Europe.

To characterize the Thirty Years' War as primarily a religious or sectarian war, as is still often done, is not merited by the historical facts. These factors were much more complex than they are often presented, though this war did mark the end of the major religious wars that began with the Protestant Reformation.

The division between Shia and Sunni dates back to the death of the Prophet Muhammad in 632. Then the question of who was to take over the leadership immediately arose. Sunni Muslims agreed with the position that the new leader should be elected from among those who are the most capable. 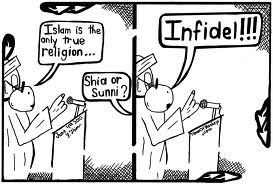 This is what was done, and the Prophet Muhammad's close friend and adviser, Abu Bakr, became the first caliph of the Muslim umma or community. The word "Sunni" in Arabic comes from a word meaning "one who follows the traditions of the Prophet."

On the other hand, Shias believe that leadership should have stayed within the Prophet's family, specifically, his cousin and son-in-law, Ali bin Abu Talib. Throughout history, Shias do not recognize the authority of elected Muslim leaders, but instead follow Imams who have been directly appointed by Muhammad or God.

The word "Shia" in Arabic means a group or supportive party of people. The commonly-known term is shortened from the historical "Shia-t-Ali," or "Party of Ali." They are also known as followers of "Ahl-al-Bayt" or "People of the Household" (of the Prophet). 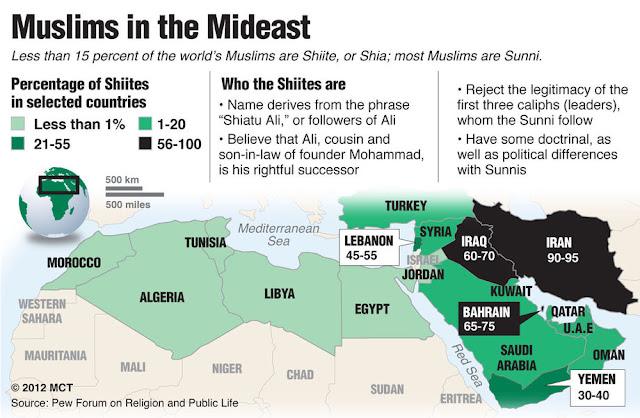 Sunnis make up the majority (85%) of Muslims all over the world. Significant populations of Shi'as can be found in Iran and Iraq, and large minority communities exist in Yemen, Bahrain, Syria, and Lebanon. While political leadership was the original issue, many aspects of spiritual life have been affected.

Despite some differences in theology and practice, Shias and Sunnis share the main articles of Islamic belief. Most Muslims do not claim membership in any particular group, but simply call themselves "Muslims."

If the Syrian conflict continues to be viewed through a Sunni-Shia prism, there is the danger that this will become a self-fulfilling prophecy and further ignite the flames of sectarianism throughout the Middle East. 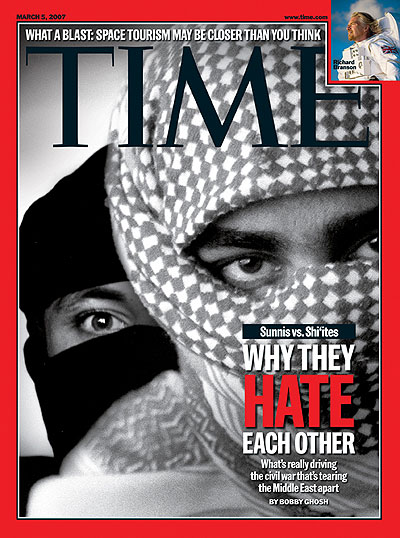 Conflicts throughout the Middle East are political, but not in the first place about the ancient feud regarding the status of Ali. They are essentially battles between disenfranchised populations and the entrenched and corrupt establishments that desperately wants to hold onto power, and will stop at nothing, even massacring  their own people, as in Syria, to retain it.

While sectarian conflict is not unknown in the Middle East, as it was in Europe during the Thirty Years' War, such conflicts should not be viewed primarily from a Sunni-Shia prism. Instead, we must acknowledge the complexity of the many factors that contribute to them and avoid any reductionism.

To reduce these conflicts to the sectarian is not only wrong but may, in fact, stoke these conflicts and make them worse. Thus these reductions are turned into self-fulfilling prophecies. We must avoid at all cost making the Middle East even more explosive than it already is. One way to do that is to stop using that prism.