Ashamed to be a Man

I am ashamed to be a man. Very ashamed.

We can no longer tolerate such abusive behavior by other men. Many of us may have accepted it at one time, even if we did not do it ourselves, but that is no longer possible because we do not view women that way nor should society. Therefore, I feel compelled to speak out, and so must other men if this problem is ever going to be licked.

Violence against women can take many forms, including sexual assault and abuse, which I want to concentrate on this time. I have touched on this issue several times over the last few years in my blog because of its prevalence around the globe. It can be found in every country of the world and it happens in very part of society.

This time, I will not deal with violence against women perpetrated on continents other than North America. Female infanticide; physical, sexual and psychological abuse, child marriage; female genital mutilation, and child prostitution are just a few examples of such violence. Sadly, there are more,examples, too many to list here.

Instead, I want to restrict myself to sexual abuse in North America, which has made headlines recently. Donald Trump is perhaps the most infamous case at the moment. Bill Cosby's name also immediately comes to mind. Other examples can be found both here and in other parts of the world.

And going back a few decades, JFK's attitude to women was abusive, but he did this in an era when the media looked the other way. Somewhat later, Bill Clinton was not so fortunate when the media reported him engaging in questionable sexual acts that he only belatedly admitted. All of them claimed that the sex was consensual, but power structures put a lie to that claim. 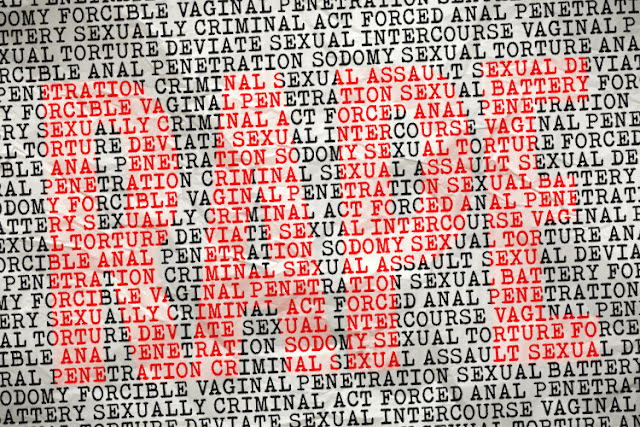 I should not have to add that such violence is always wrong, whether the abuser is a date; a current or past spouse, or boyfriend/girlfriend; a family member, a coworker, an acquaintance or a stranger. In most jurisdictions, it is also illegal, although enforcement of these laws is often haphazard or totally lacking.

Unfortunately, men like Trump are in total denial when it comes to violence against women. They claim that they have never committed any form of sexual assault. And that if they did have sex, it was always consensual. Trump even adds that "no one respects women more" than him.

Kofi Annan,a former Secretary-General of the United Nations, declared in a 2006 report posted on the United Nations Development Fund for Women (UNIFEM) website that:"Violence  against women and girls is a problem of pandemic proportions. At least one out of every three women around the world has been beaten, coerced into sex, or otherwise abused in her lifetime with the abuser usually someone known to her."

In Canada, aside from domestic and some other kinds of violence, such violence has been signaled especially in the military, the RCMP, other police forces, and even in fire departments. The sexual harassment of women in Canada's armed forces and police services is common, The evidence, both anecdotal and actual, is extensive, yet little is done about it. It has gone on for decades and continues today. The pattern is familiar: public outrage is followed by promises by the military and the RCMP to do better, but nothing changes.

To the leadership in the armed forces, the RCMP, and other police forces, sexual abuse and assault seem to constitute a public relations problem that must be managed, rather than a culture and practice that has to be expunged. In the armed forces, denial has become standard operating procedure. A former Chief of the Defence Staff has stated that he did not accept the "notion" that sexual violence was part of the military culture. No wonder so little has happened to correct this dire situation.

The culture of the armed forces and quasi-military forces like the Mounties promotes hyper-macho behavior in its young men in the name of unit loyalty and absolute conformity to the chain of command structures. Some men admit that within weeks that culture has changed them and made them behave the same way as their fellow soldiers or policemen.

There is indeed a sexualized culture in the military which intimidates female victims and discourages them from reporting the harassment. It's the same in the RCMP.  Female members are fearful of speaking out because of reprisals against their career advancement.

Last year, a young woman hired by the prestigious Royal Military College in Kingston to run a workshop on sexual assault and consent said she was greeted by greater hostility by the cadets than she had ever experienced before. One officer cadet joked that nobody reports sexual harassment, "Because it happens all the time." 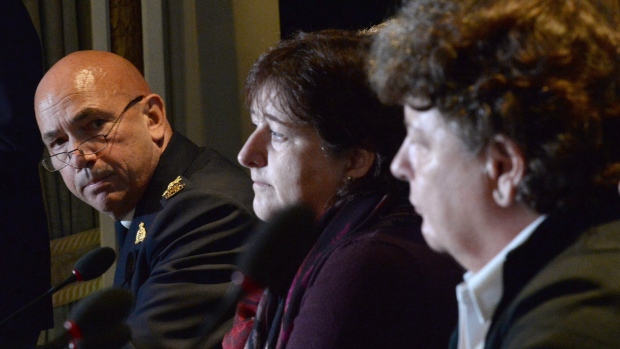 Recently, the RCMP delivered an apology to female officers and civilian members who suffered harassment, discrimination, and sexual abuse in the force. The federal government has put aside $100 million for compensation. RCMP Commissioner Bob Paulson teared up as he apologized and praised the women for their courage:


To all the women who have been impacted by the force’s failure to have protected your experience at work, and on behalf of every leader, supervisor or manager, every commissioner, I stand humbly before you today and solemnly offer our sincere apology.
You came to the RCMP wanting to personally contribute to your community and we failed you. We hurt you. For that, I’m truly sorry.

Two factors can curse a female Mountie’s career, according to some women confidence and intelligence. One said, "The more beautiful you are, the more feminine you are, the more willing you are to speak up, the worse you’ll be treated." That is sexism: the objectification and the demeaning of women.

The culture that condones and even encourages violence against women is pervasive. It can be found in every military and police force in the world.Men are inculcated into that culture -- willingly or not. In such a culture, women are at a great disadvantage. The name of the game is power. Who has the power? Men, of course. They control the entire process.That is why nothing is going to change anytime soon.

Trump's predatory behavior towards women as recorded in 2005 expresses the prevailing attitude of some men in this culture. Men can do anything they want with women. An excerpt from this recording: 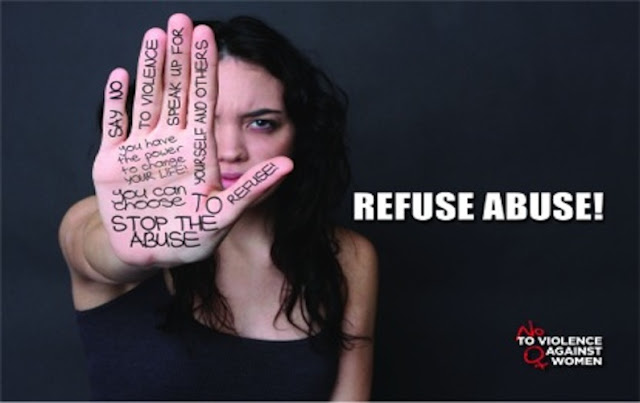 The sexists in this culture, which seems to include a lot of men, might respond by saying, "Oh good! Just what we need! We can’t get enough of that!" Not that they need any further justification or encouragement for their behavior. They have absolutely zero respect for women. Trump typifies their attitude.

It is no wonder that women are demanding an independent body, outside the chain of command, to examine complaints of sexual harassment. The existing power structure prevents a fair examination., But more is needed; much more!

There are many types of violence against women that I have not discussed. There is no real hierarchy when it comes to violence; all are equally objectionable. Violence directed against men is also wrong. Unfortunately, men are also frequently victims of bullying, especially in the military.

Enough is enough! Men and women are equals and must treat each other the same way. Women must no longer be treated as subordinates. The whole power structure must be changed. Women must enjoy full human rights, and these rights have to be codified as positive laws and then, most crucially, be properly enforced. If all that happens, then violence against women would be reduced and eventually stopped. 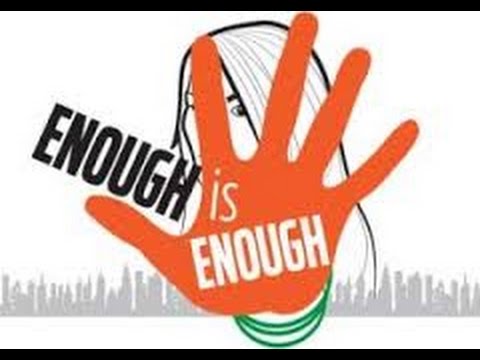 As a final note, I want to speak to those Christians who argue that the Bible supports the subordination of women. While I do not intend to refute them by discussing specific biblical verses, I would point out to them that the best way to understand the Bible yeaches is through discerning where the biblical texts are placed in the larger biblical story.

The subordination of women looks back to the situation of a fallen humanity. But  now, since the death and resurrection of Christ, such subordination is no longer relevant. In the new creation that he ushered in, a new relationship between men and women is possible. This relationship excludes all forms of violence, including violence against women. In Christ, all of us are new creatures who are commanded to love one another.

If all people loved each as they should, there would not be any violence at all. Although the fulfillment may have to wait for some future time, we may start now already. The United Nations General Assembly in  Resolution 54/134 has designated November 25 each year as the International Day for the Elimination of Violence Against Women . We don't have to wait until November 25 to act. Men and women must work together to end this violence. Enough is enough!