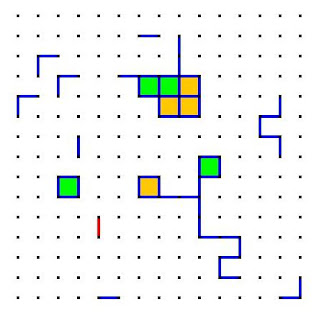 News stories sometimes seem to be isolated and not connected with other events. Many are ephemeral, they do not last long. But there are times when some stories have a longer shelf life. Then, especially, it is important to connect the dots. We need to establish the connections between these stories and others for the impact they can have.

In the last few weeks I have come across a number of stories that begged me to connect the dots. At first sight the connections may not be obvious, and then again it may quickly be very clear to you, as it was to me. I grant that as a Canadian I perhaps have a unique platform from which to view the world and connect these dots. All these stories affect me, even if not all of them will affect you. You may connect the dots differently.

I want to begin with the recently passed legislation in Russia banning discussion of homosexuality. One can be sent to prison for raising the issue of gay rights. This law also applies to all visitors to Russia, including those who will attend the Olympics in February.

Russia was also in the news for granting temporary asylum to Edward Snowden, who was cooped up for many weeks in the transit area of Sheremetyevo airport in Moscow. The US immediately condemned Russia for this action. Canada soon followed suit in condemning Russia. Some voices have already suggested a boycott of the Sochi Olympics and proposed that the games be moved to Vancouver.

A boycott does not seem very likely at the moment, but the International Olympic Committee is waiting for more clarifications from the Russian government on the anti-gay law, according to IOC President Jacques Rogge.

Other proposals include wearing rainbow pins or only having a boycott of hockey. The latter would hit hockey-mad Russia especially. but it would not affect the athletes as much, since they are professionals who do not need the Olympic stage the same way that other athletes would. 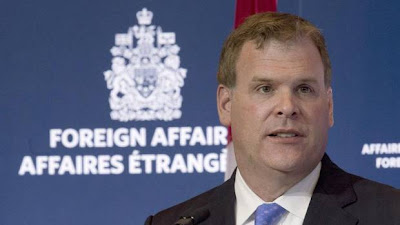 Almost in the same breath as the Snowden incident, Canada condemned Russia's anti-gay legislation. The condemnation of Russia for accepting Snowden was hardly a surprise, since the Harper government has for many years done everything it could to curry favor with the Americans. The other condemnation, however, was unexpected.

The reason for the first condemnation is not ideological, since the Harper Conservatives are far removed from the Obama Democrats. But Canada does need US regulatory approval for the Keystone XL pipeline, a line connecting Canadian oil fields to refineries in the Gulf of Mexico. Environmentalists on both sides of the border are very much opposed to this pipeline and hope that this proposal is rejected.

President Obama recently stated that this pipeline would not create as many jobs as proponents suggest. He will probably make a decision on Keystone before the end of this year. No doubt, he will be criticized very severely no matter which way he decides.

Prime Minister Harper immediately contradicted Obama. Canada needs this pipeline, claims Harper, who also represents a Calgary, Alberta, seat in Parliament. Oil is the lifeline of that province. This is one reason why the Conservatives have whittled away at regulatory controls, much to the ire of environmentalists.

Just in case the Keystone project does not transpire, several alternatives have been proposed: the Northern Gateway pipeline to Kitimat, BC, from where Alberta oil can be shipped to Asia. Another alternative is reversing an existing gas pipeline. and adding some new lines, to carry oil to the east coast of Canada. 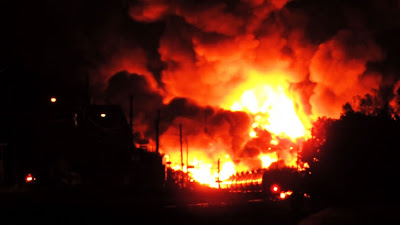 The tragic accident in Lac-Mégantic, Quebec, where a runaway train exploded and destroyed the central part of the town, and 47 people died, has reinforced the need for an east-west pipeline, which is considered safer than a train and emits less greenhouse gases, but even pipelines have experienced massive leaks.

The American company that was carrying the oil from North Dakota has now declared bankruptcy, claiming that insurance will only cover a small fraction of the total cleanup and restoration costs. Canadian taxpayers are on the hook for the balance.

Canada's condemnation of Russia's anti-gay legislation was a surprise. John Baird, Canada's Foreign Affairs Minister, was the spokesperson for the government on this issue. He described the new anti-gay law as “mean-spirited and hateful.”

But Baird is the most outspoken advocate in cabinet for gay rights, and thus it should not have been entirely surprising. He was one of only a handful of Conservatives who supported Bill C-279, an act to amend the Canadian Human Rights Act and the Criminal Code to include gender identity as a prohibited ground of discrimination.

The base of the Conservative party was upset by Baird's remarks. REAL Women of Canada, a right-wing women’s group publicly denounced him as out of step with conservative grassroots. The public in Canada, however, has widely accepted gay rights. The Conservatives are well aware of this. 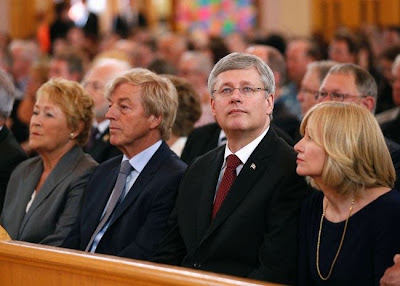 Harper and his wife at mass honoring Lac-Mégantic victims

Harper later defended Baird, and stressed the importance of human rights. Yet in the past Harper has been more ambivalent about gay rights. Whether out of fear of alienating the party's base or because of personal convictions is not clear. Harper is an astute politician who, for example, has forbidden his caucus from raising the abortion issue publicly, even though he personally may be opposed to abortion. But that too is not clear.

My difficulty with Harper is that his personal faith is not evident in the policies that he proposes. Arguably, he is the country's most openly religious leader in decades. He is a committed, evangelical Christian, yet he keeps his faith private. In the Canadian context, he is damned if he does talk about his beliefs and damned if he does not.

Canadians typically do not take well to expressions of evangelical Christian beliefs, largely because they don't understand them. They are more secularized than Americans, and thus Canadian politicians do not talk about their faith very much. As a whole, Canadians have long been squeamish about mixing religion and politics. Harper's reluctance let faith play a role is therefore understandable.

You see, perhaps, how all these news stories are interconnected. I have tried to connect the dots. There are even more dots that I could connect, but these prove my point. As Descartes often wrote in his conclusions: QED (that which was to be demonstrated).

I could have said more about some of these news items.I could have selected even more stories. I hope this exercise has been worthwhile. I enjoyed it very much. I hope that you did too.