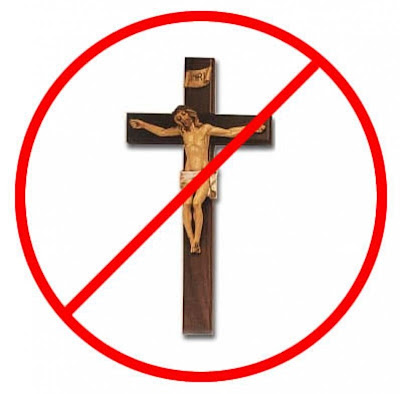 Politicians who want to ban religious symbols run the danger of burning their fingers. That is what the premier of Quebec, Pauline Marois, is discovering. Quebec’s proposed ban on the wearing of religious symbols has drawn extensive criticism from across the country, even though it enjoys widespread support at home.

While no bill has been tabled yet, this proposed crackdown on personal displays of religiosity has already sparked intense debate from politician,s both inside and outside the province, as well as political pundits, legal experts, and the minority groups in Quebec who may be deprived of their most cherished symbols.

The legislation being considered would see the Quebec government outlaw public employees from wearing hijabs, turbans, kippas, and other religious clothing and symbols, even crucifixes, in schools, hospitals and other government buildings in the province. This proposal is part of a "Charter of Quebec Values."

According to some reports, these measures would apply to all those who are paid from the public purse: civil servants, lawyers, police officers, teachers, and even doctor and nurses. These measures are designed by the minority Parti Québécois government to underscore Quebec’s secular nature. 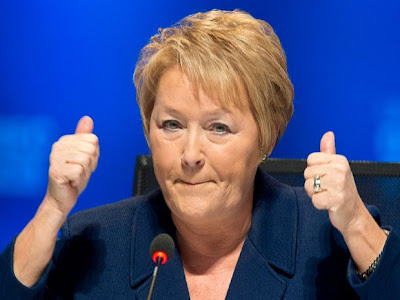 A Forum Research poll suggests that this proposal enjoys strong support in the province and the government may have the political support needed to pass the legislation into law. In Quebec, 58% of those polled support the proposed charter. Two out of three respondents believe that “too many accommodations” are made for religious groups in Quebec.

A majority of French-speakers said they backed the ban, while a majority of anglophones and allophones (those whose mother tongue is neither French nor English) were strongly opposed to the proposal.

In the rest of the country, 42% of Canadians approve, while 47% disapproved. Support was highest among Conservative supporters, with nearly 50% in favor, while 39% of New Democrats and only 32% of Liberals said they approve. In Ontario, where support was the strongest, as many as four in 10 voiced approval.

After initially remaining silent on this controversial issue, Prime Minister Stephen Harper has now waded into the debate with a carefully-crafted promise to protect minority rights.

With a provincial election likely less than one year away, Marois’ party appears to be on a solid footing with voters in Quebec. This conclusion was confirmed by the leader of the third-party Coalition Avenir Québec, François Legault, who said that his caucus would support the government’s plan, but he would limit the ban to those in occupations that involve public authority, such as judges and police. That way, it would not affect any rank-and-file government employees.

The Liberals in Quebec have already stated their opposition. While at the federal level, Justin Trudeau, the leader of the Liberal party of Canad lambasted the proposed charter of values by contrasting it with Martin Luther King's "I Have A Dream" speech. Trudeau suggested that Quebec would deprive some minorities there of their basic human rights. He later clarified that he was not implying that the Quebec government was practicing segregation. Yet he did not withdraw his earlier remarks, especially about denying human rights. 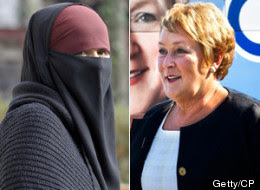 The popular support that this proposal enjoys in Quebec has encouraged Marois. With an election looming next year, this measure could well become a major issue, if the legislature either rejects it or amends it too much. Marois views the charter of values along the lines of the province’s language laws, which were divisive at first but are now considered essential to the survival of the French language.

This proposal, in my opinion, cannot be understood apart from the position of the French in Quebec, who regard themselves as a true nation that wants to protect its culture and language. Unlike the rest of Canada, which has been shaped throughout its history by immigration and is now thoroughly multicultural, Quebec still perceives itself as predominantly monocultural, and it would like to remain that way.

"Quebec is always in mortal fear for its soul," according to Lorne Bozinoff, the president of Forum Research. This fear is something most Canadians do not understand, yet it is basic to the proposed legislation. Dare I suggest that this fear makes Quebec willing to expel immigrants, or at least not attract new one, especially if they are not French-speakers? Maybe Trudeau's remarks are justified.

The new charter of values, like the language legislation, would therefore help to protect the French fact in the province. In addition, it must be noted that Quebec is much more secularized than any other Canadian province. Hence, the widespread support for this proposal in Quebec, especially among Francophones.

Some members of minority groups that would be deprived of their religious symbols have already stated that, if forced to choose between those symbols and remaining in the province, they would be prepared to leave. They would decide for their religion over their jobs. 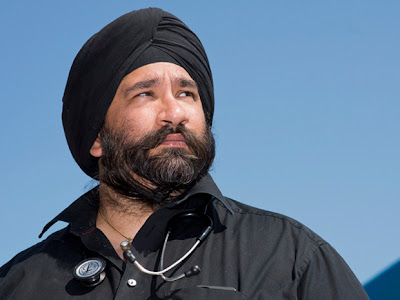 Dr. Sanjeet Singh Saluja, an emergency room physician at the McGill University Health Centre, who wears a turban as part of his Sikh faith, says that the proposed legislation would drive people from the Sikh, Jewish and Muslim communities away from the province; he himself is considering leaving.

Such reactions play right into the hands of the Marois government. Although only a few people in Quebec would say so publicly, many might respond with a loud, "Good riddance!"

In many jurisdictions in North America, the right of Muslim women to wear a hijab when they apply for a passport or drivers licence is controversial. And in many countries, people have questioned the right of Sikh men to wear a kirpan, or ceremonial knife, in public, even though that is a requirement of the Sikh faith. The men mus also wear a turban, but this has been less contoversial.

Many years ago, when I worked  briefly as a chaplain in a Toronto hospital, I was told not to wear a cross while I was on duty. I could understand the logic involved, but I thought this rule was silly. The Quebec ban goes much further. It would make it illegal for anyone to wear a cross or other religious symbol as part of their public duties.

My sympathies clearly lie with those who will suffer as a result of the ban. The proposal is bad not only for minority groups but ultimately also for everyone in Quebec who respects basic human rights and would not like their province to be portrayed as a bully. Unfortunately, that may yet happen.

Marois' fingers may yet be burned in the eyes of the world. But the premier probably doesn't care, as long as the majority of Québécois support her. The rest of the world, of course, does not vote in provincial elections in Quebec.