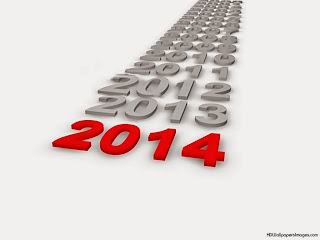 What does this new year hold in store for us? None of us knows. Every year The Economist publishes its list of predictions before the year begins. Some of them come to pass, some not at all, and some only in part. These are intelligent guesses by guest authors and the editors. For example, for 2013 they foresaw that Pope Benedict would experience difficulties but did not predict his resignation and replacement by Pope Francis.

Because prophecy is such a hazardous occupation, I will refrain from making my own predictions for 2014. I can, however, assert the prospect of certain things happening in this new year. First of all, using the words of a very wise man, say that there is "a time to be born and a time to die." I can say this without fear of contradiction, All of us experience these realities all the time. This year will be no different.

For my wife and I in 2013 two more grandchildren were born, but several relatives and friends died as well. Children will continue to be born in 2014, although we do not expect any more grandchildren any time soon. But the death of more relatives and friends is quite likely in this new year. Birth and death are unchanging realities and will remain so until Christ returns. Thus both are inevitable during this new year.

The same wise man wrote there is " a time for war and a time for peace."  The civil war in Syria shows no sign of ending. And there are many conflicts elsewhere in the world, particularly in the Congo and South Sudan. Such conflicts are unlikely to end in 2014. They too are inevitable, even though all of us support any efforts to end them.

The Israeli-Palestinian conflict will never end until the US stops pandering to the Israelis and imposes a solution. But that may never happen while the Jewish lobby in Washington is as strong as it is. Even John Kerry's latest trip to Jerusalem will likely be no more successful than the previous nine within the last year. Yet I pray for the success of his efforts. 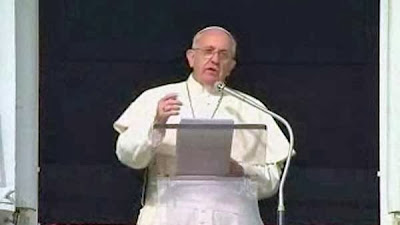 Francis is expected to appoint his first batch of cardinals in the next month or two. Also, the results from committees that were appointed to suggest reforms to both the Vatican administration and the Vatican bank are expected later this year. Thus there will be enormous changes in Roman Catholic Church, some unexpected.

Other churches will experience change too, if only numerically, in 2014. Many churches, especially mainline ones in North America and Europe, will continue to lose members, although some churches do manage to grow, a few in a very spectacular fashion. In Africa and Latin America churches are growing phenomenally. This year we can expect more of the same in those parts of the world.

These prospects are pretty safe . Birth and death, war and peace, certainly are. They are inevitable, woven as they are into the fabric of our being, as the author of Ecclesiastes well knew. The ups and downs of the Christian Church should not be surprising to us either, since that has been the story of the Church from the very beginning, growing in one place and declining in others. Other religions have experienced this as well.

I do want to stick my neck out now and make one prediction for this year. It involves religion itself. Religion will continue to become more and more important in the public arena. I have already written about the growing role of religion in my profile for this blog, so I am on safe ground. This is merely a continuation of that phenomenon.

Religion has undergone various changes in perception through the ages. What played the leading role in the life of people everywhere, and still does in some parts of the world, especially the Islamic world, became increasingly privatized in the West after the Enlightenment. This continued until quite recently. 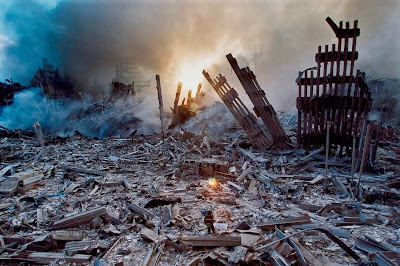 After September 11, 2001, religion, which had been a private good for a long time already, became a public bad. Islam was the perceived culprit then, but it is unfair to blame Islam for this development. Atheists and secularists were only too willing to blame religion as such for 9/11. In their analysis, they lumped all religions together and condemned religion in general for all the wars and conflicts..

Their argument goes something like this: Religion is bad  Wars are the result of religion. Get rid of religion and there will be peace in the world. This argument is blatantly false, of course. None of the premises have been proven. Atheists contend that only the scientific method is valid avenue to find truth, but they have not applied that method in this argument.

Admittedly some wars have been religious, but most were not. There are too many other factors, even in wars that have been labelled religious, to blame religion alone. That is very clear in some recent conflicts.

The Israeli-Palestinian conflict is about land and water, while religion is not the main factor. The Palestinians are not only Muslims but also include Christians. Why reduce it to a struggle between Jews and Muslims? Unfortunately, both people have historical claims to the same land, which makes division difficult. Moreover, Israelis have annexed large sections of any future Palestinian state and made such a state virtually impossible.

Similarly, the Syrian conflict is largely about the Assad family's desire to stay in power. There is a sectarian element to the conflict since Assad derives much of his support from the Alawites, who are a subgroup of Shia Islam, but it cannot be dismissed as purely religious conflict.

The conflicts in the Congo and South Sudan are not religious wars at all. War is not inherently religious, unlike what atheists and secularists claim. They are also responsible for many conflicts. The revolutions in Russia and China, especially the massacres in the time of Stalin and Mao, are often cited in support. 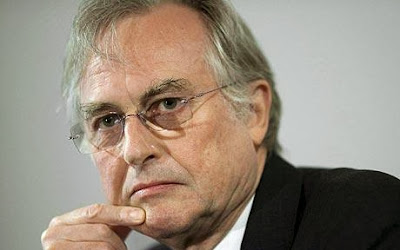 Richard Dawkins has responded by asserting that Stalin's atrocities were influenced not by atheism but by dogmatic Marxism. He explains that while Stalin and Mao happened to be atheists, they did not do their deeds in the name of atheism.  But that is a weak argument.

I could use the same argument and claim that the Crusaders happened to be Christians, but they did not do their atrocious deeds in the name of Christianity. On the contrary, I must admit that they did what they did explicitly as Christians. And as a Christian I have to acknowledge that their actions still sour relations with Muslims right up to the present day. Similarly, atheists must learn to live with their own legacy.

If I read between the lines in the many reports that come across my desk, I sense that there now is a greater openness to religion, even on the part of people who consider themselves atheists or at least secularists, than there was in the past. I cannot quote anyone. Rather, it is an intuition that I have. That may not sound very scholarly, but it is all that I can offer at the moment. If you have evidence that I can use, please let me know.

Sociologists have found that there is a positive correlation between higher levels of education and increased religious participation and practice in daily life. This also correlates with greater tolerance for atheists' public opposition to religion. This is an other indication that religion will not wither away as the Marxists believed. Thus the attitude of those who continue to praise atheism and regard religion as a dinosaur is unwarranted.


Speaking personally, I can understand the skepticism of atheists and others when it comes to religion, since I have also experienced that skepticism at times, yet I do not share their conclusions. For me and for many other people, religion is important and will remain so in 2014.

The fact many young people in their twenties and thirties today mo longer go to church is well known, but this does not mean they have rejected religion as such. Instead, they have turned their backs on organized religion. They prefer to use the word "spirituality" to describe what they are searching for. The term they use, however, does not matter to me. It is still religion. This rejection will continue this year, unless churches find new ways to attract them, as some have already done.

These are a few prospects, as I see them, for 2014. I will not dignify them by calling them predictions. Some, as I have already stated, are inevitable while others are trends that I expect will continue in this new year. Those that are inevitable still have the ability to touch us in a personal way. Their inevitability will not take the pain away nor rob us of joy. Those that continue illustrate that when things change there can be continuity as well, and with that continuity there is sometimes even progress.

I wish all of you a blessed new year. regardless of what happens in this year of the Lord, 2014. God Bless!