Films about Jesus Christ: an examination

I am beginning a two-part series on films about great religious leaders. This time I will look at Jesus Christ. Next time I will consider films about the Prophet Muhammad. This series is prompted by the appearance of two new films about these founders of the two largest religions in the world today. 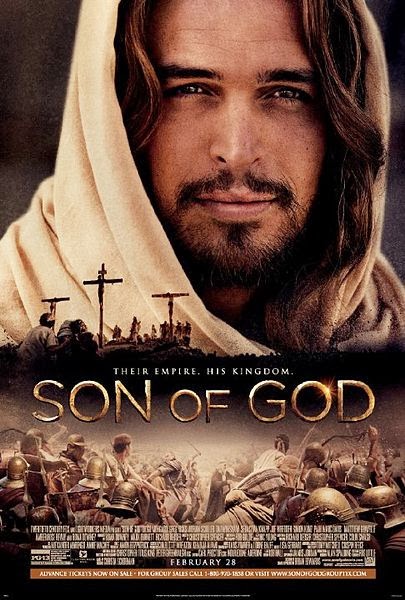 Jesus Christ is coming to theaters in February. 20th Century Fox has announced that Son of God, a film that is based on History Channel's miniseries The Bible, will open in theaters in the U.S. on February 28, 2014. This film is the latest in a very long list of movies going back more than a century dealing with Jesus Christ.

This year will also witness the premiere of Oscar-nominated Iranian filmmaker Majid Majidi’s blockbuster Prophet Muhammad. More about that film and the controversy it has already generated next time. The chief reason: many Muslims regard any portrayal of the Prophet Muhammad as blasphemy, but there are many other reasons as well.

Son of God will feature selections of the miniseries as well as deleted scenes that were not featured during the telecast. The film will feature Portuguese actor Diogo Morgado as Jesus Christ. This film will no doubt enjoy a big reception, as many other films dealing with the life of Jesus have done over the years.

The most famous and influential film about Jesus, simply called Jesus, or alternatively The Jesus Film, is a 1979 motion picture which was based primarily on the gospel of Luke. According to the home page of the Jesus Project, "Every eight seconds, somewhere in the world, another person indicates a decision to follow Christ after watching the "JESUS" film."

The same page continues: "Every eight seconds... that's 10,800 people per day, 324,000 per month and more than 3.8 million per year! That’s like the population of the entire city of Pittsburgh, PA coming to Christ every 28 ¼ days. And yet, if you are like many people, you may have never even heard of it." 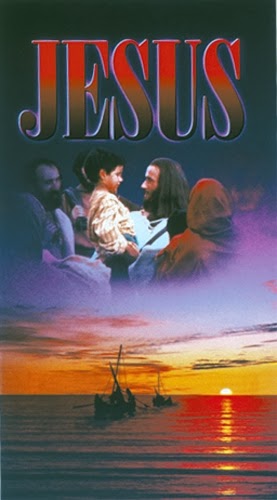 To use the figures of the Jesus project, the total number of decisions to follow Christ adds up to 133 million to date so far. Yet the Jesus project claims that over 200 million people made such a decision after viewing the film, although that claim has been questioned by some. The numbers just don't add up.

Regardless of the precise figures, one secret of the film's success is that it has been translated into more than 1,200 languages, with more languages being added all the time.

Other films have received a different reception. As part of the Bath Film Festival 2014, Wells Cathedral in England hosted a screening of Martin Scorsese’s controversial film The Last Temptation of Christ on Saturday, January 25. In spite of a storm of protest, the Cathedral decided to show the film anyway.

That film caused outrage when it was released in 1988 because of it's interpretation of Jesus' life on earth, depicting, among other things, his marriage to Mary Magdalene and raising a family with her. Popular authors like Dan Brown have used the Mary Magdalene theme as well. Today there are a few biblical scholars who share this view of Christ, even though most do not endorse it.

Nevertheless, there are many in England, and indeed elsewhere, who regard this depiction of Christ as scandalous, if not blasphemous, and protested this screening in the Cathedral. In 1988 many people already protested this film for this reason. These protests have continued.

The film is not based on any of the gospels. In fact, it totally distorts the biblical story: Jesus does not die on the cross, but is rescued by an angel, who is later revealed to be Satan. Jesus is told he is the Son of God, but not the Messiah. He marries Mary Magdalene and, after she dies prematurely, he marries Mary and Martha, the sisters of Lazarus, and has many children with them.

As an old man, Jesus finally does die on the cross. He overcomes the "last temptation" of having escaped death and getting married. Only when he hangs on the cross a final time does he cry out, "It is accomplished."

The film, which stars Willem Dafoe as Jesus and was directed by Martin Scorsese, received some critical support, but many evangelical Christians were outraged by it. To this day it is still banned in some countries.

I happened to attend the same college and at the same time as Paul Schrader who did the screenwriting not only for this film but for many others including Taxi Driver and American Gigolo.

Schrader turned his back on his Christian faith in The Last Temptation of Christ. He distorted the biblical story so much that any semblance of gospel or good news is gone. Thus it not surprising that for many years Christians, including some very recently in England, have condemned this film as blasphemous.

Blasphemy has been defined as the act or offense of speaking sacrilegiously about God or sacred things. The Last Temptation of Christ clearly falls into that category for some Christians.

Christians typically have no problem with seeing Jesus Christ portrayed in a film. The Jesus Film is a case in point. But The Last Temptation of Christ goes too far for some believers, and perhaps even for a majority. 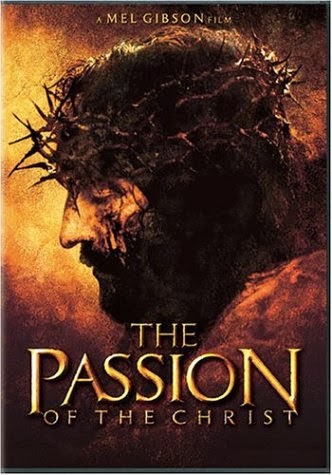 Even when some dubious non-biblical material is introduced into a film, as happened in The Passion of the Christ, many Christians can accept the story and even enjoy it.

This film is controversial also because of its extreme violence, yet it was a commercial success. It has become the highest grossing non-English language film of all time. Mel Gibson, who directed the film, used vernacular languages -- Latin, Aramaic and Hebrew, with added subtitles -- in order to surprise the viewers. He wrote the English script, which was then translated.

Muslims regard any portrayal of the Prophet Muhammad as blasphemous (as I will explain further next time), but a portrayal of Christ is not the issue for most Christians, nor even a slight distortion of the biblical story. It is rather the gross distortion typified by The Last Temptation of Christ that creates major problems.

I expect a positive and even enthusiastic reception for Son of God. This will contrast sharply with that which Prophet Muhammad can expect later this year, if it is finally allowed to appear. 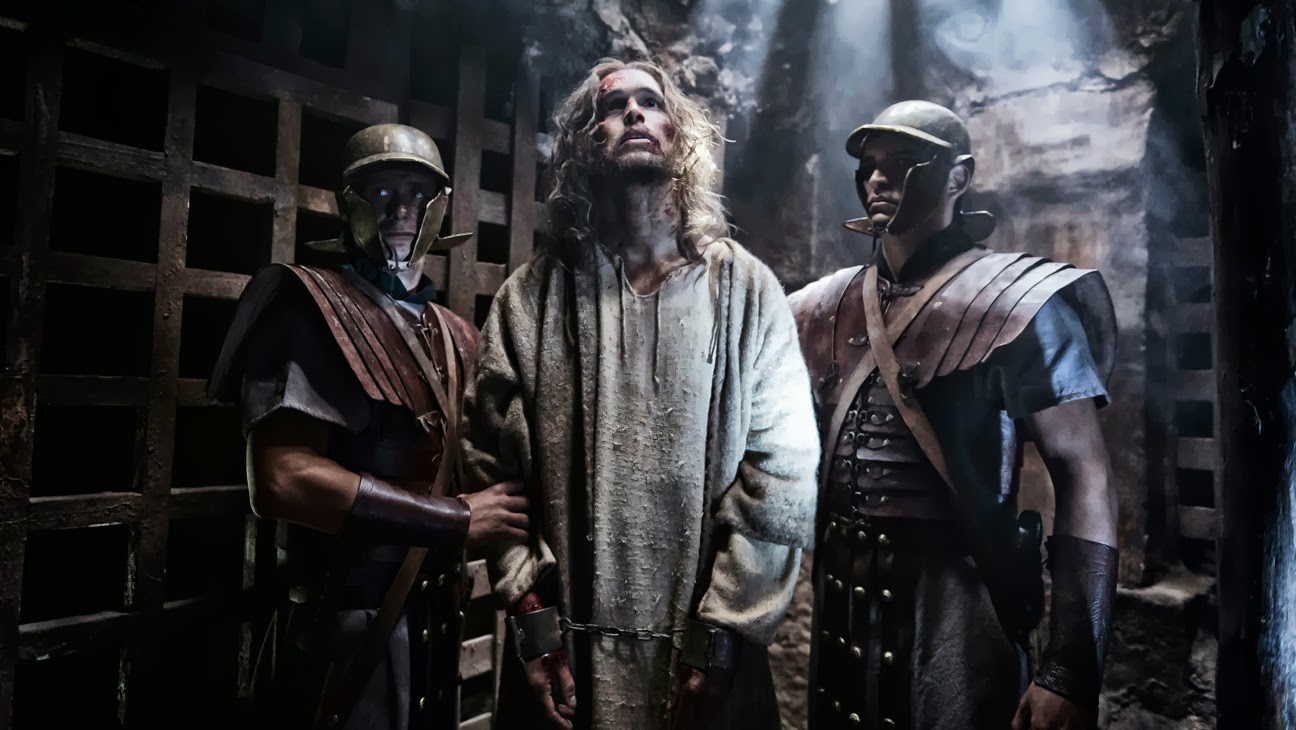 Politics played a role in the production of the latter film. That also contributes to the controversy surrounding it. This is not the case with the former one. But that is understandable, since politics and religion are generally not as intertwined in Christianity as in Islam, especially when it comes to films since the portrayal of Christ is not the primary issue.

I am writing this post about films which portray Jesus Christ in order to contrast the Christian view with the Islamic view. But there is no criticism implied about the validity of either one. Next time I will examine further the controversy surrounding Prophet Muhammad.

Watch the trailer for Son of God and see for yourself whether you may enjoy it. I admit that I have never much enjoyed watching portrayals of Christ, or any other biblical figure for that matter, on the screen. That is a matter of personal taste, yet it has not kept me from this brief examination.

Especially if you are not a Christian, I hope my comments are helpful in understanding the Christian view of how Jesus Christ has been portrayed in films and what problems that creates at times for Christians.