Hope for the world

This short essay on hope was prompted by someone questioning whether there is any hope in the world after my previous post had discussed the end of democracy. There is hope, and everyone needs it. 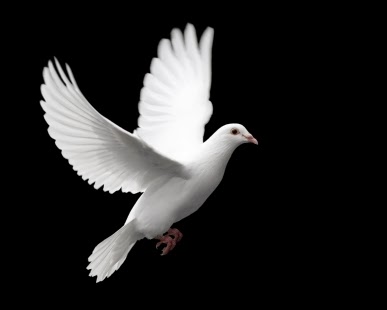 Is there any hope for the world? It would seem not after the daily litany of problems in the media about the many trouble spots in the world. Nigeria and Ukraine are currently topping the news, while Syria has been pushed to the sidelines with the Assad regime regaining control of Homs. There are many other stories that make the headlines too. Some are local, while others have a wider national or even international scope.

As I wrote last time, democracy is under major threat today. No wonder that everything looks hopeless to many people. After publishing that post, someone asked me what he should tell his children about the demise of democracy. Is there any hope in the world?, he asked. I assured him that there is hope. Of course, this is something he already knew, since he is a believer in Christ, yet we all need that reassurance once in a while.

I can also assure you that you and I must never lose hope. The visible reality we see everyday is not what it seems to be. On the contrary, appearances are deceptive. Thus we should seek to dispel those feelings of hopelessness that are all too common, especially if we ingest too much of what is passes for "news" in our day and age.

Hope is hard to define; there is no universal agreement on what hope is and where it can be found. Human beings need hope in order to survive, however. Even without complete agreement, everyone appreciates the necessity of hope. Without hope, we will perish. We need hope as much as we need food or air, or even love, which is described as the greatest of the triad of faith , hope and love (1 Cor. 13:13). 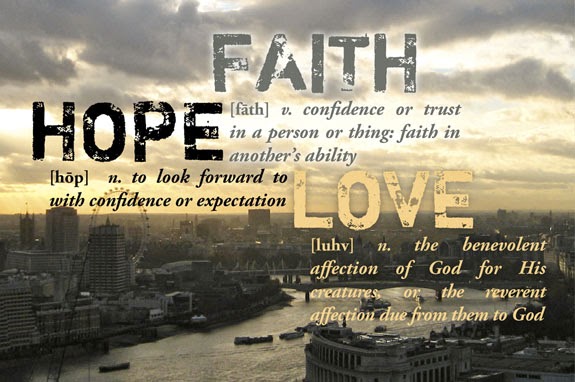 Thus we can continue to hope even in the face of adversity. Alexander Pope realized this when he penned,


Hope springs eternal in the human breast; Man never is, but always to be blessed. The soul, uneasy and confined from home, Rests and expatiates in a life to come.

That is the way this saying is often understood: even when everything appears hopeless, people will continue to hope. Some people continue buying lottery tickets; others expect their reward will come in the afterlife.

The hope I am talking about goes beyond that, however. It is based on reality, but a reality that transcends the world that we see. It does not take refuge in a vague expectation of a life to come, as Pope seems to suggest, but it is concrete and reliable because the God who in whom that hope rests is faithful and can always be counted on. He keeps his promises even when we neglect to do so, as is too often the case.

It is worthwhile to examine what Greek mythology teaches about hope. In the Pandora myth, when she had opened the jar (but not a box, as modern interpretations have it) releasing every kind of evil, hope remained behind in the bottom of the jar. This was an early version of theodicy -- the attempt to explain the existence of evil in the world.

In the Greek myth hope is retained in the jar in order either to comfort humanity or to purposely keep it from them as a punishment. Is hope a blessing or a curse? Modern scholarship cannot agree on which one.

For me, and indeed for most believers in God, hope is a blessing that does not need to wait until the end time to be revealed. This blessing is seen as a manifestation of God's faithfulness. His promises can always be counted on, unlike human promises which too often cannot be kept.

God sometimes reveals the end of a story in the scriptures in order to look to him for hope. But today we have no such revelations. 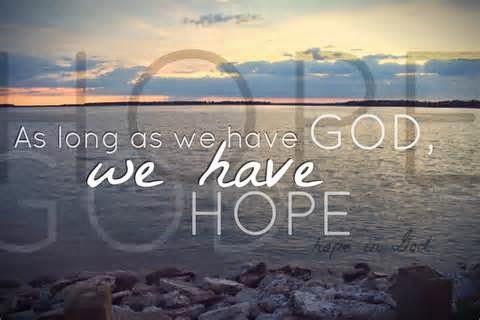 No one knows how the story of the kidnapped girls in Nigeria will end. There are now several international efforts under way to rescue these girls, yet there is no guarantee that these efforts will succeed. Should the parents and all those who are praying for their safe release, therefore, lose hope? Hardly.

Nor should we be dismayed by what is currently happening in Ukraine, Syria, and other trouble spots in the world. We can pray for a peaceful resolution of these crises, but our hope is not dependent on knowing they will end. We have to learn to leave everyone of these events in God's hands.

I am not preaching passivity, but rather the realization that ultimately God is in control, although he can and does use us to achieve his purposes.

Hope is not based merely on such knowledge, but it is rooted in the God who controls all of history, who has always been faithful and reliable in the past, continues to be such today and will also manifest himself that way in the future. He is the one we can always trust. Thus he is the basis of hope, even when people fail to acknowledge or even recognize him. 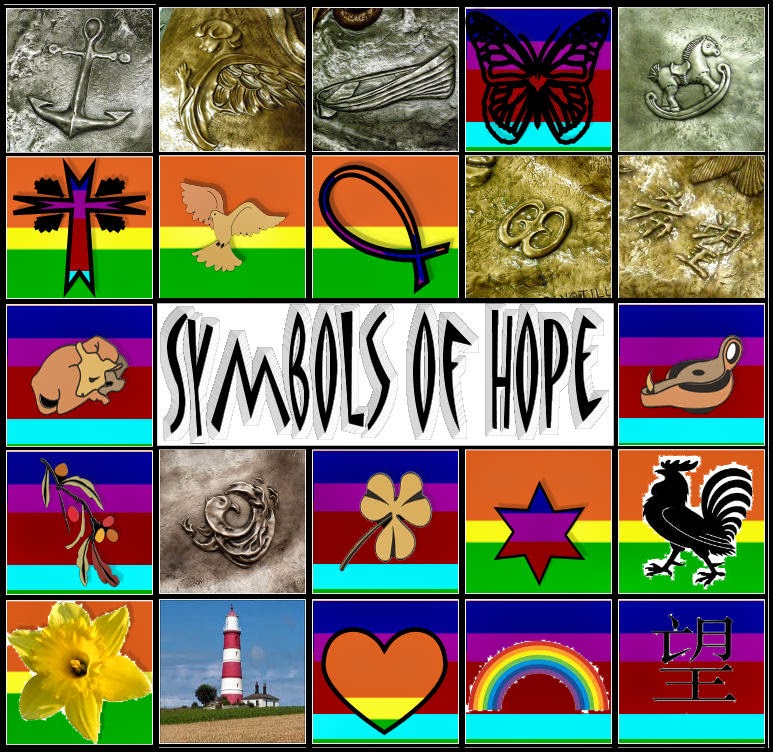 Beyond the stories that our media serves up every day there is a meta-narrative, a grand narrative in other words, that many today who are mesmerized by postmodernism deny. While there is much we can learn from postmodernism, there are some things that it does not get right. One of these is the meta-narratives that are found, among other places, in the scriptures of various religions.

These scriptures, of which the Bible is only one example, reveal God as source of hope for us and, indeed, the whole world. Even those who may not believe in God may yet be discover hope and be given it by others who want to share the basis of their hope.

The psalmist knew where hope could be found. His hope was in God:


We wait in hope for the LORD; he is our help and our shield. In him our hearts rejoice, for we trust in his holy name. May your unfailing love rest upon us, O LORD, even as we put our hope in you. (Psalm 33:20-22)

Thus there is hope for the world, a hope that is based in God. This hope can give us courage when the world seems to self-destruct around us. Thus no matter what happens we k now that the world is in God's hands and thus we do not have to despair about the "news" that is dished out for us every day. 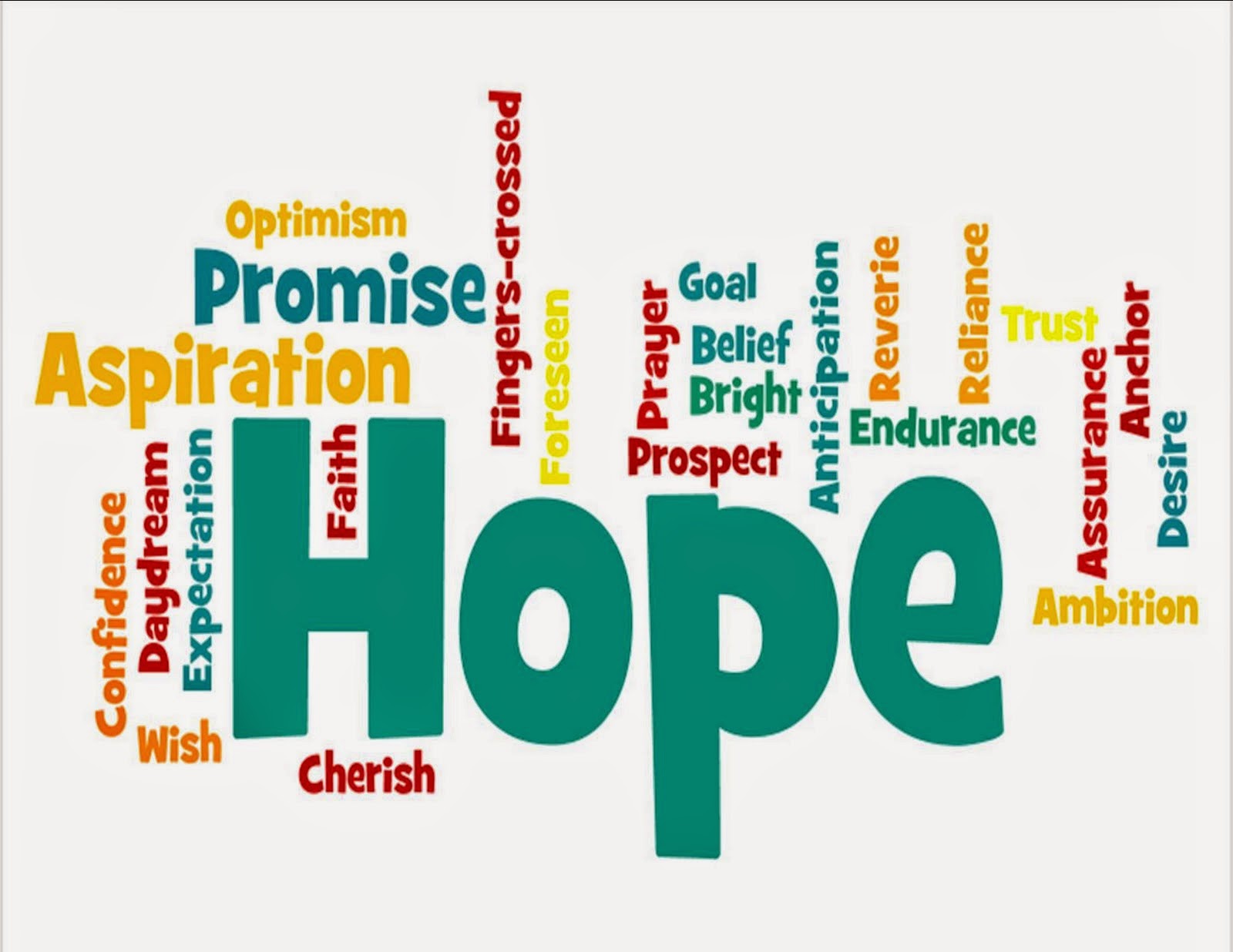 Nor must we be excessively worried about possible threats to democracy. These threats will always be present and need to be countered, but we can assure ourselves that those who are intent on destroying democracy will not prevail. Democracy will survive in many countries.

There is hope for the world. Trust in God and then we no longer need to despair about what is happening in our world. I purposely refrained from making this post too overtly Christian by saying that "Christ is the hope of the world."

While I personally believe that Christ is the hope of the world, many followers of other faiths would not agree with me. However, Christians do not have an exclusive right to hope. Everyone can have hope, even those who claim not to have any religion.

Everyone needs hope. Some people, myself included, have hope because of our trust in God. Others still have hope, although the basis of their hope is not a transcendent God but rather something imminent in the world. Regardless, the need for hope remains. How else can one live in the world today without hope?