How can the world help Nigeria? 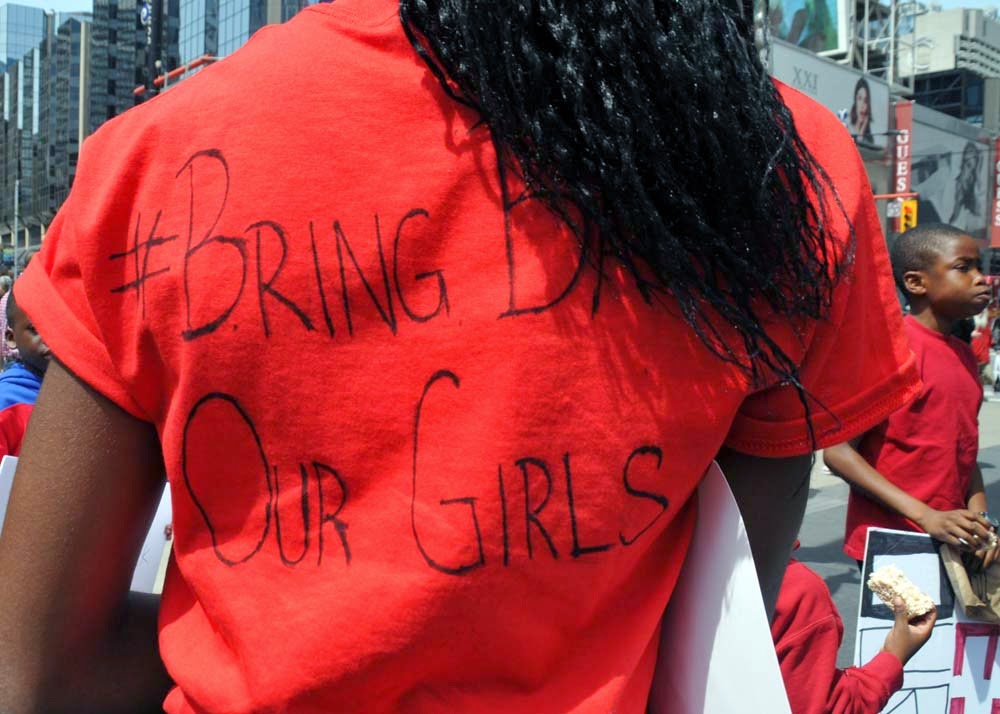 #BringBackOurGirls is one of the well known hashtags of all time. All because of the recent kidnapping of more than 200 schoolgirls Nigeria is now making the front pages every day.  Their abduction has struck a chord with many people all over the world.

Not only Nigerians are campaigning for their release but people everywhere are marching and using social media in order to bring these girls home safely.  They have become "our girls" for people in many countries. The above picture was taken at a rally in Toronto supporting their release.

Michele Obama and Malala Yousafzai are only two of the many famous people who have lent their names to this campaign. Ordinary people too are displaying this hashtag.

As I am writing this, the girls have still not been released, but the latest video shows some of the girls all wearing the habib and reciting the the opening surah of thr Qur'an. In the same video, the leader of Boko Haram, Abubakar Shekau, demands the release of Boko Haram members held by the government in exchange for many of the girls, but he threatens the girls who had not converted to Islam with slavery. He had earlier indicated that he would sell all the girls for only $12 each as wives for Boko Haram militants.

Boko Haram was founded in 2002. It seeks to establish an Islamic state ruled by sharia and to put an end to Westernization. The name in Hausa is often translated as "western education is sinful." In 2010 Boko Haram turned to violence in response to a government crackdown on its members. Since then it is responsible for more than 3,600 deaths, largely in northeastern Nigeria but also in the capital, Abuja. 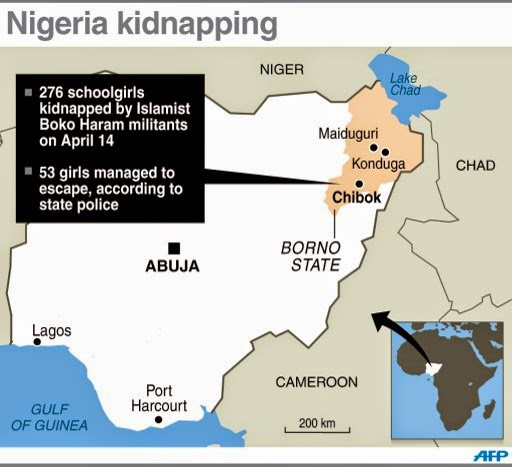 The recent abduction of these schoolgirls by Boko Haram was prompted not by any concern that the girls should leave school and get married. That had happened a few months earlier when 29 boys were killed and the girls were told to go home, forget about school, and get married.

It is clear now that Boko Haram had intended all along to use these girls as bargaining chips in order to win the release of fellow militants from Nigerian jails. This was a new tactic for them.

Boko Haram is a terrorist organization like many others in the world today. Unfortunately, terrorism is very difficult to deal with, as the Nigerian government has discovered. Nigerian troops are spread thin all over the country and they are poorly supplied.

Thus the offers from several countries to help rescue these schoolgirls have been welcomed by the Nigerian government, although for the first few days after the kidnapping that help was refused. This help is primarily in the form of surveillance and search equipment.

The US is providing surveillance planes and satellite information. Canada is sending Special Forces and logistic supplies to aid in the search for the girls. In spite of all the high-tech equipment and the thousands of Nigerian troops, so far the girls have not been found. The parents are understandably distraught. 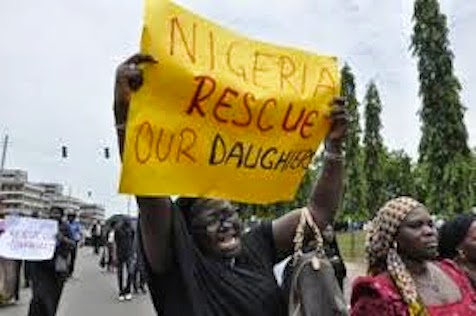 How long will this assistance last? The media are notoriously fickle. This week or even this month the focus is on Nigeria, but next week another problem will probably grab the headlines.

Because of the abduction of these girls, social media have motivated the world to pay attention to the the problem of Boko Haram, but soon world attention will be drawn elsewhere. But the problem of terrorism will remain even when the girls have been released.

Nigeria was unable to cope with Boko Haram even before the girls were kidnapped. Reports are that only 17 troops and police were stationed in Chibok in Borno State when Boko Haram arrived. Outnumbered and outgunned, they were powerless the prevent the abduction, although hours earlier there had been warnings of an attack on the school, according to reports from Amnesty International.

Many troops were needed in Abuja in the days leading up to the World Economic Forum on Africa that would be held in early May. After the Forum troops were belatedly sent to northern Nigeria.

Nigeria is the most populous country in Africa, with a population of 170 million. After recent re-calibration, it now appears to have the largest economy on that continent. It is wealthy, but much of the income from oil has been pocketed largely by politicians and the very rich and very little has trickled down to ordinary people. This is especially true in northeastern Nigeria, which is predominantly Muslim, although Chibok is Christian. 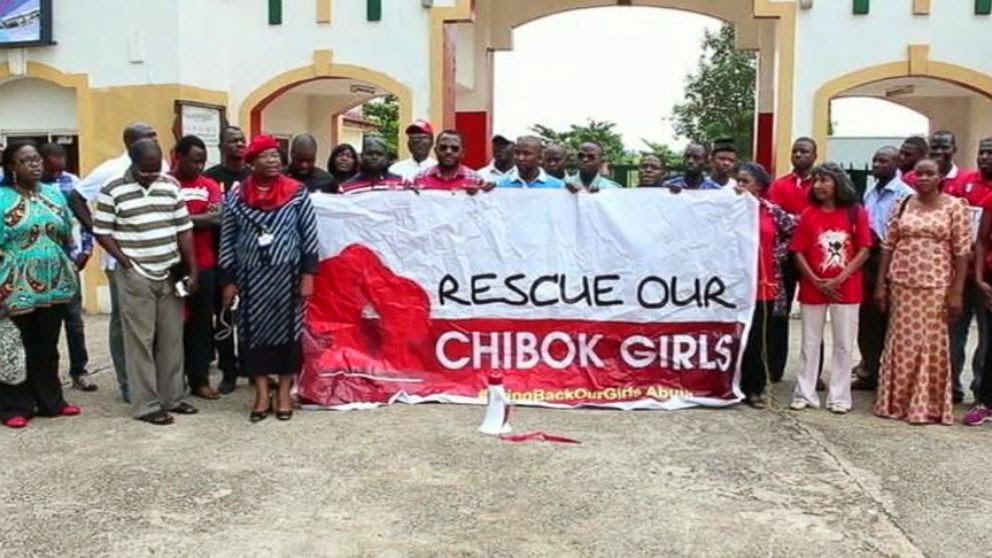 Education has been neglected in the northern part of Nigeria. People in the southern parts are often better educated, but poverty is extensive everywhere in the country. Very few benefit from the wealth that oil has brought. This is largely due to corruption.

Corruption is the main problem in Nigeria. It is one of the reasons that Boko Haram arose. Until corruption is dealt with, Boko Haram will continue to thrive. Military force alone will not be able to eliminate terrorists.

The foreign aid that is being offered will probably disappear after the girls are released. Then the Nigerian government will be forced to deal with Boko Haram alone. Unfortunately, it has already demonstrated that it is incapable of doing so by itself.

What is needed is long-term help both with terrorism and the central problem of corruption. Corruption is hard to eradicate because it has achieved structural forms in Nigerian society. Thus it requires more than a change of heart on the part of those who are involved.

The outside world must put pressure on the government to clean up its act. Unfortunately, corruption is endemic in Nigeria at all levels and in all institutions, including the churches. Yet with sufficient pressure, Nigerians can be shamed into dealing with this problem more effectively. 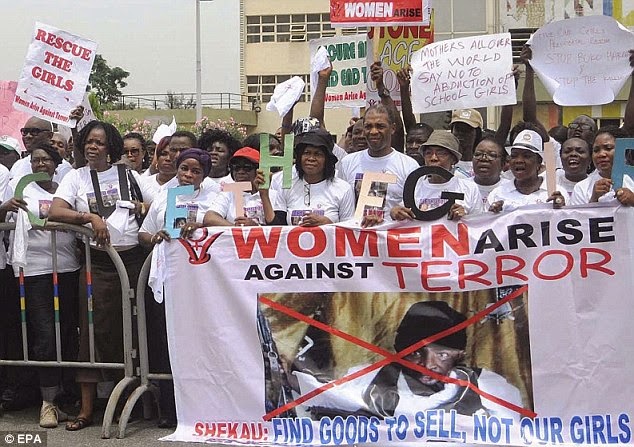 Nigeria can one day become an example for all of Africa. The world must not leave Nigeria until the problem of corruption is properly dealt with.

More than military help is therefore needed. The attention of the world must remain focused on that troubled country for a long time; otherwise, Boko Haram will continue to use violence in order to impose its solution.

The Islamic world must become involved in order to root out Boko Haram. They must inform everyone that Boko Haram does not properly represent Islam. They must refute what these terrorists have done.

For example, the girls were forceably converted to Islam, which is contrary to the Qur'an which teaches: "There is no compulsion in religion" (Al-Baqara 256). But Boko Haram has their own interpretation of the Qur'an.

The use of violence is also contrary to Islam, which is the religion of peace, as the name indicates. Some people may find this difficult to fathom, since Islamism has hijacked the Islamic faith.

For more on Islamism as the politicization -- and thus a corruption -- of Islam, see my earlier posting. 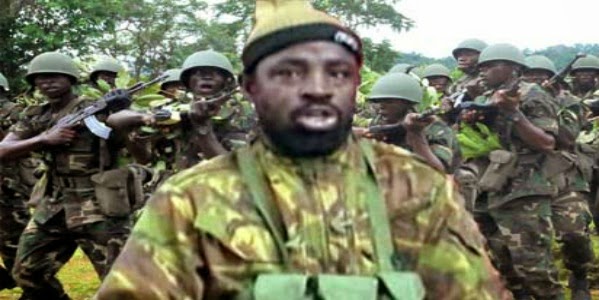 Muslims must lead the struggle against Islamists all over the world. Muslims must act for several reasons, some of which have already been alluded to:
The world must not desert Nigeria after the girls are released. Social media have put Nigeria on the front pages and now the world must remain focused on its many problems, of which corruption is the main one. Only with the involvement of the outside world can corruption be fought with effectively.

The involvement of the Muslim world will be needed to fight Boko Haram, but corruption as the underlying cause of the warfare that Boko Haram engages in must eliminated, or at least reduced.

Let us pray that the girls will be released soon. Pray too that the world may continue its involvement so that Boko Haram can be defeated and, and perhaps of equal importance, the enormous wealth of Nigeria can be divided more equitably.