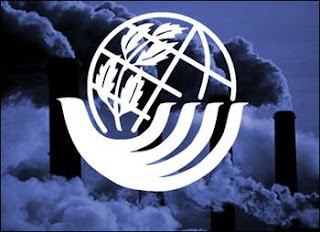 It is generally agreed that the recent UN conference called Rio+20 on sustainable development, held in Rio de Janeiro, was a disappointment, but this was already expected by many observers for whom it was over even before it began.

The final declaration confirms this expectation. In the 50 or so page communiqué, entitled "The Future We Want," world leaders largely repeated previous climate pledges, rather than pressing forward to deal with the urgent needs of a world threatened by environmental disaster.

The summit document is an inadequate response to the risks posed by global warming. While it does name fighting poverty as one of the most important goals for the future and contains a commitment to an economy that takes a more sustainable approach to the world's resources, no clear targets or a timetable are included.

Without such targets and dates, it is just words on paper. The lives of future generations will be affected if we fail to act now on climate change. This communiqué does not set out a path towards the future that the world so urgently needs. We can and must do more. Governments today seem unwilling and unable to do more.

Global warming is at its root a spiritual problem. As long as governments look at the problem in largely economic terms, it will never be solved. For one thing, the pressure of powerful lobbies funded by major corporations are too powerful to resist. In addition, governments are motivated by political considerations, especially when elections are looming. Moreover, many governments have a strong ideological bias.

The mantra of debt reduction is frequently invoked by governments to justify the rejection of environmental measures that might cost substantial amounts and, it is claimed, hurt the economy. Whole industries insist that the economy would be devastated if these measures were implemented. Thus many governments only paid lip service to the environmental concerns that were raised at the Rio conference.

In the past governments might have signed on to many environmental measure, but now no more. Canada, to my shame, was in the forefront of the attempts to make the communiqué meaningless.

Rio 2012 confirms my opinion that we can no longer expect governments to act in good faith when it comes to fighting global warming. They are unwilling to act because of the economic and political cost involved. 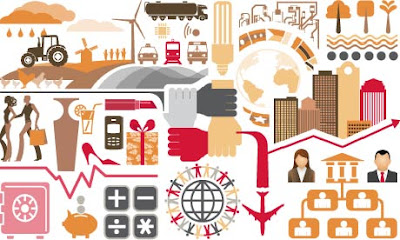 The alternative to governmental actions is for local communities to take the initiative. There are many such communities. Too many, in fact, to enumerate. What they have going for them is a degree of independence from the economic and political forces that shape governments.

In contrast to the "top-down" actions of governments, this initiative is from the "bottom-up." The former has the weight of authority but is also heavy with bureaucracy, while the latter is close to those who will be most immediately affected by global warming.

Governments can legislate actions, but the actual implementation is the job of communities and individuals. Without their concurrence, nothing will happen. With their active participation, global warming can be fought effectively, as long as it is not yet too late so that the "turning point" has arrived.

Communities can help to direct and channel these efforts to slow down the rate of global warming. People need encouragement, so that they know that their efforts are not in vain. But first they need direction so that they will know what to do. 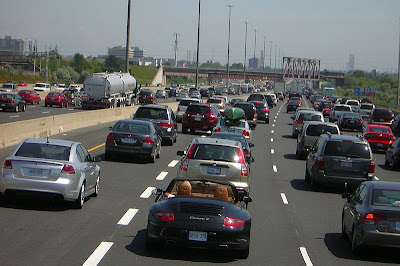 I just came back from a long trip by road through parts of the US and Canada. Several times, while travelling through urban centers, I was stuck in traffic that moved at a snail pace. Such gridlock makes me happy that I do not have to commute to work every day the way many people who live in or near such centers have to.

As I have mentioned in an earlier post, I live near a subway station, thus I do not own a car. I rent one if I need to travel outside the city. But many people choose to live outside the city and are forced to drive long distances, often facing gridlock, on a daily basis.

Some city councilors in Toronto are now proposing a much needed major extension of the transit system. This proposal will require the approval of the population, which means an increase in property taxes for four years, or a similar measure, in order to fund it.

Such local initiatives are urgently needed, since governments insist that the necessary funds are unavailable. The mayor of Toronto, who was elected on a pro-car platform, refuses to accept any transit proposals that require increased taxes. He claims that he can raise these funds privately, but so far he has not succeeded.

Faith communities ought to be in the forefront in the fight against global warming. They are the ones who can speak openly about stewardship, the care of creation. They recognize the spiritual nature of the struggle and are prepared to do what they can to slow down global warming. 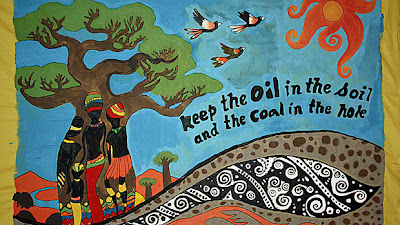 My own denomination just accepted a lengthy but excellent report on climate change, in spite of the refusal of some synodical delegates to acknowledge the human contribution to global warming. Synod encouraged local churches and individuals to do what they can to care for creation.

I applaud this initiative. While it may not accomplish much on the global scale, it is a step in the right direction and an encouragement to those who have been fighting global warming for a long time already.

I expect governments to do very little from now on when it comes to global warming. The difficulties of reaching ambitious deals between so many countries have become more apparent in the last decade, especially after the 2008 global economic collapse and the more recent debt crisis in Europe.

Some of the worlds biggest companies were also represented at Rio+20. Even though they made several promising announcements, I do not expect much progress here either.

Local initiatives are thus the only viable avenue that is left for the foreseeable future. Remember, global warming is real. Let all of us try to do what we can to fight it. Can I count on you to do your part? 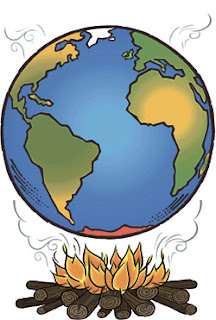