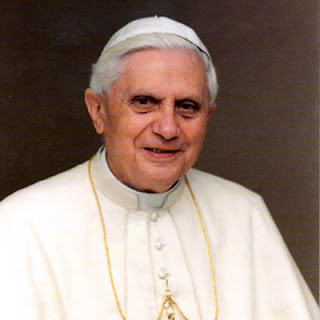 Pope Benedict XVI shocked the entire world. on February 11 This quiet intellectual did something that no pope has done in almost six hundred years: he announced his retirement. There are suspicions that he planned to do so for more than a year.

This shock does not mean that a pope cannot retire. The 1983 Code of Canon Law states that this is possible, but it does attach several conditions, "If it should happen that the Roman Pontiff resigns his office, it is required for validity that he makes the resignation freely and that it be duly manifested, but not that it be accepted by anyone" (Canon 332, No. 2).

When a pope is elected as the Successor of St. Peter, the Roman Catholic Church normally expects that he will remain in office until his death -- die with his slippers on, as it were -- but there have been exceptions to this rule, as a quick perusal of church history reveals.

I will leave aside a few disputed instances of papal resignation in the long, convoluted history of the church and briefly list those who resigned. I will also mention very briefly those who were deposed. 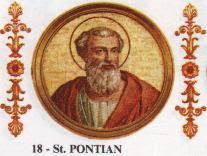 The first pope to resign was Pope St. Pontian, who was elected as the Successor of St. Peter on July 21, 230. The Emperor Maximinus Thrax had him exiled. He resigned in September 235 and died a martyr in 236/237.

Pope St. Silverius, who was consecrated pope on June 1, 536, was the first pope to be forcibly deposed in March 537 by the Byzantine Empress Theodora.

Pope Benedict IX holds the honor of holding the papacy three separate times. He resigned twice, and was deposed in December 1046. But he did not accept this deposition; he later resigned officially, which marks the end of what was technically a triple pontificate.

Pope St. Celestine V was elected pope at the advanced age of 84. He was weak and incompetent and was forced to resign after only a little more than five months in office in December 1294. Dante assigned him to Hell in the Divine Comedy because of his resignation. No other pope since then has chosen that name.

Pope Gregory XII was the last pope in the medieval period to resign. In order to heal the Great Western Schism, the Council of Constance in July 1415 urged the resignation of Gregory XII and forced the other two claimants to the papal throne either to resign (Benedict XIII) or be deposed (John XXIII). 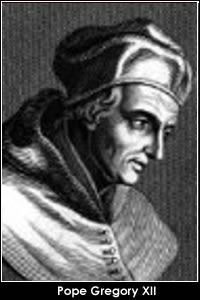 Thus Gregory XII was the last pope to resign until Benedict XVI dropped the bombshell of his abdication.

The 85-year-old pope announced his decision in Latin during a meeting of cardinals. He emphasized that carrying out the duties of being pope requires "both strength of mind and body."

He cited health concerns as his reason for resigning, "After having repeatedly examined my conscience before God, I have come to the certainty that my strengths due to an advanced age are no longer suited to an adequate exercise of the Petrine ministry."

His health has visibly deteriorated since he became pope in 2005 at the age of 78. Recently he received a replacement for a pacemaker that was installed some years ago when he was in better health.

But his resignation was also prompted by strategic considerations. Benedict has a deeply-rooted vision of where the Roman Catholic Church should move in the years that lie ahead. He realizes, however, that a younger man would be better able to carryout that vision.

Benedict's explanation that he was resigning "for the good of the church" can be interpreted in many ways. If it is simply his health that motivated him, then I applaud his resignation. By doing this he has moved the church into the 21st century. It is a bold step that may set a precedent. 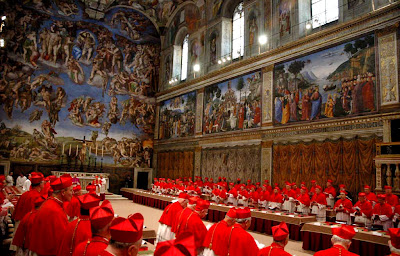 The political intrigue that motivated resignations during the medieval period is now a thing of the past. Today health has become an important issue everywhere. In the corporate world, when a CEO becomes too old or suffers from ill-health, then he or she often retires, whether voluntarily or not. Benedict has chosen voluntary retirement as the Canon Law stipulates.

On the other hand, if he is concerned especially for saving his vision of the Catholic Church, then those who are looking for renewal in the church may be disappointed. Benedict's implementation of Vatican II is very different from what many progressive Catholics still hope for.

These hopes may be dashed for another generation if a young, but very conservative, cardinal is elected to the papal throne. Then, again. anything can happen.can happen in a conclave.

When John XXIII, the recent and not the medieval one, was chosen the cardinals expected that because of his advanced age he would be only an interim pope, yet he boldly called the Second Vatican Council, which opened doors that have reshaped the face of Catholicism.

Benedict is a good theologian, with perhaps one of the finest minds in many centuries, yet he has disappointed many people, both Catholics and non-Catholics, by not dealing more openly and forthrightly with the issue of sexual abuse.

But we may have expected too much from this retiring man who nevertheless has left his mark on the church in eight short years, and may continue to do so for another generation though his successor.

Benedict has already promised not to interfere in papal affairs in the future. He plans to retire to a monastery located within in the walls of the Vatican. But his vision may continue to live on. 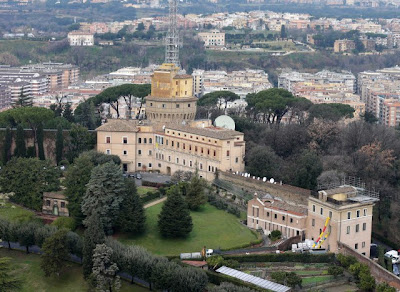 The Mater Ecclesiae Monastery where Benedict will live

The pope is honored as a great spiritual leader, but he is often dismissed because the church is not meeting the needs of women and other groups that cannot find their place in this still very large denomination -- one that represents more than a billion Christians.

The hope of further renewal in the Catholic Church is still possible in the next conclave that will select a successor to Benedict XVI.

But if Benedict gets his way, and the large majority of cardinals whom he appointed and who are eligible to vote, agree with him and elect a conservative pope similar to Benedict, then the future for the church does not look very bright for those who are seeking major renewal.

Many Catholics will no doubt disagree with me. I am an outsider who has a great respect for the Catholic Church, but I sense that it must change substantially in the 21st century or it will come under further attack.

What young people, women and many other groups are looking for today is a church that meets their needs. The Catholic Church too has many needs. However, it needs more than a new pope who can tweet. It needs a man with a vision for the future, not someone who looks largely to a glorious and storied past.

Next month the entire world will get the answer.