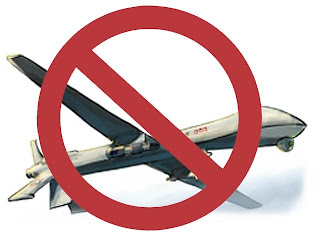 
The White House said on Tuesday that US drone strikes on potential terrorist targets were "legal," "ethical" and "wise" and would continue. White House Press Secretary Jay Carney added that "the US government takes great care in deciding to pursue an Al Qaeda terrorist, to ensure precision and to avoid loss of innocent life."

Carney's comments came the day after a Department of Justice memo leaked the conditions under which drone strikes targeted at American citizens abroad would be viewed as legal. 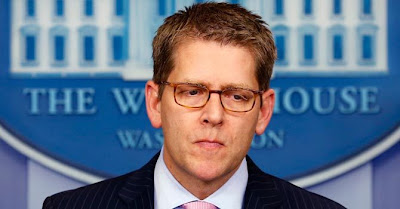 The memo explains the conditions under which the government can order the killing of American citizens abroad: "If an informed, high-level official" determines that an individual is "a senior, operational leader of Al Qaeda or an associated force" and "poses an imminent threat of violent attack against the United States" and that the individual cannot be captured, then killing him or her would not violate the Constitution.

As if to make such a killing more palatable, the memo adds that the strike should be conducted "in a manner consistent with applicable law-of-war principles."


The 16-page document thus provides a legal framework for killing a terrorist overseas, without violating due process, even if that person is an American citizen. 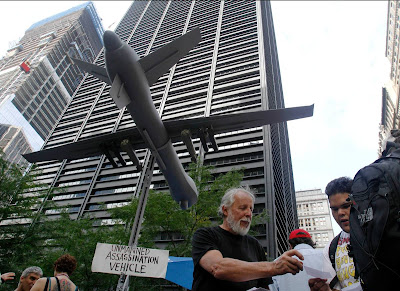 I have already expressed some of my concerns about US drone policies in two earlier postings: "The (im)morality of war" and  "Obama's secret 'kill list." Today I want to go further in my critique of drones.

The white paper suggests that such decisions would not be subject to judicial review and outlines a broad definition of what constitutes "imminent" threat. Constitutional experts, however, responded that this definition does not hold up to scrutiny.

Critics of the administration immediately asserted that the memo is further evidence that the president has abandoned his 2008 campaign pledge to recognize and respect the limits of executive power.

On Monday eleven senators had already signed a letter formally requesting the administration to provide its legal justification for drone strikes to Congress. Apparently, this is the twelfth time that Congress has made such a demand. 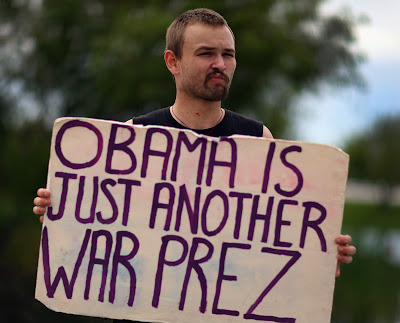 Congress and the public, the senators claim, need to know whether the president has the necessary authority and whether that authority has been properly defined and how it is has been limited.

Even some Democratic members of Congress have asked for reconsideration of the use of drones by the US to kill not just American citizens but the citizens of other countries as well.

The drone debate puts President Obama in the awkward position of carrying out lethal attacks in secret and bucking his political allies in the Democratic Party. Yet the use of drones did not seem to have any political cost to Obama in his re-election campaign. 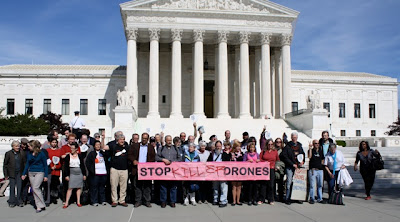 Drone use is expected to expand widely around the world. Other countries already have that capability. How will they use their drones? Whom will they try to kill? Americans?

This helps to explain the growing calls for the US to clarify its own internal rules for the appropriate use of drones. Drones are a dangerous technology, whose use has not been thought out as thoroughly as it should be.

The apparent tactical success of drones -- their ability to kill suspected terrorists without significant risk to American forces -- does not answer important questions about the strategic benefits of the program, or the broader strategic thinking behind it, as a new report recently released by the American Security Project explains. 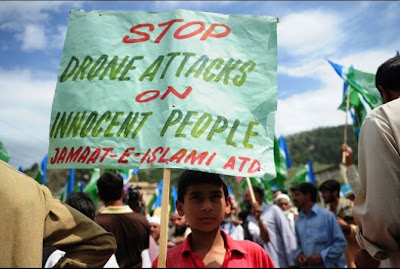 My objection to the use of drones relates not just to their tactical use but especially to their strategic purpose.  Does the goal of defeating and destroying al Qaeda justify the use of drones? Does the killing of a supposed terrorist -- even an American one at that -- bring that objective much closer?

The price of success has been very steep. Every time non-combatant civilians are killed by a drone, which is dismissed euphemistically as collateral damage, potentially many new recruits are created for al Qaeda.

The use of drones has fostered anti-American feelings in many countries and driven an enormous wedge between the US and several countries.

The use of drones as part of the war on terror, a phrase that Obama has rejected, but which still lives in the minds of many people all over the world, has confirmed many Muslims in their conviction that this war is directed against them and their religion. 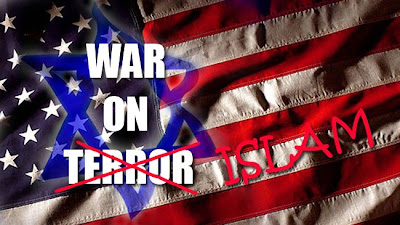 Both the White House and the critics of the administration miss the crucial point when they focus largely on the issue of the legality of the killing of Americans through the use of drones. They tend to ignore the strategic considerations that should be paramount.

I can understand why the administration wants to defend the tactical use of drones, since it seems to be very effective in fighting terrorism while protecting American lives. But it is the strategic objectives that they have lost sight of.

They must ask themselves several questions: Why are we doing this from a global perspective? What do we hope to gain when al Qaeda is gone? Have we made the world a safer place for everyone and not just for ourselves? Have we made enemies through the use of drones? And have we perhaps fostered so much anti-Americanism through their use that the US will become the target of such attacks in the future?

These are only a few questions that should be asked. There are many more. I pray that all these questions are considered carefully. Please pray with me. Remember what Jesus said about those who use the sword.

PS. A day after I wrote this post, the Department of Justice released the classified memos that members of Congress have asked for for a long time, just ahead of the confirmation hearing for John Brennan, Obama's nominee as CIA director.