MH17 and the insanity of war 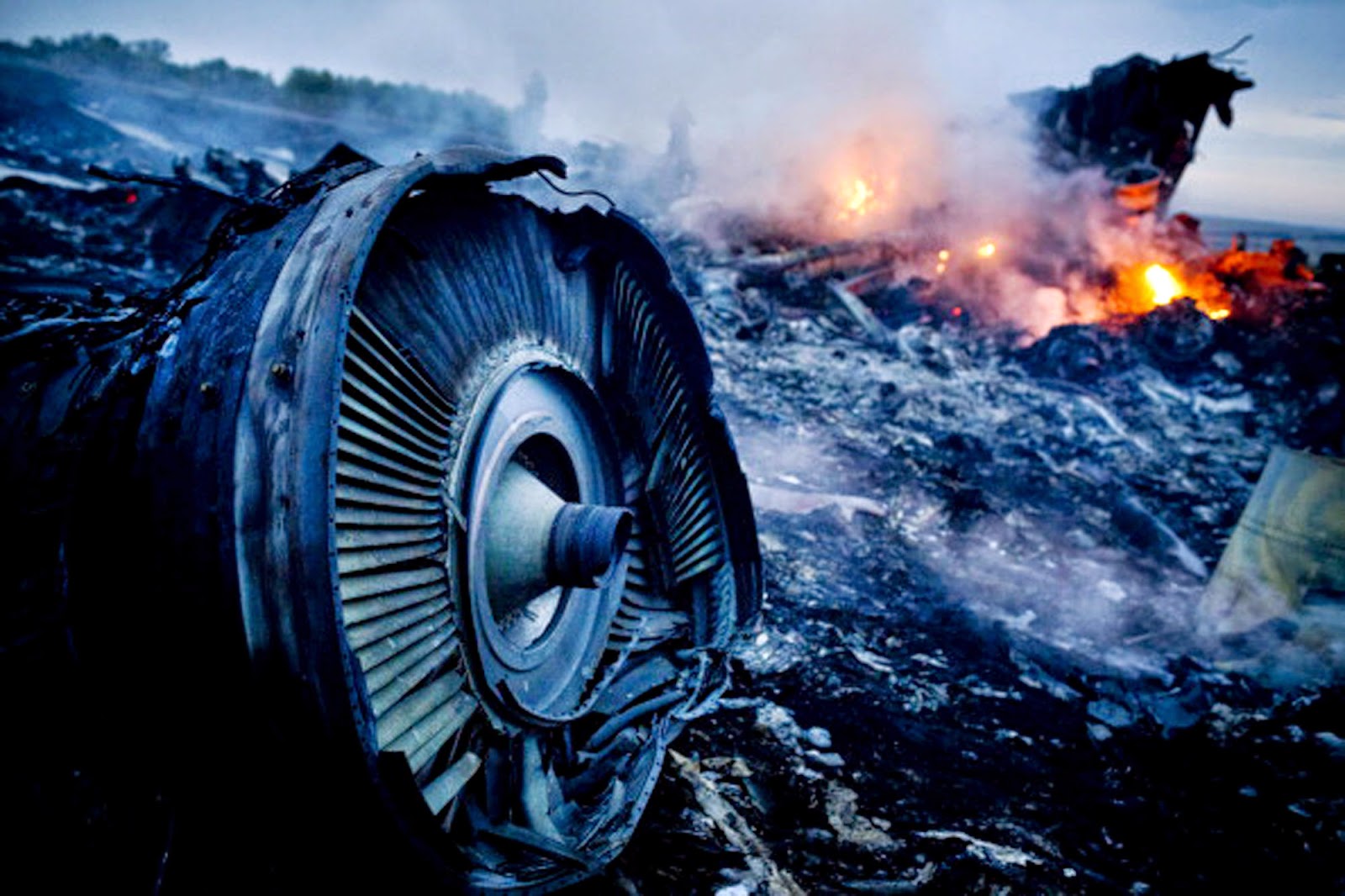 Before leaving on a long trip I always take a moment to pray for safe travel, especially when I am flying. Air travel can be very dangerous, but what one does not expect is to be shot down by a missile. Yet that is what happened to Malaysian Airlines Flight 17, a Boeing 777-200, on an otherwise routine flight from Amsterdam to Kuala Lumpur on July 17. While flying over eastern Ukraine at an altitude of 33,000 feet, and just about to enter Russian airspace, MH17 was shot down. All 298 passengers and crew were killed.

As now seems most likely, this commercial airliner was mistaken for a Ukrainian military transport, probably by pro-Russian insurgents, using a BUK-2M (which Americans refer to as SA-11) surface-to-air missile system. Each system includes four missiles. (See illustration below).

In fact, it was the third plane shot down over Ukraine that week. On Monday, July 14, an Antonov AN-26 Ukrainian military transport plane was hit by a missile while flying over eastern Ukraine at an altitude of 21,000 feet, which is far beyond the range of a shoulder-fired system. Then, two days later, a Ukrainian Sukhoi SU-25 fighter jet was shot down over eastern Ukraine. The Ukrainians immediately blamed the Russian military ground or air forces for the first two incidents.

There are several theories about who shot down MH17, aside from blaming it on the Americans. Maybe this specific attack was by Ukrainian military forces with Buk training who had defected to the rebels. Maybe it was by Ukrainian rebels who had received extensive Russian training on that system, which would raise the question of why Russia would give this training and what that would mean for Moscow's complicity. Or maybe it was by the Russians, as the Ukrainian government charges. 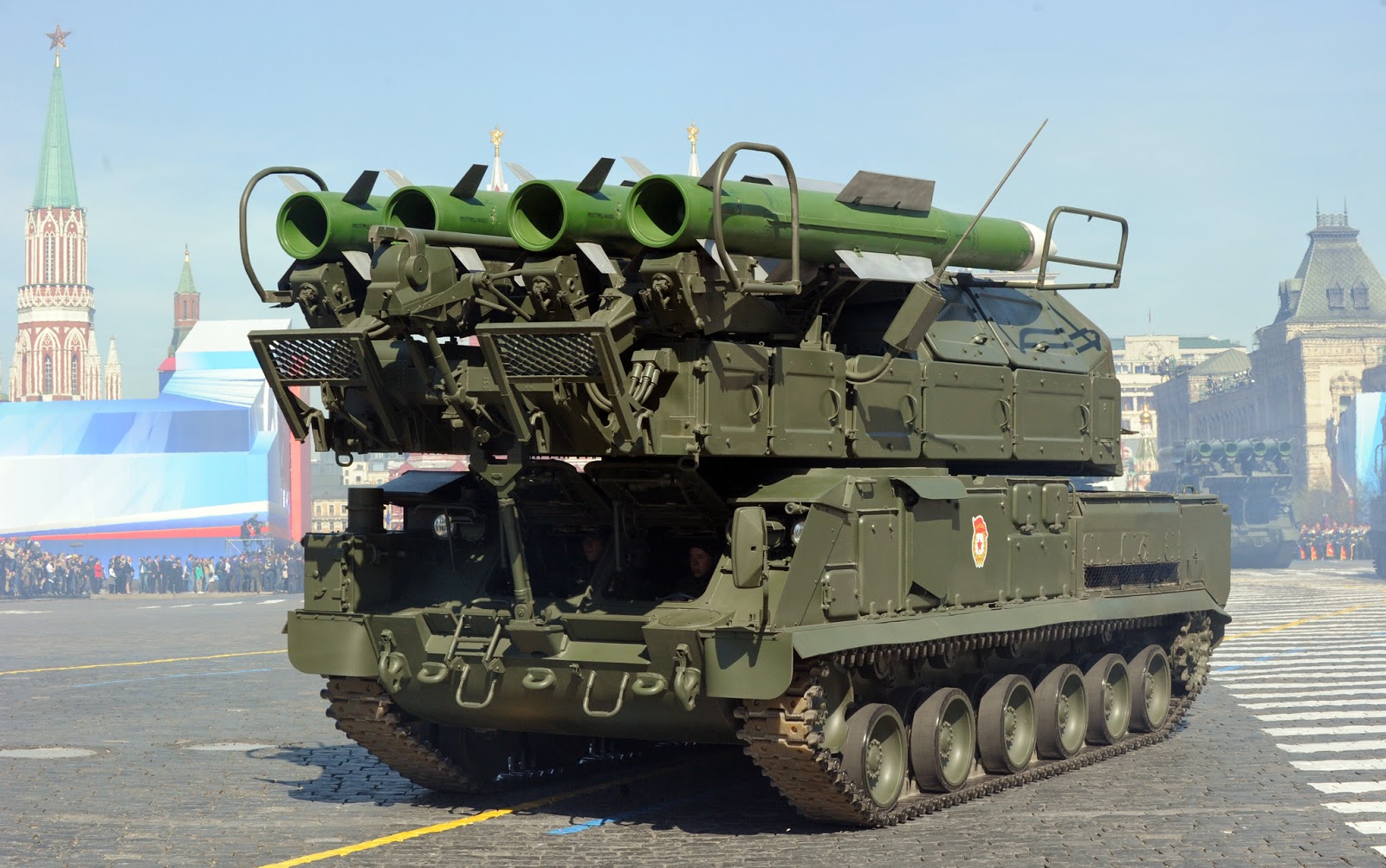 In these possible scenarios, it seems most likely that whoever fired on MH17 probably thought they were shooting at another Ukrainian military plane, as they did a few days earlier, not realizing this was a civilian airliner. But that does not in any way excuse what happened. Murder is still murder, even if it is by mistake.

That it was a mistake seems corroborated by a series of recordings of conversations intercepted by the Secret Service of Ukraine in which a rebel speaks to a Russian commander about an airplane that they had just shot down, but soon come to the realization that it was a civilian plane. Their excuses for what they did was that the plane was bringing in spies, it was in Ukrainian airspace, and there was a war going on.

As yet there is no solid evidence that Moscow planned the missile attack. But, as Canada's Foreign Minister, John Baird, phrased it in rather undiplomatic language, "the Kremlin may not have pulled the trigger but it certainly loaded the gun and put it in the murderer’s hand."

MH17 illustrates the insanity of war. There are more illustrations, if any more were needed. The outbreak of fighting in Gaza, with its daily quota of deaths, primarily Palestinian, but now also Israeli, civilians (which I will deal with in a future post). The kidnappings and cold-blooded murders committed by Boko Haram (which I have covered several times already) and the ongoing conflict in Syria are only a few of many examples.

In total there are currently armed conflicts (as of July, 2014) in 62 countries, involving 549 militias or guerrillas and separatist groups. How wasteful of human and material resources! How tragic for those who have died and the loved ones they left behind! This is insane! 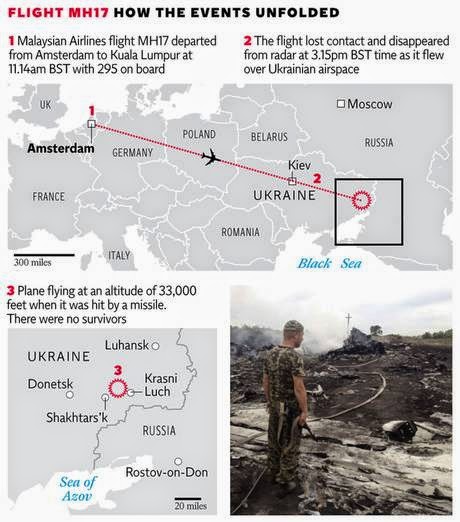 Insanity has been described as doing the same thing time and time again, but expecting a different result. In the case of armed conflicts, the result will always be the same: a tragic loss of life. MH17 proves this.

The shooting down of a civilian airliner, even if it was a mistake, should not happen under any circumstances. While one is finishing a glass of wine with the dessert after the meal, one does not expect to blown out of the sky. An explosion should not herald plummeting to earth to certain death from a height of ten kilometers.

Other civilians are killed during wars. They are euphemistically referred to as "collateral damage." They should not be the hapless victims of these conflicts, yet they are. Unfortunately, most people pay little or no attention, until these deaths occur close to home. The deaths of innocent men, women and children from so many nations has brought this tragic event close to home for people everywhere.

This is especially true in the Netherlands, which lost almost 200 of its citizens on MH17. That country happens to be where I was born, so this event has brought it close to home for me as well. There was also one Canadian who died. He lived near Toronto, where I now make my home. Eight other nations lost citizens: Malayzia, Australia, Indonesia, United Kingdom, Germany, Belgium, Philippines and New Zealand. A few of the dead held dual citizenships, including American.

The shooting down of MH17 has the potential to turn into a much larger conflict. As an opinion piece in The Toronto Star puts it: When a war rages anywhere in our globalized world, it can metastasize in ways we have not imagined. Twenty years ago, the Afghan civil war sowed the seeds for 9/11. In the Middle East, the Syrian civil war has spilled into Iraq. And today, in Ukraine, Russian revanchism and Western indifference have fueled a conflict that has claimed the lives of people that played no role in it at all.

Western nations have for a long time ignored the conflict in Ukraine. European governments and companies have continued to develop natural gas deals with Russia while Ukraine was being dismantled.  A dependence on Russian energy has hamstrung Europe’s policy-makers, who struggled to put together a unified response to Ukraine’s troubles, yet have been slow to impose anything but mild sanctions on a few individuals.

Canada and the US were also slow to act. Only last week did the US finally impose severe sanctions on Russian state-owned firms that will seriously hamper their ability to do business. Some Russian billionaires are already feeling the effect from sanctions that were imposed after Crimea. Canada has delivered a limited amount of aid to Ukraine, but has largely refused to take a firmer stance against the Kremlin. Only now is it adding more economic sanctions.

Western nations have not acted earlier because of economic interests which trumped their concern for democracy. This plays right into Putin's hands. His end game, I surmise, is the dissolution of the European Union and the thwarting of democracy in the countries immediately surrounding Russia.

Sanctions, by themselves, may not be enough to deter Putin from further adventures in Ukraine. Western nations should refuse to sell arms to Russia. France, especially, will resist this step, since it has a multi-billion dollar deal to sell warships for the Russian navy. Britain will also continue to tread gingerly in its dealings with Russia because so much Russian wealth is entrusted to banks in the City. 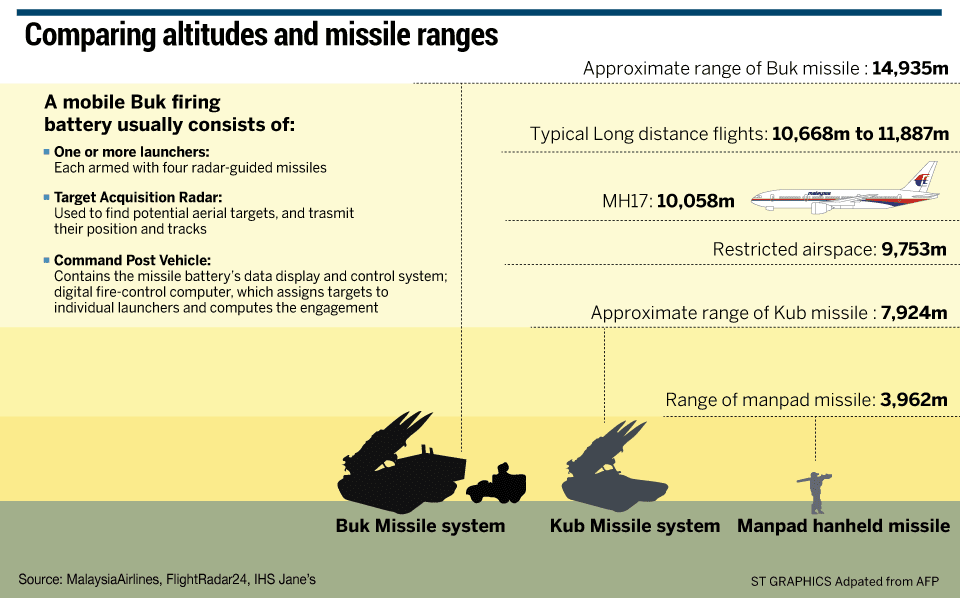 In the aftermath of MH17, there are now signs that Britain is finally willing to impose more severe sanctions on Russia, including "tier three" ones that are directed at entire economic sectors rather than simply against businessmen and companies. That will increase the bite on Putin's friends even more.

In the Netherlands people are seething with anger, and will not tolerate any further dealings with the country that they blame for the loss of so many of the fellow citizens on MH17. Putin has destroyed the long-standing bridges with the Netherlands that date back to Peter the Great.

The Netherlands is one big village, where everyone watches the same TV programs and reads the same newspapers. Their anger is directed against the Ukrainian rebels and their Russian backers. That will not soon subside. It will take a long time, in fact. for the wounds of MH17 to heal, especially if many months will be required to identify all the bodies that are being brought to the Netherlands for identification.

War is insane, as MH17 proves. What further evidence is necessary? So, let's stop this insanity! Let's stop these conflicts and all the suffering that results! One step is to stop selling arms to those who engage in such wanton acts of violence, whether in Ukraine, the Middle East, or elsewhere. Enough is enough! 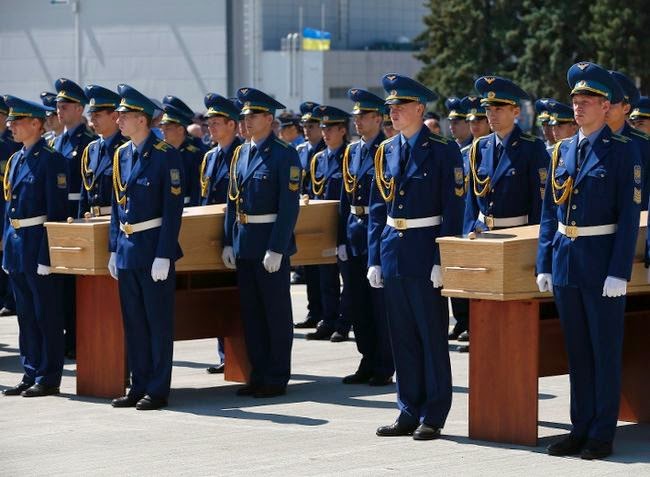 Some of the first bodies being returned to the Netherlands