Five things I expect to happen in 2015 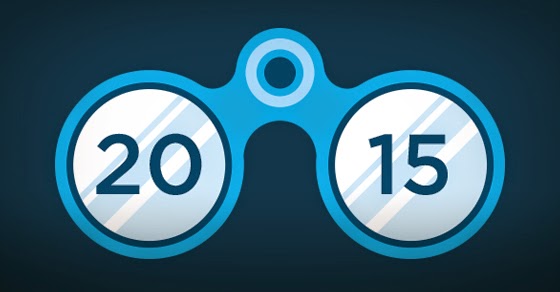 There are at least five things I expect to happen in 2015, but not all of these things are of interest to everyone. Some are personal, but others, I hope, will have a wider appeal. I will restrict myself to the latter. These are not merely things I am hoping for, but I actually expect them to happen. This is not prophecy, but it is merely an educated guess.

I have numbered them, although they are not listed in order of importance. All of them are more or less political but they also have a religious dimension, as is most readily apparent in the first one: 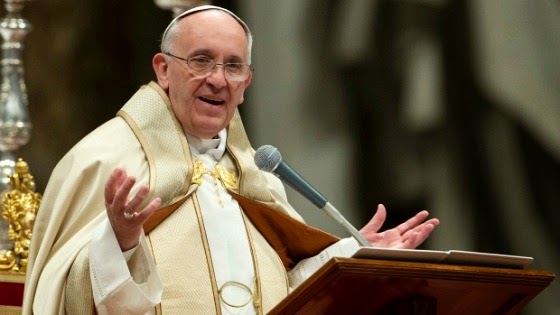 1. Pope Francis will continue to make waves in the Roman Catholic Church.

How this 78 year-old pontiff with only one lung manages to make the waves he does amazes me. Conservatives are outraged by what he says, while liberals cheer him on. The world should sit up and take notice, because the pope is not merely the head of the world's 1,2 billion Catholics but he is also a temporal ruler, even if it is only of the small statelet, the Vatican.

Late last year Pope Francis proposed modifying the church's attitude to LBGT and divorced people. The Synod of Bishops did not approve these changes, but I expect him to reintroduce them this year.

He also scolded the Curia, the heads of the bureaucracy of the Vatican. They deserve his rebuke, but no one likes a scolding. Expect more of the same this year. He will probably try to reform the Curia extensively, in order to deal with some of the scandals that have plagued the Vatican.

He is expected to issue an encyclical on climate change around the time of the the Climate Change Conference in Paris in December. In it he will urge humanity to have a greater respect for creation and invite Catholics to do more in the fight against climate change. Last year he condemned industries that harm the environment. Expect more of the same in 2015.

As his name indicates, Francis is very concerned for the poor. That is why he has spoken out loudly about the inequality of wealth in the world and the threat that poses. Inequality is the next topic on my list. 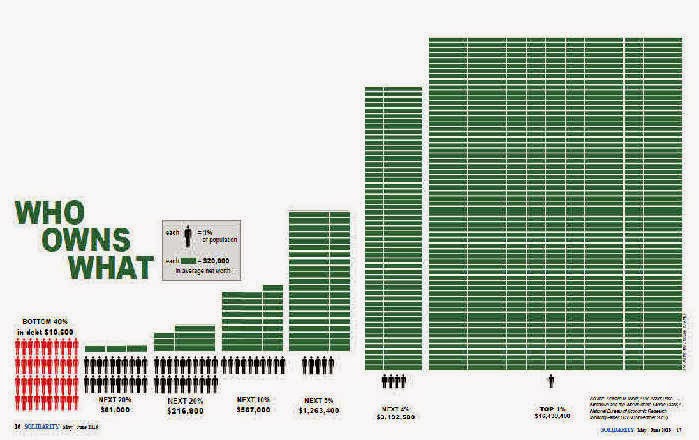 2, The growing wealth inequality in the world.

There is an increasing awareness of the growing wealth inequality in the world. Every country is experiencing that, thus it is hardly surprising the the US and Canada are noticing it as well, The problem is not new. Moreover, it is, growing. And I expect it get worse this year, in part, because of the economic crisis that still grips much of the world.

What is new is the number of reports that focus on this problem. The issue of wealth inequality has been raised by the International Monetary Fund, the Davos forum,  the Conference Board of Canada, and the Broadbent Institute. According to a recent Oxfam report, the wealthiest 85 people in the world hold as much wealth as the poorest half of the planet's population, or about 3.5 billion people.

The growing gap between rich and poor was a focus of the Occupy Movement, which resulted in mass protests and sit-ins in New York, Toronto and many other cities in 2011 and 2012.

As I mention is an earlier posting, Thomas Picketty, in his book Capital in the Twenty-First Century (2014), presents data spanning several centuries that supports his central thesis that the owners of capital accumulate wealth more quickly than those who provide the labor, a phenomenon that has been widely described with the term "the rich-get-richer."

Increasing inequity is a threat to democracy. That is already apparent in many countries. It is widely recognized that elections today are largely decided by the wealthy and that governments everywhere are controlled by the rich. To paraphrase Abraham Lincoln, we now have government of the rich, by the rich, and for the rich. Unless we do something about it, I expect that as a result of the growing inequity democracy may soon disappear. 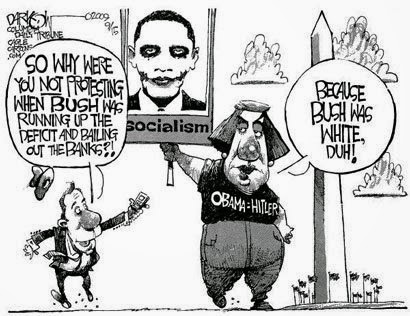 3, More racism in the U.S. and some other countries.

Racism is rampant in America. When a black president is vilified, it is not simply because of his policies. He is vilified because of his race. President Obama is only one half black, but that is more than enough by American standards (one eighth will qualify someone as black). Add up all the Republicans who hate Obama's policies and you have a large segment of the population.

Then add to this all those who cheered the grand jury decisions in Ferguson and NYC. Then add those who harbor racist feelings, but are good at hiding them in every day life. One might have to conclude that just about every person in the U.S. is tinged with racism. Racism is possible without being racist.

Other countries are not much better. Canada has been classified as one of the most tolerant countries in the world, but the way Canadians have treated their native people is shameful. The scandal of the residential schools in Canada rivals the scandal in the Catholic Church with the abuse of children by clergy. In both there was abuse, although only the former was motivated by racism.

In Europe the fear that is displayed toward Muslims is caused by racism, not just religion. A fear of "Eurabia" is mentioned repeatedly in many parts of Europe about people from the Middle East and other parts of the world who do not conform to European standards in dress or language.

No nation is completely innocent of racism. I have witnessed it in all the countries where I have ever lived. It exists everywhere. Unfortunately, I do not see it disappearing soon. On the contrary, I expect it get worse in this and succeeding years. Most people do not recognize that they harbor racist feelings.

4. More conflict between Israel and the Palestinians.

As if the conflict between Israel and the Palestinians were not bad enough, it will intensify even more in 2015. After the latest intifada last year, it seemed as if the problem could not get much worse, but it has already this year, and I expect it to get even worse as the year progresses.

In December, after the UN Security Council rejected the request of Palestine to be accorded statehood, the Palestinians immediately submitted the final documents which would allow them to join the International Criminal Court.

Ban Ki-moon, the UN Secretary-General, announced that the state of Palestine will join the Court on April 1, a high-stakes move that will enable the Palestinians to pursue war-crimes charges against Israel, but also open up Palestine to similar charges.

The US denounced the Palestinian move while Israel froze the transfer of more than $100 million in tax funds collected for the Palestinians. In addition, any Palestinian case against Israel at the court would trigger an immediate cutoff of US financial support under American law.

The Israeli election on March 17 will either exacerbate or lessen the conflict. If Prime Minister Netanyahu is reelected, I expect the situation to worsen even more than if the opposition parties come to power. Either way, a quick resolution of the Israeli-Palestinian conflict is not possible, as long as the US continues to give unqualified support to Israel.

The charge of "Zionism is racism" has often been hurled at Israel. Even though the UN retracted an earlier resolution that made this charge, it will not entirely disappear until Israel allows Palestine to become a full-fledged state or Palestinians are accorded the same rights as Israelis in a unitary state. I don't expect either to happen very soon. That is why I expect, very sadly, the conflict to increase this year. 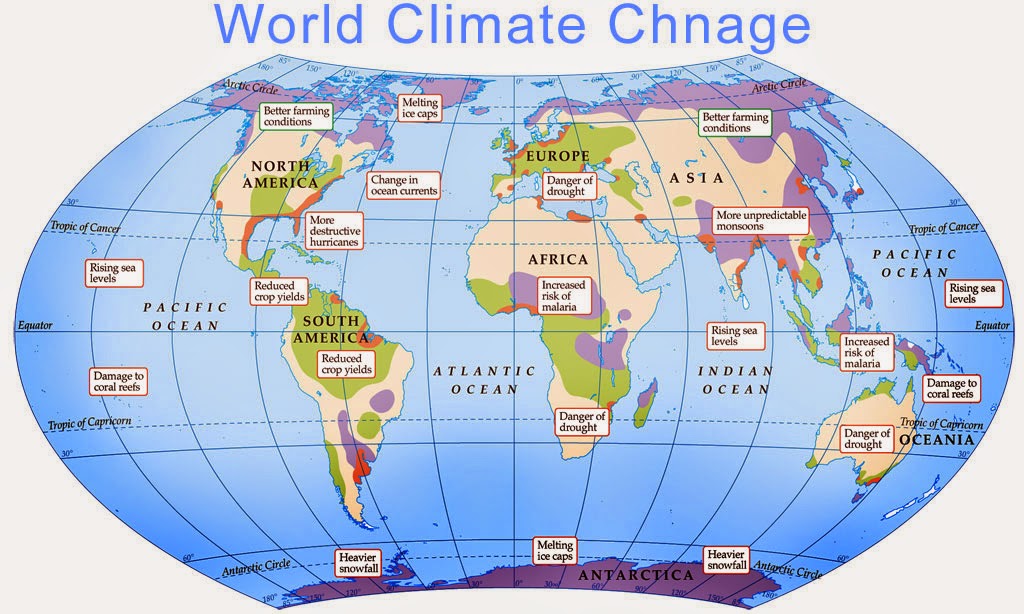 I sense a greater willingness on the part of many nations to come to grips with the problem of climate change. The agreement made at the Climate Change Conference in Lima is one indication.

A new agreement on climate change is expected in Paris in December, that will harness action by all nations, took a further important step forward following two weeks of negotiations by over 190 countries in Lima.

Nations concluded that conference by elaborating the elements of the new agreement in Paris while also agreeing the ground rules on how all countries can submit contributions to the new agreement during the first quarter of next year.

But there are other indications as well. Canada, which has dragged its feet while the Conservatives under Prime Minister Stephen Harper have been in control, may yet change its attitude. Because there is an election scheduled for some time this year, Harper wants to soften his image, also on climate change, and may make some proposals soon to that effect. Even if somewhat belatedly, such a change would be widely applauded by many Canadians.

Climate change, or global warming, as I have referred to it in earlier posts, is real. It is the most serious environmental problem that the world faces. Slowly -- perhaps too slowly -- the nations of the world are waking up to it and are resolving to do something about it. This is why I expect further progress on climate change this year. 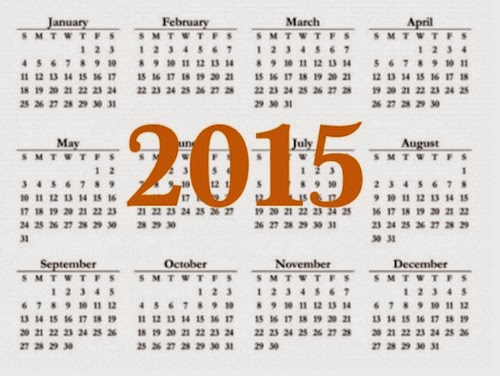 My list of things that I expect to happen this year includes some good things and some bad. Many of them are political in nature, but they have a religious dimension as well. In future posts I hope to examine many of them in greater detail and outline that dimension.

There are, of course, many more things that I expect to happen in 2015, but I have run out of space.