How Should We Treat Autocrats? 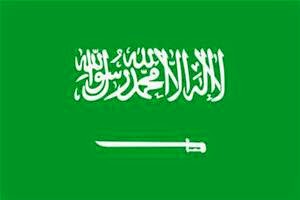 The king is dead! Long live the king! The death of King Abdullah of Saudi Arabia was followed immediately by the accession to the throne of his half-brother Prince Salman. Any struggles within the royal family had been resolved behind closed doors. King Abdullah was buried the next day in an unmarked grave, but he was honored by many world leaders in succeeding days. These leaders also came to meet the new king.

Even President Obama honored King Abdullah and the new king by stopping off in Saudi Arabia after a visit to India. In Britain the flag above Westminster flew at half mast in honor of the late king.

Many of the eulogies bordered on the absurd. UK Prime Minister David Cameron said the monarch that he "strengthened understanding between faiths."  Christine Lagarde, chief of the IMF, called him "a strong advocate of women," albeit a “discreet" one. And Tony Blair described him as "a skillful modernizer" who "led his country into the future." Were these remarks appropriate?

The White House issued a statement that bore an uncanny resemblance to that issued by the Islamic State, to the embarrassment of both.  They hailed the late monarch as a man who, "In a turbulent region, demonstrated his commitment to law, order and the principle of the pretty barbaric public execution."

In both statements, King Abdullah was also praised for his "vision and leadership," as someone who "had the courage of his convictions" and "constantly strived for unity across borders in the Middle East." How these two statements came to be so similar has not yet been explained. 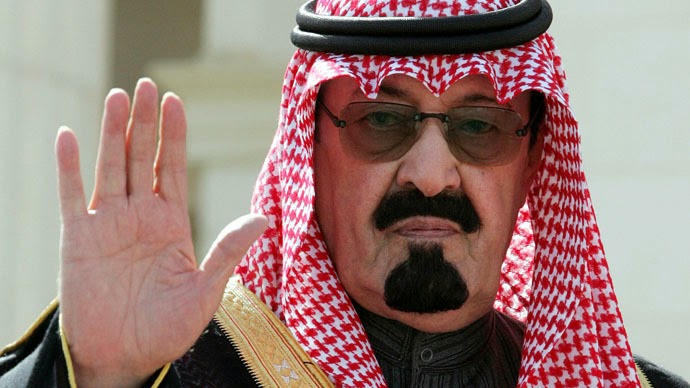 I immediately asked myself: Is that how we should treat autocrats, especially if the autocrat and his country are responsible for many serious violations of human rights? And when he dies, does he deserve such honors?

It is said, "Of the dead say nothing but good," but is this true also of autocrats who ruled their countries with an iron fist and are responsible for terrorism in other parts of the world?

King Abdullah had a reputation as being a reformer. But reformer in the Saudi context is a relative term. The human rights record of Saudi Arabia is dismal.

For decades already, Saudi Arabia received the lowest possible marks for civil and political freedoms in the annual Freedom House rankings, and again in 2014. The countries placed alongside it were North Korea, Turkmenistan, and a smattering of the most brutal African dictatorships.

The regime’s disregard for any accountability to its people is brazen. There are no national elections, no parties, and no parliament, but only a symbolic advisory chamber, known as Majlis al-Shura. 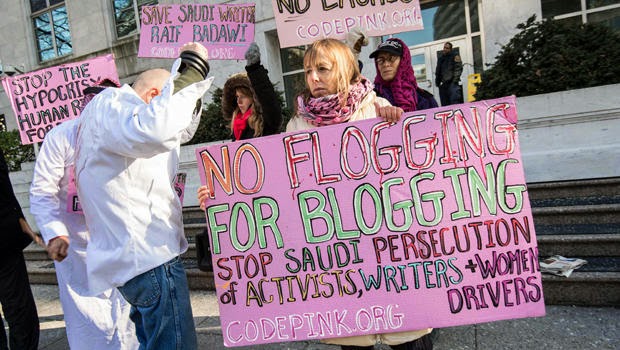 Criticism is strictly forbidden. Just days before King Abdullah’s death, blogger Raif Badawi was given the first 50 of his 1,000 lashes for calling for free speech on his blog. Ahead of his arrival, Obama suggested that he would not be raising US concerns about the flogging of Badawi,

Eighty-seven people are thought to have been beheaded in 2014, which is in line with the national average over the past five years, despite ever-growing external pressure on Saudi Arabia.  It is clear, that this was not a priority for Abdullah.

Another issue is women drivers in Saudi Arabia. The Gulf monarchy is the last country in the world, where women are still not allowed to drive. But for the majority of Saudi women, driving is the least of their problems.

Many would prefer to be able to leave the house, make a purchase, sign any legal document, in fact perform almost any official action, from agreeing to surgery, to signing up to a class, without the consent of a guardian, either the husband or the father.

King Abdullah encouraged more women to go into education, and allocated them a fifth of the seats in his advisory chamber. He also allowed them to vote and run in municipal elections. As with other reform areas, these are top-down symbolic gestures that have done little to affect most Saudi women, who remain some of the most disadvantaged anywhere in the world. 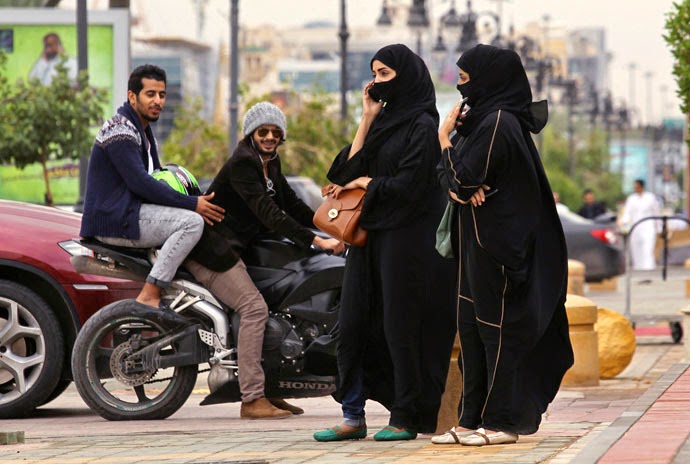 Perhaps more ominously, according to the diplomatic cables published by Wikileaks in 2010, the US regards Saudi Arabia as the biggest source of Sunni terrorism funding in the world, and a "crucial" piggy-bank for Al-Qaeda and other radical groups. While much of its funding comes from private individuals, their identity is unlikely to have been a secret to King Abdullah, who did nothing to rein in his family members.

Although Riyadh did donate a $100 million to the UN’s counter-terrorism center last year, the House of Saud support terrorism all over the world. In fact, Saudi Arabia is the biggest financier of terrorism in the world. The 7,000 or so members of the House of Saud not only support terrorists groups with funds, but see them as a legitimate tool for spreading influence of Wahhabi ideology.

Obama defends the US government's willingness to cooperate closely with Saudi Arabia on national security despite deep concerns over human rights abuses. Saudi Arabia's status as one of the US's most important Arab allies has at times appeared to trump American concerns about the terrorist funding that flows from the kingdom and about human rights abuses.

Obama said, in a CNN interview that aired in advance of  his arrival in Riyadh, he found it most effective to apply steady pressure over human rights "even as we are getting business done that needs to get done. Sometimes we need to balance our need to speak to them about human rights issues with immediate concerns we have in terms of counter-terrorism or dealing with regional stability."

In a future posting I want to write about Wahhabism and its pernicious influence not only in the Middle East but also in Africa and many other parts of the world. That is a separate but important story. 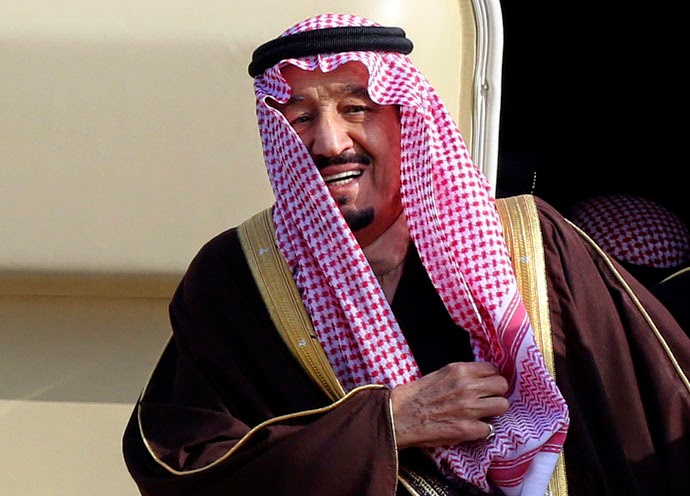 My chief concern now is to raise the issue how we should treat autocrats such as the late King Abdullah as well as his successor, King Salman. The eulogies that were offered by some world leaders were not only over-the-top but were also examples of the realpolitik that is practiced by many countries. Obama's comment about combining pressure on human rights with business is yet another example of this.

Realpolitik derives from the German word for real, practical, or actual politics, and refers to politics or diplomacy that is based primarily on power and on practical and material factors and considerations, rather than ideological notions or moralistic or ethical premises.

Although in German it is not perceived as a negative term, it has acquired strong negative connotations. Nevertheless, it is widely practiced today. I use it here to describe the attitude by many western leaders to the disregard for human rights that prevails in Saudi Arabia.

I find it difficult to accept realpolitik. Perhaps I am too idealistic. The over-the-top eulogies are inappropriate and unnecessary. One can and should be able to issue a statement that is sincere and not dripping with false praise. Otherwise, it is not merely a lie but it perpetuates the illusion that the autocrat is a respected member of the world community, and encourages him in his self deception.

There are many more examples of realpolitik as it is practiced today. Franklin Delano Roosevelt is reputed to have said about the Nicaraguan dictator Anastasio Somoza: "He is a SOB, but he is our SOB." FDR probably never made this comment, yet it is an appropriate expression to describe any foreign dictator that the US has supported over the years: Saddam Hussein, for example.

Should the US or any other democracy support such tyrants? My heart says, no!, even if my head has to admit that there is logic to Obama's argument for having done business with King Abdullah, and now wanting to do it again with King Salman.

Therefore, I do not agree, but I understand. This is the "real" world in which we live. It is a harsh world, where idealism is soon shattered. Thus I am glad that I am not the President of the USA. If I were, would I be able to treat autocrats differently? For that matter, how would you treat them?