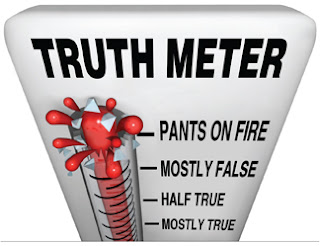 "All politicians are liars," or so the saying goes. It is not difficult to list all the politicians you know and then to check for truth or fiction on a truth meter that measures the degree of truth; everything from mostly true to pants on fire.

The truth is many politicians do lie. Just as many of us, do, they lie in order to gain favor, to deceive, to delay discovery, to cover previous lies, and to buy time. Lying is part of human nature, it seems.

But politicians excel at it. A recent university study in Italy on the topic of politicians and lying reported:


Politicians make good liars because they manage to convince themselves they are telling the truth. And this has also made it easier to hoodwink the public because the best liars are the ones who do not realise they are lying.  . . . it may be that those who go on to become the most successful politicians are those who have most developed the ability to deceive themselves and to believe their own lies. 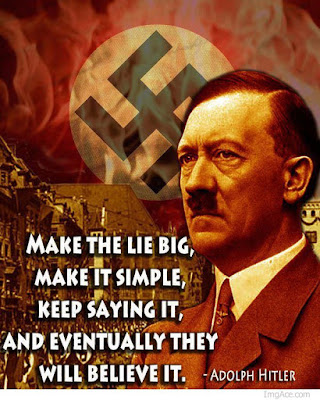 This is true of politicians everywhere. As Nikita Khrushchev sagely observed: "Politicians are the same all over. They promise to build a bridge even where there is no river." In the same vein, in Alaska some politicians built a bridge even though there were hardly any people living there.

This is also true in Canada where the entire nation has had front row seats during the federal election campaign. Now voters don't have to go to Ottawa to visit the politicians, but the politicians actually come to them -- even to their front door, or into their living rooms through clips on the nightly news broadcasts or via the staged drama of election debates.

What voters see of politicians, they don't always like. They witness them attacking each other unmercifully. The truth of H.L. Mencken's remark is evident to everyone: "Under democracy, one party always devotes its chief energies to trying to prove that the other party is unfit to rule -- and both commonly succeed and are right." 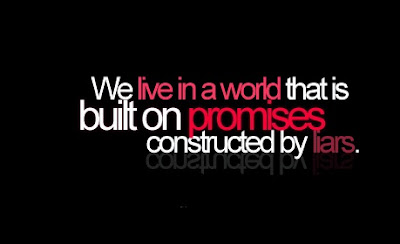 No wonder that this proverb of José Maria de Eça de Queiroz has become famous: "Politicians and diapers should be changed frequently and all for the same reason." This needs no explanation, as every parent knows.

"A fish rots from the head down," is another proverb that also relates to a need for new and fresh leadership when the old leaders are failing. This ancient saying is, unfortunately, not completely true, since in reality it is the guts of the fish that begin to rot.

The more that leaders have to resort to fiction, the more the state of the nation deteriorates. They may claim that their words were taken out of context but after a while very few people believe them. They are then dismissed as chronic liars. This happens, especially, when they have been in power too long. 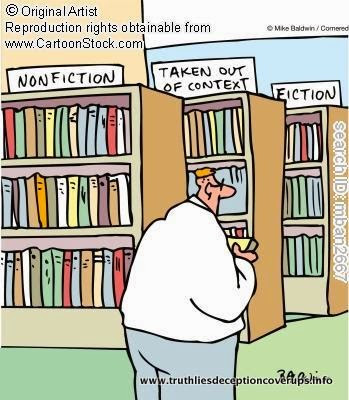 This year I witnessed all the election debates between the leaders of the major parties and I found them boring at times and very discouraging. Instead of dealing openly and honestly with the problems that voters face every day, politicians tediously offer their nostrums as if repetition alone would make the problems go away.

Unfortunately, or maybe fortunately, these debates were accessible only to those who took the trouble to find them. Many were available only to those who had cable or used a computer. They were not made available to the major TV networks. Thus, many voters did not see these leaders perform, which is perhaps for the best. Seeing politicians up close like that can be discouraging.

Simplistic, but appealing, solutions are dangled before voters by politicians who would rather not tackle the really big issues that are crying for a remedy but will not win them the election. Populist measures such as a ban on the niqab are vote-getters, not the alleviation of poverty which is too complex and costs too much. By not telling the full truth is one way that politicians lie without realizing it.

Or -- perhaps even worse -- they try to buy support using the voter's own money, as the Conservatives are doing in this election by offering a benefit to the parents of children but which will be taxed back the next year. Are voters that naive? Apparently so. 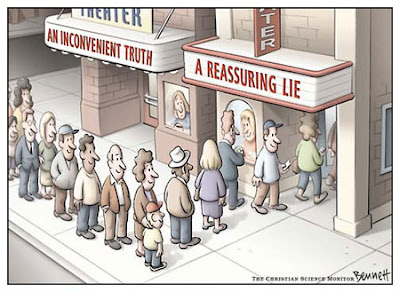 During the election campaign, untold billions of dollars are promised as regularly as clockwork by each party, but few voters realize that all this money is coming out of their own pockets. That too is a form of lying since the full truth is not divulged. Who is going to pay for all this? That depends, of course, on whose ox is going to be gored. People don't care, as long as it belongs to the other guy.

Ultimately, lies destroy both those who do the lying and those who are being lied to. Both politicians and voters become victims of the lies that are distributed like candy. Unfortunately, the candy is toxic.

All politicians lie to us in one way or another because they know that people prefer a reassuring lie to the inconvenient truth. But they are often trapped by their own duplicity as George Bernard Shaw realized: "The liar's punishment is not in the least that he is not believed, but that he cannot believe anyone else."

Fyodor Dostoyevsky was also well aware of this truth, as he warns everyone of the dangers involved in lying. 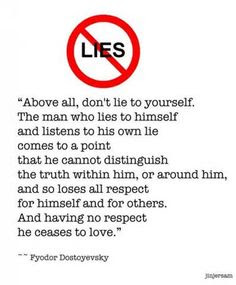 Another result of the duplicity of [politicians is that they must lie to themselves: "Every lie has two parts -- the lie we tell others and the one we tell ourselves to justify it."  The web of lies thus becomes more and more tangled; finally, no one can be trusted as telling the truth.

We all know that there are many types of lies, as Mark Twain famously proclaimed: "There are lies, damned lies, and statistics." Half-truths are more dangerous than a total lie. Every lie must contain at least a kernel of truth if it is to be believed.

It is the half-truths proclaimed by the leaders that I found so discouraging. I was bothered especially by the current refugee crisis where the Candian government, instead of responding magnanimously to the plight of the Syrian refugees -- epitomized in the photos of three-year-old Alan Kurdi -- callously admitted only 457 of them thus far, and not the 10,000 as previously promised. 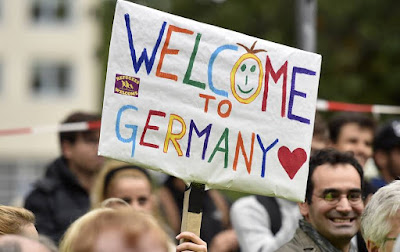 Stephen Harper keeps repeating the word "generous" to describe his government's response. But this is a blatant lie that is mitigated only slightly by a small grain of truth. Canada's refugee policies are mean and incompetent. While other countries, like Germany, have welcomed Syrian refugees, the Conservative government has taken little action to Canada's lasting shame.

Harper's lies are apparent to everyone except his diehard supporters and, perhaps, even himself, His mantra-like answers to every question that is posed to him makes me nauseous (if I may speak personally).

The half-truths that flow from Harper's tongue would not bother me as much if I knew that very few people believed him. Unfortunately, his base remains rock-solid in support of him and responds as if he were the Pied Piper of Hamelin.

Another word Harper uses ad nauseam is "security." While no one would argue against the need for security, it is one of the "dog-whistle" words that I spoke about in my previous post. Dog-whistle politics, as I explain further in that post, employs coded language in which words mean one thing to the general population but are understood in a different way by a targeted subgroup.

Dog-whistle politics is a form of lying. It is deceptive by its very nature. As I wrote there, the political message is not understood as such by those outside the target group of the electorate. But this message resonates and energizes the target group while it is misheard or misunderstood by others. 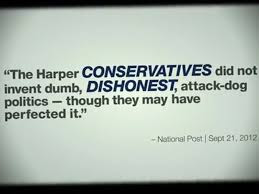 This is precisely Harper's intention. The words he utters will irritate those who do not share his convictions -- why does he keep mentioning security? they ask -- yet the same words will motivate his supporters -- it is red meat to them.

The foreign policy debate was probably the best of the whole series. All three leaders performed well, but the rhetoric became heated. Truth was the chief victim in all the debates. All three men stretched the truth at times in order to win debating points and, they hope, the election.

But Harper has made a habit of playing loose with the truth. The need to win trumps everything else, even his personal convictions as a Christian. In fact, he pointedly ignores any mention of his faith. That is something personal which does not belong in the public sphere where politics is practiced. 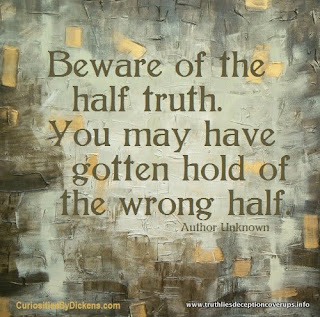