A "routine" shooting in Oregon 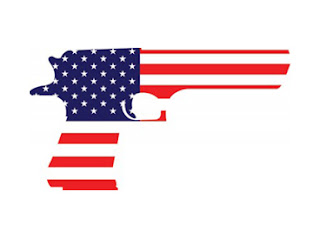 Mass shootings have become "routine" in the United States of America. The word "routine" is not mine but that of President Obama.

In a speech delivered soon after the shooting in Oregon, Obama used these words repeatedly: "Somehow this has become routine. The reporting is routine. My response here at this podium ends up being routine. We've become numb to this."

Two paragraphs later, Obama repeated the word "routine": "And what’s become routine, of course, is the response of those who oppose any kind of common-sense gun legislation."

He explained that "routine" response: "Right now, I can imagine the press releases being cranked out: We need more guns, they’ll argue. Fewer gun safety laws."

Then, several paragraphs later he used the word "routine" again: "And, of course, what’s also routine is that somebody, somewhere will comment and say, Obama politicized this issue. Well, this is something we should politicize. It is relevant to our common life together, to the body politic." 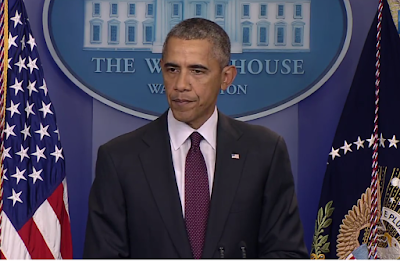 To summarize the President:

The response of the National Rifle Association has become "routine."

And the charges of politicization have become "routine."

Now the question on everyone's lips is: When will these shootings stop being "routine"? Or even better: When will they stop entirely?

Obama put his finger on the problem, but the US is still far from a solution. These shootings will not stop until Americans change their attitude to guns.

Obama concluded his speech with these comments about his hope that change will happen:


I hope and pray that I don't have to come out again during my tenure as President to offer my condolences to families in these circumstances. But based on my experience as President, I can't guarantee that. And that's terrible to say. And it can change.

May God bless the memories of those who were killed today. May He bring comfort to their families, and courage to the injured as they fight their way back. And may He give us the strength to come together and find the courage to change. 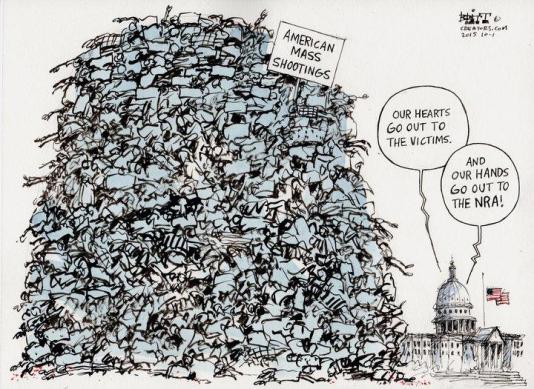 Obama is more hopeful, perhaps, than many people are, although his hope is tempered by realism. His Oregon speech was the eleventeenth on mass shootings during his term of office. His first was in 2009. In the latest, he said that doesn't want to give any more such speeches, but he realizes very well what he is up against.

The NRA is one of the most powerful lobbies in the country, and it is unlikely to change. Although polling, according to the President, shows that a majority of Americans, including the majority of responsible, law-abiding gun owners, understand that gun laws should be changed. Yet this is not likely to happen.

According to Mass Shooting Tracker, "a mass shooting is when four or more people are shot in an event, or related series of events, likely without a cooling off period." This includes all the people who are shot and not just those who are killed. It differs slightly from the FBI definition, which only counts three or more murders as a mass shooting. The MST listing is wider and thus better.

By their count, in 2015 there have now been 294 mass shootings in the 274 days until the Oregon shooting on October 1. That is an average of more than one a day. There have been a total of 994 mass shootings since Obama's reelection in 2012.

Only in the US have mass shootings become "routine." Other countries by crafting appropriate laws have largely eliminated mass shootings. In Australia, such shootings stopped after these laws were passed. 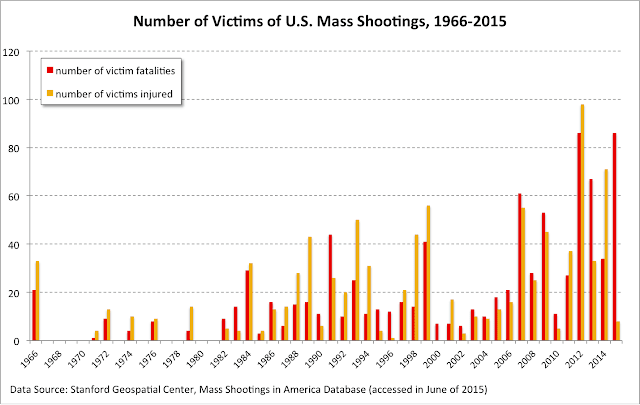 I live in Canada, and I don't own a gun. Nor, to the best of my knowledge, do any of my neighbors. There have been killings here, but very few mass killings. However, the Conservative government has tried to blame all the killings on terrorists as part of a politics of fear that they hope will make their reelection possible.

In the US, most mass killings are caused by white males who have serious emotional and other problems. They are not ISIS-sympathizers or terrorists, as the government alleges in the Canadian killings.

In the Oregon shooting, Chris Mercer, the alleged killer described himself politically as a "conservative, republican" whose hobbies were "internet, killing zombies, movies, music, reading" and who lived with his parents.

In regard to his religious views, he listed himself as "Pagan, Wiccan, Not Religious, but Spiritual." Not exactly a terrorist, although he had earlier expressed an admiration for the Irish Republican Army. 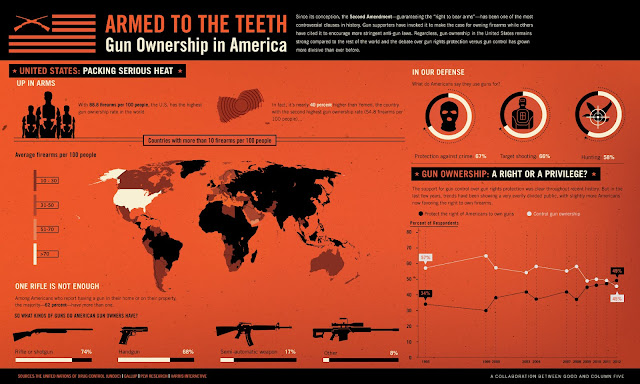 Apparently, Mercer told the students and the professor he shot, "I’ve been waiting to do this for years." He specifically targeted Christians. "Are you a Christian?" he would ask them, "and if you are a Christian stand up."  And if they did stand up, the shooter said, "Good, because you’re a Christian, you’re going to see God in just about one second."

According to reports, Mercer had 14 weapons, six were with him during the shooting, while the rest were found at his home. All the weapons were legal. The question that the US faces is how to prevent troubled people from committing such horrendous crimes so that these "routine" shooting might stop.

I doubt that any solution can be found, except to keep these people away from weapons that they can use in these shootings. New laws are needed in the US to reduce these shootings as well as the daily ration of homicides. They have proven to be effective in other countries and they should prove equally effective in the US.

How many more "routine" shootings will it take before such legislation is passed in the US?

Canada has its own problems. Here nearly all shootings are being blamed on terrorists. I am hopeful that this blame game will stop after the election on October 19. A new government must change this.

However, I am not so hopeful about the US solving its problem with guns anytime soon. Like Obama, I pray for change, but until then mass shootings will continue to be "routine." God help the USA! 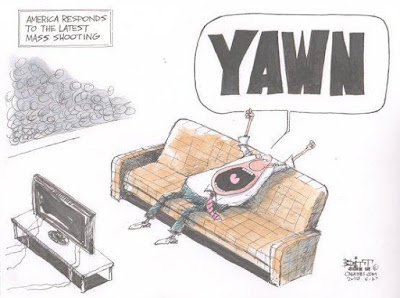