Lately, I have started questioning the facile way many of us think about reality. I soon discovered that many concepts that I thought I understood were much more complex than I had previously assumed  I asked myself why, and was led to investigate binary thinking. While this is not the sole reason for my confusion, it certainly contributes to the problem. I want to share some preliminary thoughts with you. I admit that I do not have all the answers, but I do have many questions. Please join me in my quest. 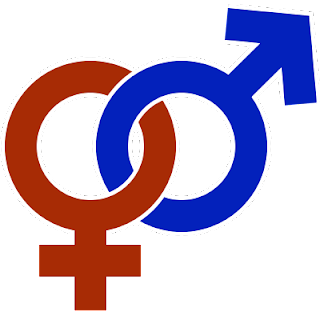 How many sexes are there? Two, you reply, with great authority. After all, didn't God make people (as well as most animals) "male and female"? The great Abrahamic religions agree on this, but that doesn't mean that the issue is therefore settled. If it were only that simple!

What about people who don't fit neatly into the two categories of male or female? For them new terms are needed."Intersex" is a term that has been developed to cover a variety of conditions in which someone is born with a reproductive or sexual anatomy that doesn't fit these two categories.

For example, a person might be born appearing to be female on the outside, but having mostly male-typical anatomy on the inside. Or someone may be born with anomalous genitals. Someone else may be born with mosaic genetics, so that some of their cells have XX chromosomes and some of them have XY. Other chromosomal variations are also possible. These make sex a complex matter.

Which variations of sexual anatomy count as intersex? In practice, different people have different answers to that question. That’s not surprising, because intersex isn’t a natural category but a socially constructed one.that reflects real biological variations. These categories are simplified into male, female, and sometimes intersex, in order to simplify social interactions..

Humans, usually doctors, decide how a person with various chromosomal variations or hormonal anomalies should be categorized. I don't want to get too technical, since I don't understand all of it myself, but I do want to demonstrate the complexity involved. Male and female are the two simple categories that we have traditionally used to describe sex. 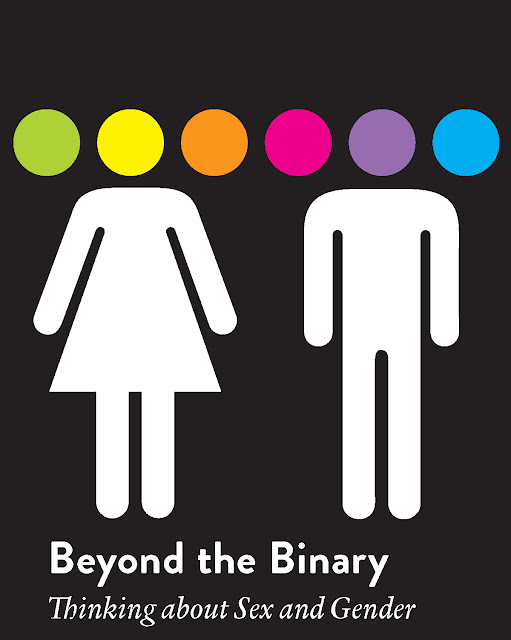 The situation gets even more complex, however, when the term "gender" is added. This was originally only a grammatical term, but it is now often used as a synonym for sex. In feminist theory, this term was adopted  in order to distinguish between biological sex and the social construct of gender. This distinction has been widely adopted in the social sciences. Sometimes a further distinction is made between psychological and social gender.

Someone has explained succinctly that sex as what a person has between their legs and gender is how they identify themselves. As you may have noticed, both sex and gender are social constructs. As such, they are culturally shaped. It is dangerous, therefore, to impose the views prevalent in any culture and make them normative for all.

One reason why Christians often do this is because we tend to engage in binary thinking in which our own views are given normative status. We must be careful not to elevate even those views of sexuality that prevailed in differing biblical periods.. Male and female is one example of this.

The Bible is not a scientific textbook. Even though male and female are what we traditionally define in terms of sex and gender, intersex, for example, id not dealt with with. Yet intersex must have occurred in biblical times as well. To dismiss it simply as sinful, does not deal with the chromosomal and hormonal aspects. These cannot be dismissed as either sinful or the results of sin. 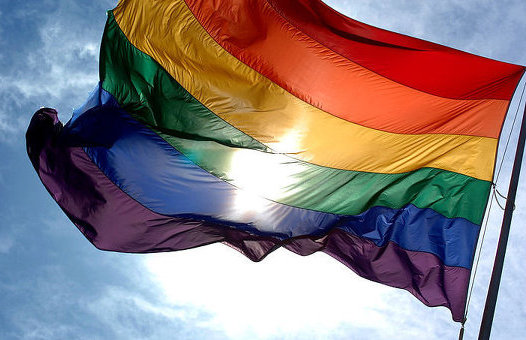 To widen the net even further, the issues that LGBT people raise cannot be dismissed in that way either. To label all of them as sinful does not address the issues that they raise, issue such as the nature of love. Are LGBT people engaging in sinful acts simply because they love each other?

Binary thinking can be defined as a system of thought that predominantly considers things in an "either/or", "right or wrong", "black or white" way, ignoring any subtleties or consideration of  any other alternatives. In philosophy, this is known as a "bifurcation fallacy.".

Binary thinking can be distinguished from binary opposition which deals with concepts that cannot exist together at the same time. Some examples are a light switch is either on or off; in a sports match, a team either wins or loses;;water is either hot or cold;;something in relation to something else can be left or right, up or down or in or out; it is basic to the digital world which consists of ones and zeroes.

Binary opposition is fundamental to the ideas of later twentieth century by thinkers like Claude Levi-Strauss, Roland Barthes and Jacques Derrida. This theory is called structuralism. It maintains that all the elements of human culture can only be understood in relation to one another and how they function within a larger system.

I would prefer not to discuss binary opposition and structuralism at this point, binary; thinking is already too intimidating, even though the idea itself is not difficult to understand. We are so used to binary thinking that we are unable to grasp that alternatives exist. Why not consider an alternative? 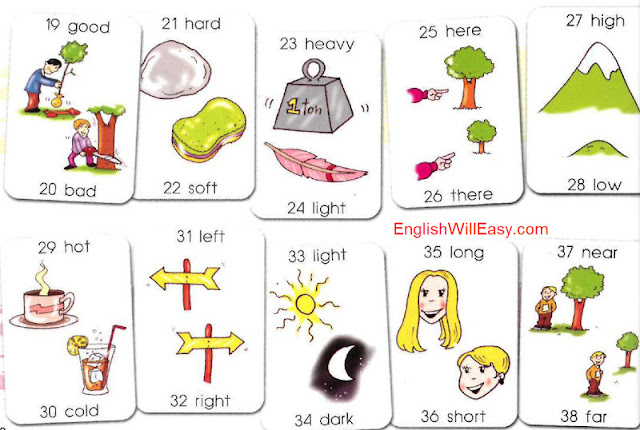 Some examples of binary opposition

Plato utilized the principle of divisio. This principle is basic to the binary thinking that has prevailed since then. How can binary thinking be overcome? Quantum physics suggests at the very least that we consider possible alternatives to the prevailing binary thought.

Some of what quantum theory predicts and states is almost like something out of science fiction. Matter can essentially be in an infinite number of places at any given time; it is possible that there are many worlds or a multiverse; things disappear and reappear somewhere else; you cannot simultaneously know the exact position and momentum of an object, although some physicists are now questioning this claim, which if they are right would simplify quantum physics.

Even quantum entanglement, where it’s possible for two quantum particles to link together effectively making them part of the same entity or entangled. Even if these particles are separated, a change in one is ultimately and instantly reflected in it’s counterpart.

Einstein found it difficult to accept what he referred to it as spooky action at a distance. In fact, he could not tolerate it and deemed tit the result of erroneous thinking.. Many of us find that equally difficult, but it should cause us to question the priority of binary thought.

This progression is exponential. As a result, a quantum computer will essentially be able to crack any algorithm, solve mathematical problems much more quickly and ultimately operate millions of times faster than conventional computers. 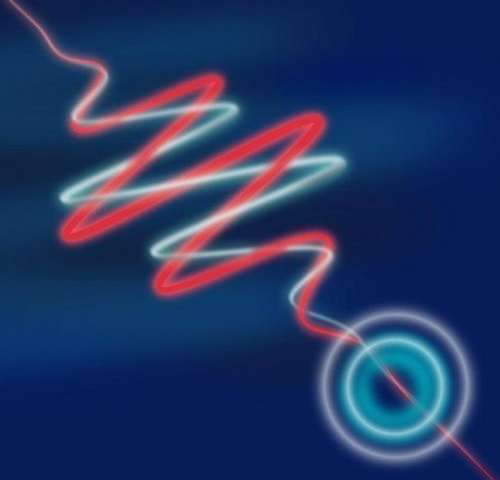 Quantum physics says that particles can behave like waves, and vice versa. Researchers have now shown that this 'wave-particle duality' is simply the quantum uncertainty principle in disguise.

Even if quantum physics turns out to be closer to the classic model of reality, the idea that reality is not as simple as it seems, the nature of quantum computers forces us to question binary thinking, so that male or female, black or white, one or zero are not the only possibilities. This can be liberating.

Then, perhaps, we need not get upset by transsexuals using the facilities that they prefer. Then we might not get hung up about nudity at a Pride parade or accepting LGBT people as full members of our churches and even allow clergy to officiate at weddings.

For decades now I realize that everything in the world is black or white and that the concept of truth is not as simple as I thought it was at one time, More recently, I have been forced to struggle with the concepts of male and female and I discovered that even that it is not always easy to distinguish them.I suspect that others may  have had similar struggles. If not, maybe it is time to dismiss the simplicity off binary thought and open ourselves up to alternative ways of thinking.

I hope you are ready to go for a ride of discovery with me. I will appreciate your thoughtful contributions. The journey will not be easy, but at the end we may discover a way out of many of the problems that we are currently struggling with or at least make it possible for them to be understood better.