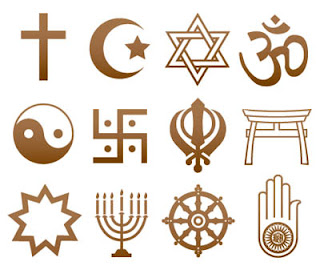 It is fashionable today to blame religion for much of the violence in the world. Such arguments are chiefly propounded by secularists who often point to Northern Ireland, the former Yugoslavia and, more recently, Nigeria as examples. Since September 11, 2001, these arguments have gained new currency.

What is implied in such arguments is that religions such as Christianity and Islam are more inclined to violence than are secular ideologies and institutions. That is a false assumption, since it involves defining religion in such a way that secular ideologies are excluded. Religion is described as divisive and irrational, but atheism, for example, would not be since it is not a religion as secularists define it.

In a later post I want to examine atheism further. For the moment, I will argue that atheism is a religion in the sense that I described it in an earlier post, where I noted that all of life is religious. Thus it is impossible to separate public and private activities entirely, as I pleaded in my series on religion in the public square.

In other words, religion as I understand it includes more than the rites and rituals that many contemporary scholars of religion use to define it. For a list of what characterizes religion in their view, see my earlier post.

In this post I am going beyond that secular definition by returning to the traditional view with which I grew up. However, I still find it difficult to offer a definition of religion that will please everyone, including atheists. If earlier I wanted to be able to dialogue also with atheists, now my audience, I believe, consists primarily of people of faith for whom religion is something they value. 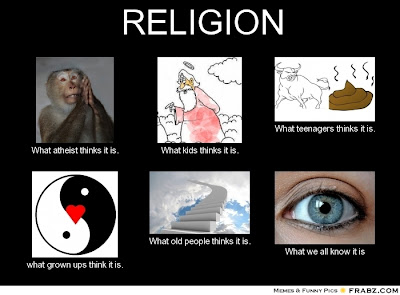 Religious violence is as old as the world. The Bible describes a lot of violence, but it never extols it. On the contrary, the New Testament condemns it to such an extent that many early Christians were pacifists.

Later, especially after Constantine, Christians joined the Roman army and followed the lead of Augustine in justifying war. The Crusades are one example of religiously-motivated violence. 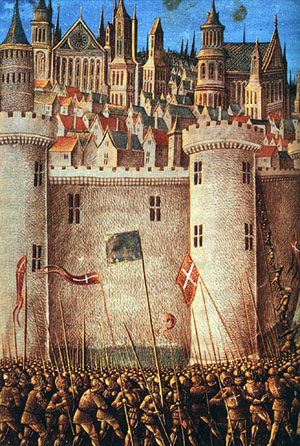 Other examples, such as the Thirty Years War (1618-1648), are often cited as well, but the motivation for such violence in nearly every case is much more complex than is generally acknowledged.

This does not mean that there is no religious violence, but rather it must always be seen in the larger context in which this violence takes place. Let me give one example from my recent trip to Nigeria.

In the post before this one, I described the security problems Nigeria is currently facing in trying to stop the violence that is being perpetrated by Boko Haram. A military solution that is largely offensive is clearly not the answer. Defensive measures, such as checkpoints, are understandable, but the human rights violations that the military has been accused of for its offensive measures are unacceptable.

Boko Haram is merely the most recent example of violence in Nigeria that is widely portrayed as religiously- motivated. But there are many more factors involved that are often overlooked even by Nigerians. 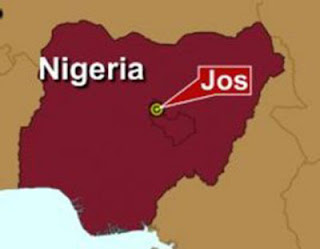 At the risk of oversimplifying the numerous factors and omitting some, let me mention just a few. Before I do so, however, I must emphasize that this violence is perpetrated largely by Hausa Muslims in the North and the Middle Belt, where Jos is located. There are many Muslims in other parts of Nigeria who are not involved in violence, nor are the Hausa who live elsewhere, such as Lagos.

Perhaps the most important of the many grievances of the Hausa Muslims in the Jos area, which I know best, is land and its accompanying rights. The tribes that occupy this area are unwilling to grant Muslims the right of being "indigenes," in spite of the fact that some Muslims have lived there for generations. Being an "indigene" means that one has the right of owning land and the full rights of citizenship.

Currently Muslims have bought up huge tracts of land, but they do not enjoy the full rights of citizenship that the Nigerian constitution accords them.

That the Hausa Muslims in Kano deny these same rights to Christians living there and in other cities in the North is obviously unfair. But this problem needs to be addressed on a country-wide basis. Muslims justify their behavior by pointing to the concept of the Dar al-Islam, the areas where Muslims are in the majority, belong to the Prophet Muhammad and cannot be ceded to unbelievers. 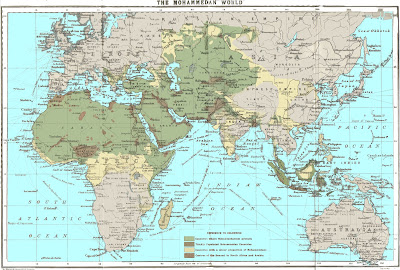 The Dar al_Islam on a global scale (in green)

Obviously this is unacceptable to Christians. This is unfair as well as being unconstitutional, but the ownership of land is so basic for most Nigerians that it overrides everything else. One's land is part of one's identity, and it is where one will probably be buried. Thus the rights accompanying land ownership are not easily granted to outsiders from the community.

Another issue for Muslims in the North is education, or rather the lack of it. I described this problem already in a previous post. There I mentioned especially the effect of this problem on women, but the lack of a good education affects men as well, perhaps even more so since they are the bread-winners in Islamic societies.

Boko Haram is critical of western education, but not all education, which for them means Islamic education. The Nigerian government has to find ways to make a good education widely available in the North so that Muslims too may enjoy their share of jobs in the civil service and elsewhere. Christians have generally been better educated and thus in the past held many such positions.

Yet none of these issues justifies violence. But when violence does occur, the press, particularly in the West, is quick to label it as religious violence between Muslims and Christians. Religion is only part of the problem.

Today religion is widely perceived to be the cause of violence. Sometimes, sad to say, it is. But religion can also be part of the solution. That is hardly recognized at all. 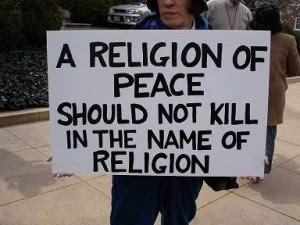 This sign happens to criticize Islam, but it applies to all religions

Not all Christians are pacifists, but an increasing number, myself included, now opt for active non-violence, a position that is associated especially with Mahatma Gandhi and Martin Luther King. I distinguish this from pacifism, yet this distinction is not always clear to most people.

Islam calls itself the religion of peace, but too often it is condemned for abetting terrorism. That is unfair. Even the concept of jihad is often misinterpreted to mean "holy war," whereas it properly means "struggle." This can take many forms, only one of which is "holy war." The primary one is an inner spiritual struggle. And jihad can even take non-violent outward forms, such as a "jihad of the pen."

Therefore people of faith must not allow secularists to define religion in such a way as to absolve secular ideologies of blaming only religion of violence. They can be just as prone to violence as any other religion, as I understand it, and can be equally divisive and open to irrational behavior. We must not let them define the terms and assign the blame.

As people of faith, we must reject violence. And we must work for peace. Then and only then can religion become part of the solution rather than part of the problem.