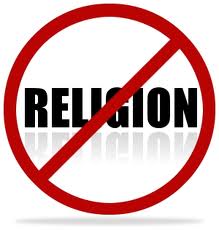 What is freedom from religion? Ever since the Canadian government recently unveiled the Office of Religious Freedom, which is intended primarily to protect the religious freedoms of minorities both in Canada and elsewhere, humanists and atheists have protested by insisting that freedom of religion should also include freedom from religion.

By freedom from religion, let me be clear, I am not referring to the separation of church and state, which is a largely American issue. Nor does it mean keeping religion out of politics. Both are beyond the scope of this post and would sidetrack me from what atheists mean by freedom from religion.

So, what do atheists mean when they talk about freedom from religion? I have selected two writers and will let them state what they mean using their own words as much as possible.

Freedom of religion should be a universal right, and not just for religious people, he argues, noting that "real religious liberty must exist for everyone, not just for themselves."

For him and many others, freedom from religion means "the freedom from the rules and dogmas of other people’s religious beliefs so that we can be free to follow the demands of our own conscience, whether they take a religious form or not."  Under the latter, he means atheists.

But he also carefully notes that freedom of religion does not mean that people are free from seeing religion in society, whether churches or other symbols of religious expression. For him, freedom of religion and freedom from religion are two sides of the same coin. I beg to differ with him on the latter point. 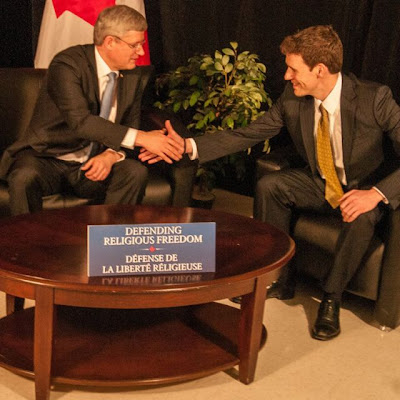 However, I do concur heartily that religious freedom must be for everyone. Dr. Andrew Bennett, the newly appointed ambassador who heads this office would agree with that.

Bennet emphasized at the opening a few weeks ago that his office would defend everyone, even those who have no religion: "All people of faith and, again, those who choose not to have faith, need to be protected, their rights need to be respected. That's what this office is about." That would seem to include atheists and humanists.

Another writer has asked how the Office of Religious Freedom will be able to deal with competing groups, without seeming to favor one faith group over another. She correctly observes that protecting one group of adherents might lead to discrimination against another vulnerable group. She gives several examples, some of which involve groups that may include atheists.

Catholic schools in Ontario claim that anti-bullying legislation violates their religious beliefs because it requires them to allow gay-alliance clubs in schools, even though, according to her, about 21 per cent  of gay students are bullied compared to about 8 per cent of non-gay students. She also asks: should anti-abortion groups have the right to harass women outside abortion clinics?

According to the report, prosecutions of non-believers for their lack of faith or for criticizing religion occur almost exclusively in countries that favor one religion over another, or religion over non-belief. Thus the best way to protect religious freedom for all people, whether religious or not, would be in secular societies that have laws protecting not only freedom of religion but also freedom from religion.

She interprets freedom from religion to mean being free from having the belief systems of others imposed upon people. Most religious persecution, she contends, is a product of one religion being intolerant of another religion, with both being equally intolerant of those with no religion at all.

Atheists and humanists want to portray themselves as not having any religion. By the narrow definition they use, they are right. However, using a wider definition I can argue that every person is religious.
Everyone has a faith, even if that faith involves the absence of a belief in a god or gods. It is still a faith or belief. Religion is much broader than it is in the list of characteristic practices that some atheists use to define the term. I will not debate this issue now, except to note that such lists mean that atheists and many humanists are excluded by their own definition, which is a questionable form of arguing. My response to them might include a quote from Shakespeare's Hamlet: "There are more things in heaven and earth, Horatio, than are dreamt of in your philosophy."

Some atheists now have their own churches where they can experience community and ritual without faith. And atheist chaplains are available on some campuses offering students the benefits of religion without God. Atheism has become respectable -- so respectable that it has become a quasi-religion.

One atheist even calls art galleries the new churches. He wants the secular world to imitate religion's effective use of art, literature and music. “Religions are too good to be abandoned to people who actually believe in them,” he says provocatively.

The so-called New Atheists, including Sam Harris, Richard Dawkins, Christopher Hitchens and Daniel Dennett have described at length the moral failings of organised religion, little realizing that their own position has become a religion of sorts to many people. 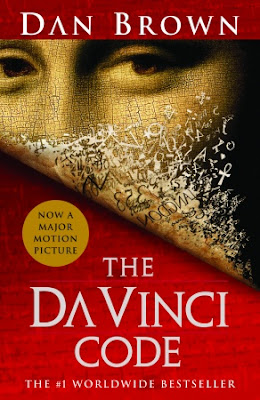 Dan Brown’s bestseller, The Da Vinci Code, recycles the dominant cultural narrative that depicts organised religion as complicit in institutional abuse, moral corruption and dishonesty, but his readers remain unaware of  the good that the great religions of the world have also done. He ignores the failings of atheists and humanists, not all of whom are the paragons of virtue that are often portrayed as being.

Recently I attended a symposium in which an author introduced his new book by pointing out the faults of theists. I objected to his presentation by arguing that he had set up straw men, since I could accept only one of his assertions accurately reflecting what I as a theist believe. He clearly displayed his rationalism when he responded to a question about miracles by claiming that science has not yet been able to explain them, but one day it will.

From the other panelists, who were also atheists, it was clear that they considered theists as people who were biased by their religion, whereas they had no religion and were therefore free from any such prejudice. Some atheists hold that religion is responsible for much of the evil in the world, or as Christopher Hitchens succinctly puts it, "religion poisons everything."

Religion can be a force for good in the world, and not just for evil. That it has often been used for evil should not surprise anyone. Religion is not inherently evil; people are, whether they consider themselves religious or not. Atheists and humanists are not excluded. Thus they are mistaken when they attach blame exclusively to religion. No matter how one defines religion, the problem of people who are evil remains.

Freedom from religion, as has been remarked by many atheists, means that people should not have anyone else's religion imposed on them. To escape from religion and its influence, however, is absurd. One may not like everything about the majority religion that dominates a particular culture, but one must accept it as long as those who adhere to that religion do not infringe on the rights of others.

Where rights collide, and inevitably they will, a balance must be struck. This is what those who are in favor of abortion and those against often forget. Both sides must try to respect each other's rights and not seek to make their own position normative for everyone else, whether through the use of legislation or in other ways. Then we have a tyranny of the majority. Thus Christians and others do not have a right to picket abortion clinics and harass the women who need these services. And Catholics should not limit access to birth control. 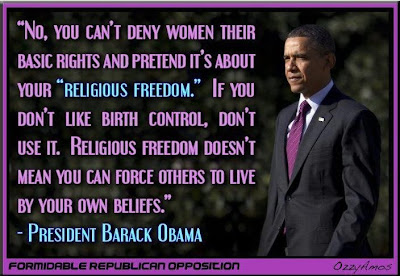 One cannot be entirely free from religion anymore than one can be free of gravity. One can deny God, but that he does not mean he no longer exists, and that religion has therefore been eliminated as an influence in society, except in a negative way. Atheists and humanists who claim otherwise have buried their heads in the sand.

In their desire to achieve freedom from religion, they try to impose their own secular beliefs on everyone else. That is unfair. Then they are doing precisely what they do not want others to do to them. Thus it is not fair to insist that Catholics must allow gay-alliance clubs in their schools. Personally, I have no problems with such clubs, but they must not be imposed upon those who disagree because of their faith.

Freedom of religion is a basic right that people all over the world must enjoy. Unfortunately, that right is often curtailed in many countries. However, freedom from religion is not the other side of the same coin. I have no right to impose my faith on anyone else, but atheists and others have no right either to impose their views on me or everyone else. Then they deny me my freedom.

The tyranny of the minority can be as bad as the tyranny of the majority. Atheists may claim that they are not doing that, but they do when they assert that theism must not be taught in schools since it is not intellectually respectable. That is a statement of faith, not a scientific fact.

They see religion as entirely evil, but I do not. That is a fundamental religious difference. That is why I differ with them on the issue of freedom from religion.