The Radicalization of Boko Haram and the Islamic State 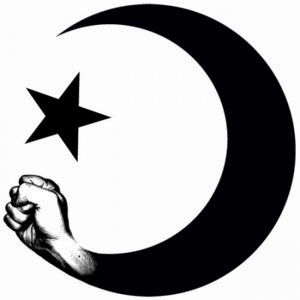 Both Boko Haram and the Islamic State (IS, was ISIS) are in the news again. Sometimes days go by without much news about them. Boko Haram, whose name means "Western education is sinful," is the radical group in Nigeria that wants to set up an Islamic state in the northern part of Nigeria. IS, of course, had earlier made a similar claim in Iraq and Syria.

Boko Haram has been off the radar for a while. The girls from Chibok have not been released, in spite of hopes that a much-touted ceasefire would lead to their return. But those hopes were dashed when Boko Haram captured this town in north-eastern Nigeria, only to have to cede it again to Nigerian forces a few days later. This cease fire can now be definitively declared dead.

Within the last few weeks the militants have captured several villages near Chibok. They killed the boys in at least one school and told the girls to go home and get married.

Boko Haram and IS are increasingly radicalized and radicalizing. The Chibok girls, who are mostly Christian, may never be released, since those who were not Muslims are said to have been forced to convert to Islam. All have reportedly been sold to Boko Haram militants as wives, although some may have been sold as slaves in neighboring countries. 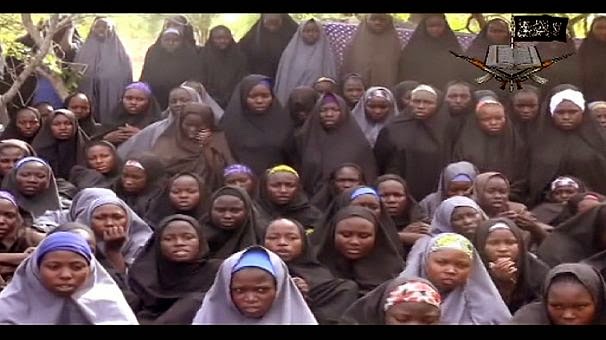 The Nigerian government claims to know where the girls are being kept. yet except for the retaking of Chibok little has been accomplished to achieve their release. What the government has done, according to reports of videos of these atrocities that have been verified by journalists, is capture suspected Boko Haram militants and torture them. Unfortunately, most of the suspects had nothing to do with Boko Haram.

What the government forces did has further radicalized the local people, most of whom want nothing to do with either side. Both sides are guilty of atrocities. No wonder that some people have joined Boko Haram, since the militants seem to be stronger and able to protect their town and villages better. Reports that villages near Chibok remain in the hands of the militants only confirms these fears.

The longer the impasse between Boko Haram and the government continues, the greater the likelihood that the militants may achieve de facto control of part of Northern Nigeria and be able to proclaim an Islamic state.

Christian in Nigeria and elsewhere are praying earnestly for the release of the Chibok girls. My wife and I have several former students living in the area. They are now afraid for their own safety after some of their co-workers were captured. We are praying for their safety and the release of all the captives. 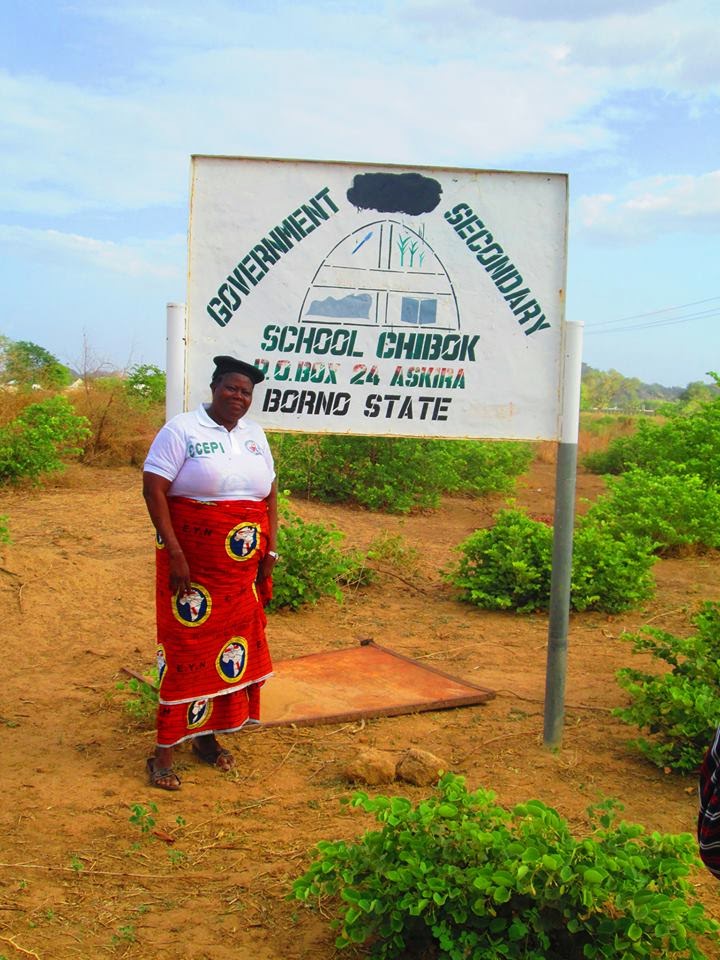 Our former student, Rebecca Dali, in Chibok, which is not far from her home

Boko Haram denies that there has been a ceasefire. In a video a spokesman for Boko Haram, boasted, "Who says we are dialoguing or discussing with anybody?...  All we are doing is slaughtering people with machetes and shooting people with guns ... War is what we want."

The government claims that the militants are divided into factions, and that Boko Haram is unable to control these factions. If that is indeed the case, it may explain the recent  rash of bombings and killings in that area, but my suspicion is Boko Haram is unified in its goal of ultimately achieving an Islamic state and wiping out the vestiges of Western influence that they hate so much.

The military is also divided, since there have been numerous rumors that factions within the military support Boko Haram and covertly support the militants by feeding them with reports of imminent attacks and even weapons.

Bok Haram is radicalizing that part of Nigeria as well as being radicalized even further through the atrocities perpetrated by government forces. Local people are turning to Boko Haram, since they can no longer trust the government. The militants are becoming more extreme as are the government forces. This becomes a vicious circle that makes a resolution of the conflict even more difficult 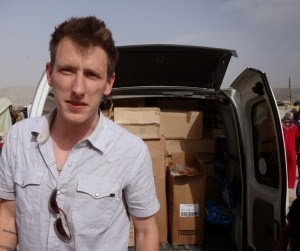 Abdul-Rahman (formerly Peter) Kassig, the latest foreigner executed by IS

IS, which controls sizable parts of Syria and Iraq, has issued a new video showing the beheading of yet another American as well as that of more than a dozen Syrian soldiers, What is unusual about this video in comparison with previous ones is that the faces of the executioners of the soldiers are revealed. These jihadists are not hooded as previously and are believed to be Europeans.

Also different in this video is that the American aid worker, Abdul-Rahman (formerly Peter) Kassig, a US soldier turned aid worker, and apparently convert to Islam while in captivity, did not make any final statement, unlike what happened in the videos of the previous executions of foreigners. He may have refused to do so. The last segment of this video, which deals with his execution does not show the actual beheading. This part is not as professional as previous videos which used multiple cameras.

Was this segment with its amateurish filming rushed because of theUS bombings and surveillance, as some surmise? A more likely explanation is that IS is enthralled by its efforts to install fear in people. IS uses these videos as a recruitment device. In many countries there are many young men and women who are disenchanted with the West and are susceptible to siren call of IS. In this video IS says, in effect, we are not afraid. Join us!

The fanaticism and barbarity of IS is very evident in this video, but it may have the opposite effect from what was intended. The previous videos were shocking enough, but their professionalism made it seem as if they were movies. Now the naked barbarity of the executions, in part through the lack of professionalism, may stiffen the resistance of some people to the message of IS. 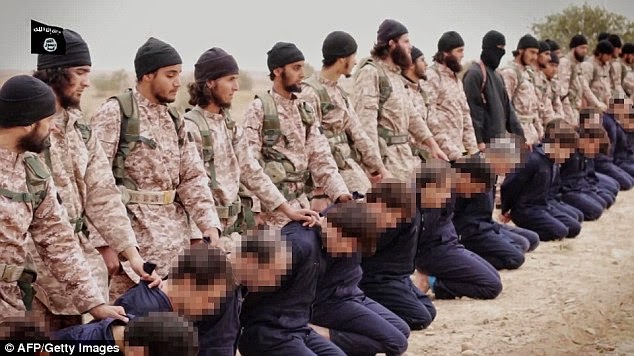 The US involvement in the war against IS is one of the reasons why IS has been so successful in recruiting foreigners to join IS. But this time IS might have damaged its cause, at least temporarily.
This involvement of the US and its allies in Iraq is ineffective and is, in my opinion,just plain wrong. As many have observed already, IS cannot be defeated by air strikes, bombs, and bullets aimed at hitting the infrastructure and the strategic objectives of the organization.

No war against IS can be won without stopping its rise and its propaganda efforts to recruit members in the West. The campaign to stop that recruitment may have been aided by the clumsy, blatant propaganda of the new video, which contrasts sharply with the slick professionalism of earlier videos.

IS has become more radicalized because of the US involvement. IS has been very successful thus far, Ye it is premature to argue that this this video is a setback. There is still plenty ot time for IS to recover and be successful again in recruiting people to its cause. This gory video and the accompanying photos may still appeal to some sick minds.

If the US and its allies wrongly persist in staying in Iraq, they should do what they can to lessen the appeal of IS by becoming more strategic. They should tackle IS by targeting its funding and wealth. The focus should be on driving IS away from the oil fields they control and that provide much of its revenue. IS should be made bankrupt and forced to self-implode. Unfortunately, even this strategy may ultimately prove unsuccessful.

One thing the US, and the Western nations that support it, must avoid like the plague: they must not commit any ground troops in Iraq. That failed miserably in the past. Such previous involvements are part of the legacy that gave birth to IS. 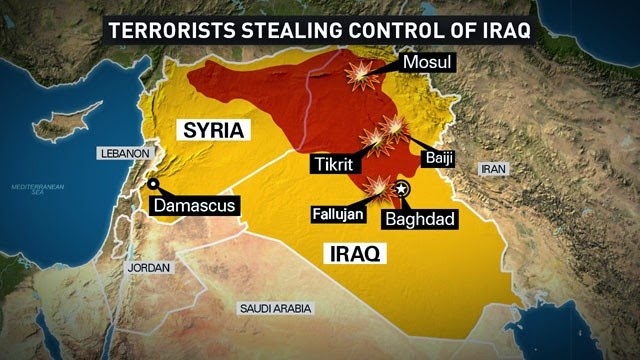 In the end, the US and its allies will be forced to leave Iraq with IS undefeated. What makes this war almost impossible to win is the declaration of the Islamic state by IS. This declaration is rooted in the Qur'an and is what makes it difficult for many Muslim-majority countries to involve themselves, except in a token fashion, in the war against IS. For Muslims all over the world the establishment of a new caliphate has both great emotional and religious appeal,

The radicalization of IS will probably continue, in spite of the small hiccup posed by the most recent video. Western nations must do what they can to stymie these efforts by handling in a positive way the disaffected people in their countries who want to join the jihad. The Scandinavian countries are doing this and other countries should follow their lead.

Both Boko Haram and IS have been radicalized and are in turn radicalizing others. This radicalization can be stopped, but it will require different weapons than are currently being used.

But do NOT, I implore you, blame all Muslims for what these groups have done in the name of Islam. They are not true Muslims. Muslims are those who have submitted themselves to God (that is what the name means). But these groups do not worship God; they only worship violence. They are Islamists (see an earlier post) who must be stopped, although further violence is not the way to do that.