How should Canada (and other nations) respond to the Syrian refugee crisis? 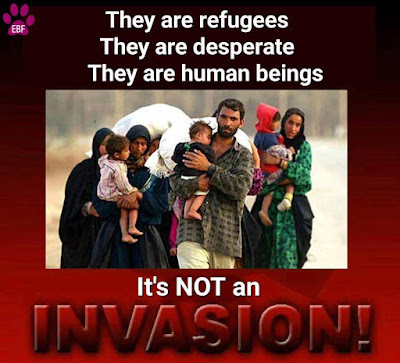 The world is now witnessing various responses to the stream of refugees flooding Europe. Photos of these refugees, especially of three-year-old Alan Kurdi, whose body was washed up on a Turkish beach, have affected people all over the world, They have galvanized many into action, but they have also polarized the world.

A wide variety of responses was to be expected, of course: varying from the generous, loving response that this crisis demands to the hard-hearted response of those individuals and nations that would prefer to have nothing to do with these unfortunates.

I would suggest that the responses can be divided into two groups: good and bad. There may be nations (and individuals) that would like to place themselves in the middle, and thus avoid the label of either good or bad. But is such a middle position possible? I think not. Half-hearted love is not the love that is needed in this situation. Either one rolls out the welcome mat or one does not.

Germany is an example of a good response while Hungary typifies the bad. Germany has already expressed a willingness to accept 800,000 Syrian refugees as well as another 500,000 in succeeding years. Hungary, in striking contrast, has built a wall to keep refugees out of the country in order to preserve its "Christian values," as Prime Minister Viktor Orban has stated so bluntly.

Germany's response is a truly Christian one that is characterized by love and a willingness to welcome the stranger, which is a thoroughly biblical concept (see Matthew 25: 32-46). There may be other motives in that country as well, such the need for more workers, but that does not negate Germany's altruism. Iceland, where 12,000 people have already expressed their willingness to open their homes for Syrians is another example of the response that is needed. 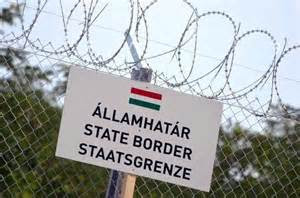 On the other hand, Hungary's response is un-Christian, in spite of any talk about "Christian values." Other European nations have opened their borders to refugees, but many, including Britain, are reluctant to accept the quotas that the EU is imposing. Greece and Italy have already admitted more than their fair share because of the all the boats that have headed to their shores,

The Gulf nations are unwilling to accept any Syrians at all, although they are prepared to provide money to aid their co-religionists. These countries realize that Syrians, as well as many other Middle Eastern nationalities, speak Arabic and thus cannot be evicted very easily. Moreover, they represent a political threat to these regimes.

Canada and the US would like to be on the side of the good guys, but neither nation has thus far responded in a truly welcoming fashion. The US has done very little in the past to help relocate Syrian refugees.

In the next fiscal year, the US has promised to accept an additional 10,000, but this not enough for many Democrats.  However, this is too many for some Republicans who fear that  Syrian refugees will commit acts of terrorism. Republicans in the US and Conservatives in Canada are singing the same awful song that warns their citizens about the dangers of terrorism. 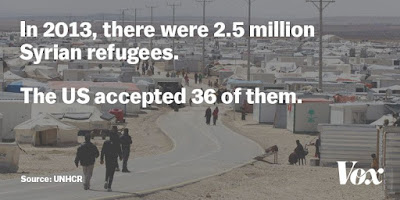 Canada has promised to accept an additional 20,000 Syrian and Iraqi refugees but spread over four years, and all would have to be carefully vetted in order to eliminate any potential terrorists.

"Our country has the most generous immigration and refugee system in the world. We admit, per capita, more people than any other," is the claim made repeatedly by Prime Minister Stephen Harper and his ministers when asked about the Syrian refugee crisis.

Macleans magazine argues that this claim is false (see this article for the details). Due to public pressure in the middle of the current election campaign, the Conservative government has promised to do more for Syrian refugees and to facilitate their arrival, but security still seems to be the main concern of the Conservatives. In spite of the photos of the dire straits of these people. the government remain as hard-hearted as ever.

Why doesn't the Canadian government promise to arrange transportation for these refugees, preferably before they have to risk their lives fleeing to Europe? That is what previous governments did in 1956 in the case of Hungary and again in 1979 with the boat people from Vietnam and other parts of Indochina. 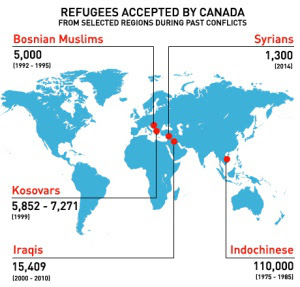 At that time, Canada took in 37,000 Hungarian refugees and 60,000 Vietnamese. There are many other cases as well where Canada has accepted thousands of refugees. The Toronto Star tells some stories how these refugees were welcomed to Canada in its September 12, 2015m edition. Surely, Canada can do as much or even more this time!

The other parties have already indicated their willingness to accept more refugees, but even these promises pale when compared to the millions of Syrian refugees still stuck in Turkey or in Syria itself.

Security should not be the main issue when faced with such needs. For many Syrians, it is a matter of life and death. The father of little Alan Kurdi has blamed the Canadian government for his death. Shame!

The Conservatives have now enlisted the services of  Lynton Crosby, a world-famous political strategist from Australia known as the "Master of the Dark Political Arts."   He is an ultra right-wing political strategist from Australia who specializes in campaigns loaded with racially charged code words that defend failed right-wing policies by vilifying vulnerable people, including refugees. 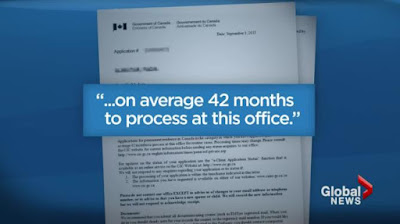 Can Canadians really expect the Conservatives to be in favor of admitting many more refugees than they had promised earlier? Not likely! They are adjusting the numbers slightly, but they will only admit those who have been approved already by UNHCR. However, they are promising to match the amounts up to $100 million that individuals and groups are donating to help refugees, but that this aid would be directed to agencies that are working in the region,

Yet they will continue to indicate their preference for refugees who come from minority groups (read non-Muslims). This discrimination is totally unacceptable, but it stems from the security concerns that the Conservatives have touted repeatedly. This "fear factor" is central to their election strategy.

Macleans outlines six steps to enable Canada to meet the admit 200,000 refugees. All these steps are easy to implement, except the suggestion that the federal leaders discuss this issue and agree that the issue is too pressing to be settled after the election or to be held hostage by partisan politics.

Sad to say, even these 200,000 would hardly make a dent in the total number of displaced people in the world, which the UN estimates at more than 60 million. As the magazine admits, Canada would still not have "the most generous immigration and refugee system in the world." However, it would be a significant step forward, and one the rest of the world would notice. But it would be the right thing to do. 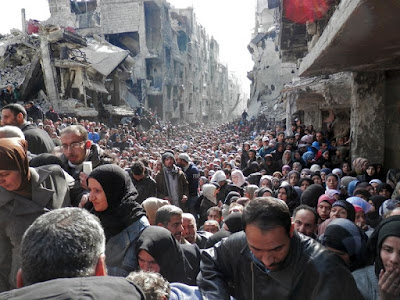 Canadian provinces and cities have already promised to finance more admissions of refugees, but they need the help of the federal government to admit them.

There are millions waiting to go somewhere and flee the war in Syria. They cannot wait any longer. Winter is coming soon. Their situation is desperate. They need help now, Have a heart, Canada!

Canada must admit more refugees. Refugees are not all terrorists. How can a three-year-old child or an 82-year old grandmother be terrorists? Most of them only want a new home, at least until the civil war in Syria is over and they can return home.

Canada must also do what it can to end that war. The main culprit in that war is not ISIS but the Assad regime. They pose a greater threat to Syrians than ISIS does,

Then, and only then, will Canada, a nation of immigrants and refugees from all over the world, regain the respect that it formerly received for its treatment of refugees. And then too Canadians can once more be proud of their country.

May this not be Canada's (and other countries') response! 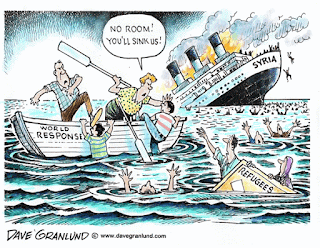