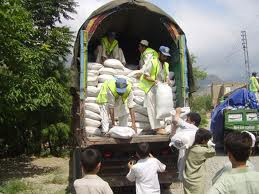 Does food aid feed conflict? That may seem like a strange question. I would have thought so too until I read an article recently in Canada's Globe and Mail.  The question as it is phrased here is mine. I will discuss why food aid feeds conflict, and I would like to suggest one way in which such aid does not have to do that.


Humanitarian workers are stopped at roadblocks and forced to give up vital food aid as a “tax” for safe passage. Aid vehicles are commandeered by armed factions, then sold or used in battle. And supplies stolen from refugee camps are used to buy weapons for rebel armies. These are a few examples mentioned in this article that explains how foreign aid, food aid in particular, inadvertently can promote conflict in some parts of the world.

The article cites a new study from the London-based Centre for Economic and Policy Research which argues that the issue represents a systemic problem. Specifically, "an increase in US food aid increases the incidence, onset and duration of civil conflicts in recipient countries," is the claim that economists Nathan Nunn of Harvard University and Nancy Qian of Yale University make. 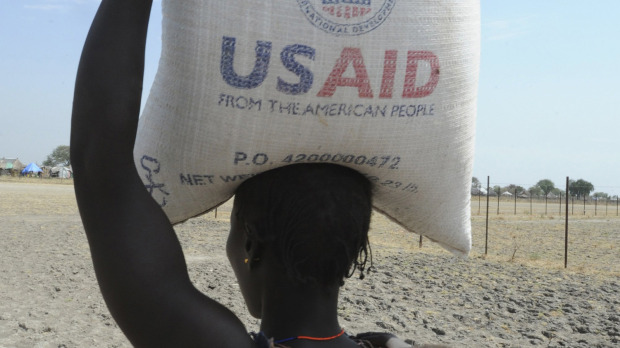 In a previous study, according to the Globe and Mail, Profs. Qian and Nunn had found that the flow of US food aid tends to increase because of surpluses in American markets, rather than because of any inherent need in recipient countries. Through a price support program for American farmers, the US government purchases surplus wheat, then ships it to needy countries as part of its massive food support program.

Nunn and Qian set out to determine in their recent study whether those surplus shipments of wheat had a consistent effect on armed conflicts in developing countries. After controlling for a variety of factors including shifts in US foreign policy, they compared 35 years of data on aid from the UN Food and Agriculture Organization with statistics on war from the Armed Conflict Dataset at Sweden’s Uppsala University.

Their finding was that following high production years in the US, regular recipients of aid experienced a jump in both the onset and duration of violent conflict within their borders. An increase in US food aid of 1,000 tonnes boosted the incidence of civil conflict by 0.38 percentage points. The same shipment also decreased the probability of an existing civil war ending in a single year by between 0.48 and 0.61 percentage points.

The effect was most pronounced in cases of small-scale civil conflicts involving governments. Aid made little difference to wars and large conflicts involving more than 1000 combat deaths a year. Interestingly, countries with limited road networks tended to fare the worst, supporting accounts from aid workers about food aid being seized at roadblocks, according to Qian.


The Globe and Mail notes that the study stopped short of offering policy suggestions. Its message is not that “aid is bad." Qian explains: "These are problems no one intended. But policy makers should know that we don’t want to be just randomly giving out aid. It should be targeted. It has to be."

I have no way of verifying this study, nor it that necessary. Prof. Qian's concluding remark is important, and it is where I want to add by two cents. Food aid may indeed feed conflict, under the conditions mentioned in this study, but food aid should not be terminated for that reason. 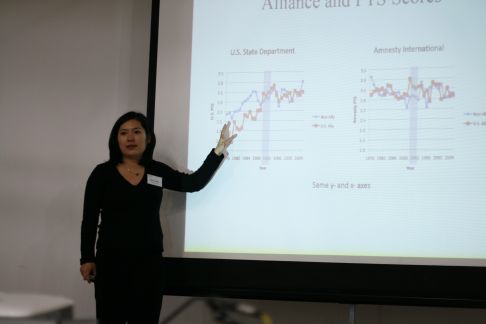 As she points out, food aid needs to be targeted appropriately. It should not be handed in a random fashion. And, I would add, it should not be given out for political reasons. Instead, it should be distributed through NGOs, which are often much better qualified to see that the food gets into the right hands and can avoid that politicization.

Especially in areas where there is conflict, NGO's are better suited to distribute aid, especially food, than are governments-related organizations. The likelihood of misuse that is made of such aid is much higher in the latter case. American aid is often used for propaganda purposes by the US government, while rebel groups are more easily tempted to steal that which the "Great Satan," or whatever other epithet is used locally, has provided.

Undoubtedly, NGO's can be victimized as well. As a foreigner, I have been stopped on many occasions even when I was not carrying food. When stopped, the rule I was taught in Nigeria was to wait as long as it takes; it is a game to see who blinks first. Admittedly, that is more difficult when one is driving a truck laden with tons of food, but even then one does not represent a government that is often widely seen as siding with the oppressors in many countries.

There are other, better ways to distribute surplus food than the way the US government has chosen to do. Let me use the example of Canada. No doubt there are many other examples as well.

Canadians can donate surplus crops to the Canadian Foodgrains Bank, which is a partnership of Canadian churches and church-based agencies working to end hunger in developing countries by increasing and deepening the involvement of Canadians in efforts to end hunger.

On behalf of its fifteen member agencies, the Foodgrains Bank, according to its webpage, collects grain and cash donations, provides funds and expert advice for projects submitted by member agencies and their partners, manages the procurement and supply of food commodities, and engages in public policy and education activities related to hunger and food security.

Each church group has partners in countries that require food aid. If a region requires food aid a partner there will contact a Foodgrains Bank member and assistance will be arranged. Where appropriate, grain will be shipped from Canada. More often the grain grown here will be sold and the money used to help in each unique situation.

For example, where rice is the staple of the diet there is no point in sending corn, but this corn can be sold and the money used to purchase rice locally, which helps the local economy in two ways. The Foodgrains Bank also encourages local development programs with food for work programs. This is another way to stimulate the local economy. 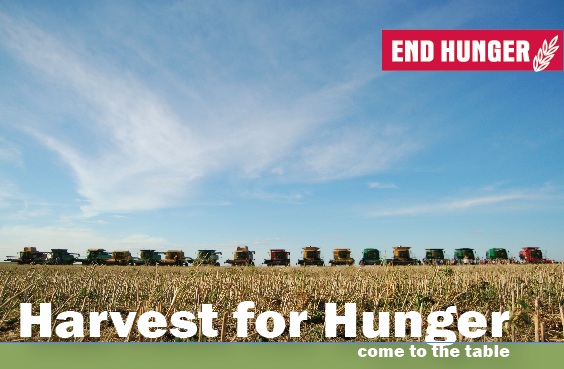 On Wednesday, October 5, 2011, 160 acres of soybeans were harvested by 120 combines in almost twelve hours. Thousands of people gathered to witness the event at a farm north of Monkton, Ontario. In all over $250,000 was donated to the Foodgrains Bank!

Church-based agencies that distribute this food internationally can do so much more effectively that any government-related organization. And, equally important, there is less chance that it will be misused the way this recent study indicates. While there still may be occasions when humanitarian workers are stopped at roadblocks and forced to give up vital food aid, these will be much less than when that aid is distributed directly by a government.

The study dealt with gross examples of injustice perpetuated on both sides. In striking contrast, the Canadian Foodgrains Bank and its member agencies seek to promote justice wherever the work of distributing food is being done. The goal clearly must be justice. The Foodgrains Bank is not perfect, but it is much better than the alternative sketched by this study.